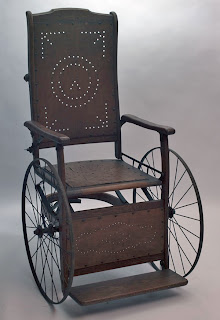 Some technologies last for a really long time before they become obsolete. Newspapers are a still current example of things that are becoming obsolete that have been around for centuries, but which are unlikely to continue existing in anything like their old, familiar form thanks to the onset of newer, better technologies.

And then some technologies hang on because there really isn't any way they can become obsolete, although technology can be applied to make them better satisfy people's needs.

One example of that is the wheelchair. Designed to make it possible for people who cannot walk to be able to move themselves around, or so that others can move them around more easily, wheelchairs today are essentially unchanged from what they looked like over a hundred years ago. 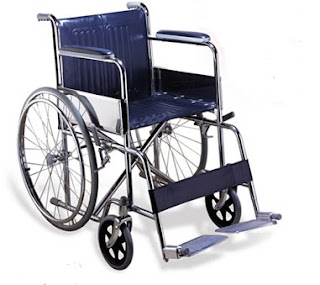 It's not that technology has been idle. Wheelchairs are now made from different materials so they can hold up to use better than older designs could. Some have been paired with electric motors, which makes it easier for some to move around. Others have been optimized to be used in sporting events.

But no matter its current form, the wheelchair of today would be instantly recognizable to a time traveler from the past for what it is: a chair that rides on wheels for transporting people who can't walk.

But then, suppose that one day, the wheelchair as we have known it suddenly became obsolete. What could possibly replace it?

The day of the wheelchair's technological obsolescence may be here sooner than you think (HT: Core77): 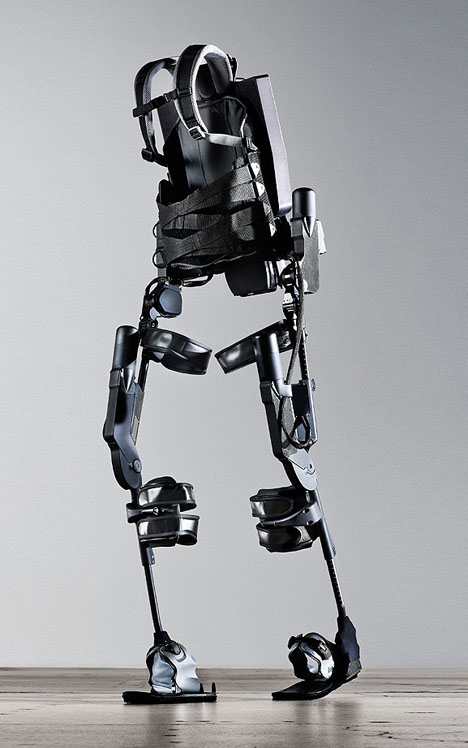 This year, California-based Ekso Bionics will begin shipping their eponymous product, a robotic exoskeleton that will enable paraplegics to do the unthinkable: Walk. New York's Mount Sinai Hospital and other rehabilitation clinics in the U.S. and Europe are expected to purchase commercial models once performance and reliability trials are cleared--trials overseen, interestingly enough, by America's Food & Drug Administration.

Ekso Bionics began as Berkeley Bionics in 2005, and early military cooperation helped the firm produce the HULC, a militarized version of the exoskeleton designed to help able-bodied soldiers tirelessly lug heavy payloads through rugged terrain. Lockheed Martin (whose somewhat creepy company motto is "We Never Forget Who We're Working For") licensed the technology in 2009, freeing the company now known as Ekso to begin focusing on its civilian version. The company's work has since earned it a 2012 Edison Award nomination.

It's hard not to be moved by the video of an early product tester, a woman who has not walked since sustaining a spinal injury nearly 20 years ago. For some reason Ekso has rendered the video unembeddable, but it can be freely viewed here.

Can you imagine what might replace the exoskeleton that makes it possible for paraplegics to walk? Because that's something that will happen someday.