A quick story in pictures, as we're still sorting things out: 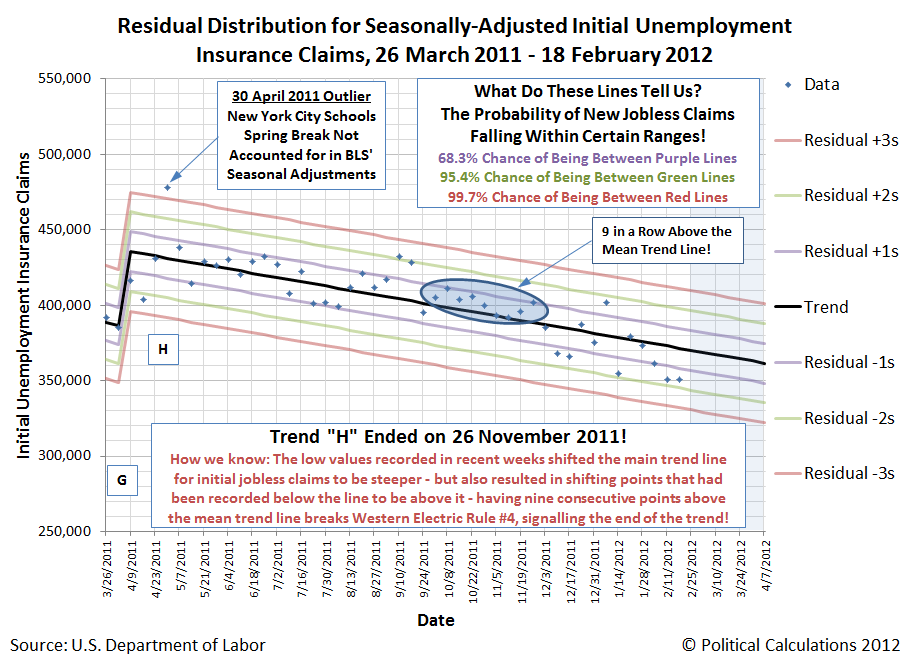 Officially, the previous trend, which we've identified as "H" in the chart above, began on 9 April 2011 and ran through 26 November 2011. Here's where we've described each trend in seasonally-adjusted initial unemployment insurance claims since 2005.

For those playing along at home in deciphering the notes on our statistical control chart-inspired analysis, here's a quick review of the Western Electric Rules via Wikipedia, which are the ones we follow in determining whether a trend for initial unemployment insurance claims is in effect or has broken down. 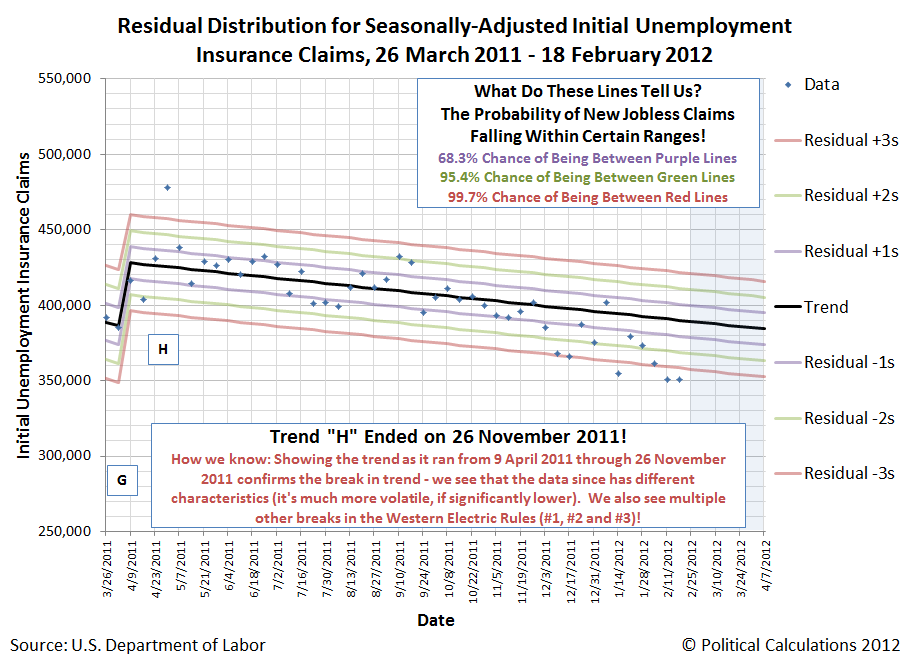 Yeah, breaks in the trend are sometimes easier to see after the fact! See our previous chart to understand why we didn't see it sooner! But hey, what does the new trend look like? 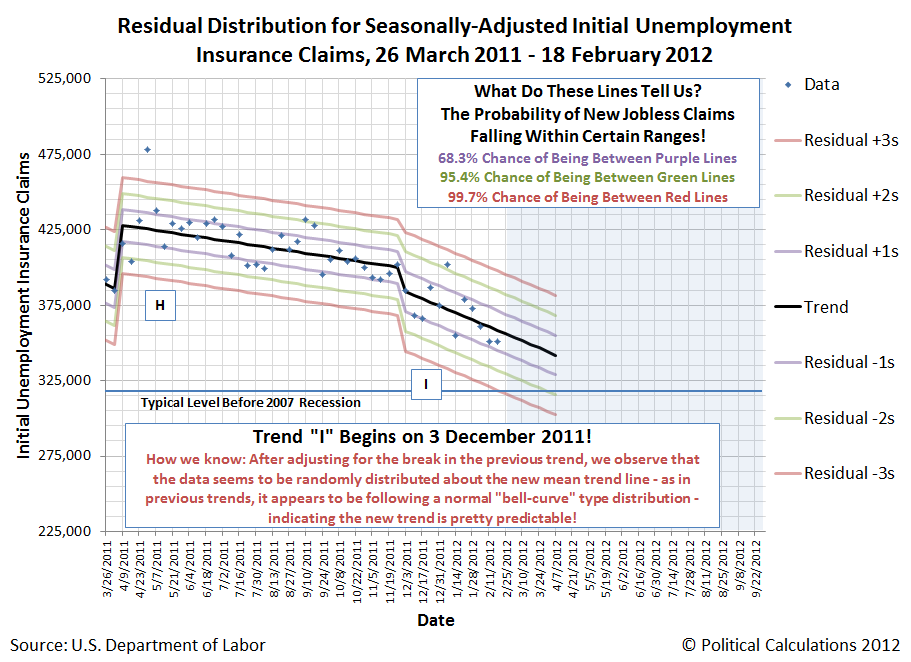 The new trend officially began on 3 December 2011 and has continued through at least 18 February 2012. We suspect our previous prediction that the trend will flatten out in the weeks ahead will come true, given that we're closing in on the typical level of new jobless claims recorded before the recession began in December 2007, as the U.S. economy peaked at that time.

More soon, including our identification of exactly what caused the break in the previous trend in U.S. layoffs, in a follow up post....