Political Calculations
Unexpectedly Intriguing!
March 15, 2012
The Natural Rate of Unemployment in the U.S.

Given today's economic situation, what is the natural rate of unemployment in the U.S today? 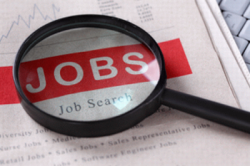 To answer that question, we're dusting off an old tool today, which we originally developed back in August 2007 to find out how much slack there was in the job market at that time.

Back then, the U.S. economy was still growing, which it did all the way through the end of that year, as the economic expansion peaked in December 2007 before heading south toward recession in January 2008.

In retrospect, with a recession beginning just five months later, that seems like an understatement.

Today though, the news media is filled with reports that the jobs market has finally turned positive, so our question then has more to do with finding out what its potential for improvement might be.

And that's why we're asking what the natural rate of unemployment might be, because that would define the best case scenario for today's unemployment rate.

In using the tool below, the best results will be obtained if all the entered data applies for the same month. With that in mind, our updated default data in the tool below applies for January 2012, as the JOLTS data is only current through that month at this writing (you can update the data yourself with more current data as it is published):

That outcome agrees with our tool's finding for the data of January 2012: there's not a lot of slack in the job market, so there will be little prospect of significantly altering the official unemployment rate data in the short term.