Why does the following chart, which spans 50 years of data for the United States in the post World War 2 era, look the way it does? 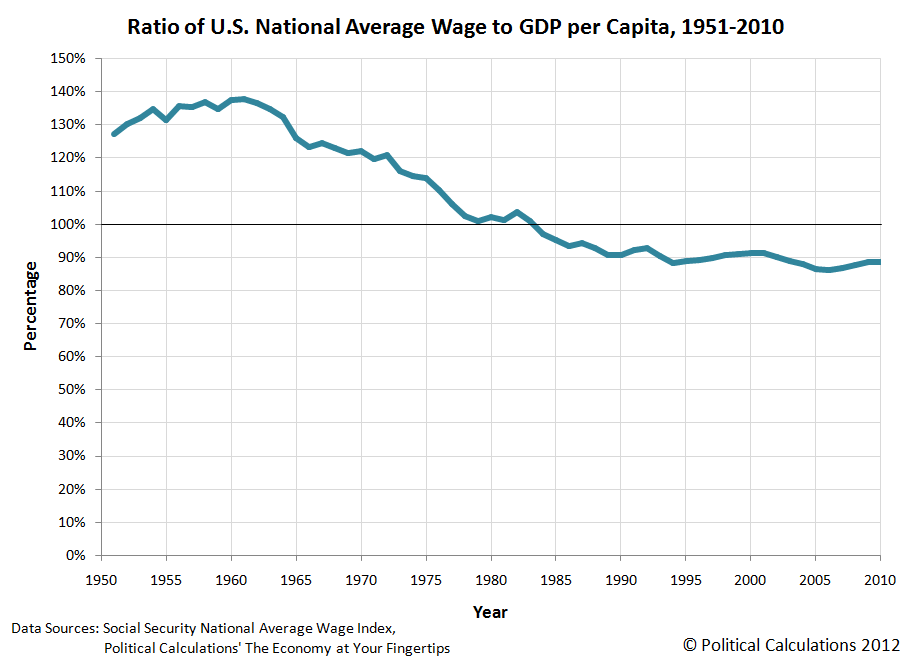 What we can't explain is why these patterns exist. How can the average wage earned by individuals in the U.S. go from being as much as 37.8% higher than the U.S.' GDP per Capita over forty years ago to being steadily 11.4% below that quantity three decades later. What factors caused this ratio to first rise, then fall, then stabilize?

Our next two charts visualize the source data behind our ratio calculation. The first shows the National Average Wage Index, as reported by the U.S. Social Security Administration, which at this writing, only covers the years from 1951 through 2010 (they will add the data for 2011 sometime in October 2012): 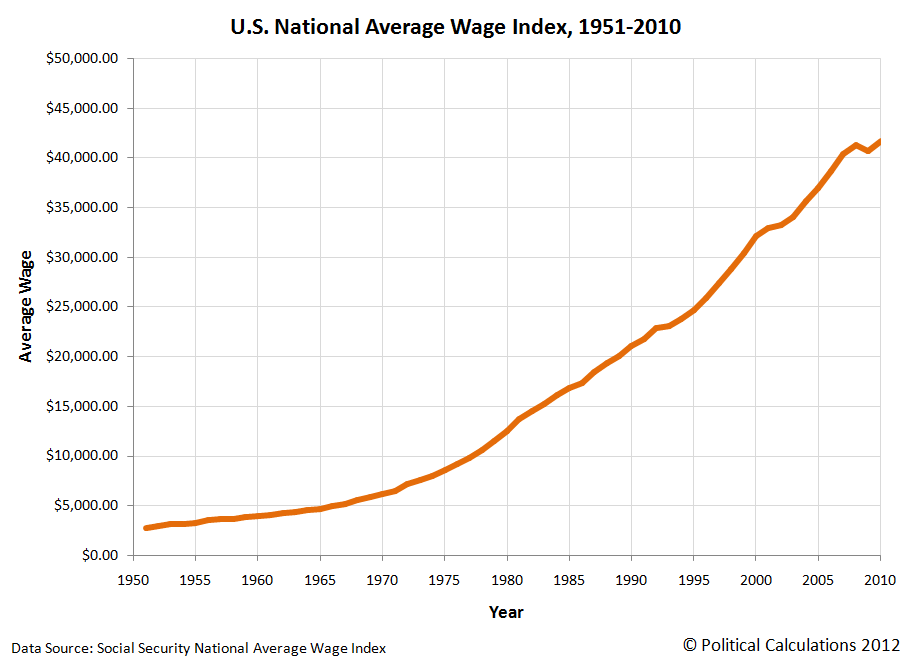 The second shows our calculation of the U.S.' GDP per Capita, where we've extracted the data for the years of 1951 through 2010 from our tool, The U.S. Economy at Your Fingertips: 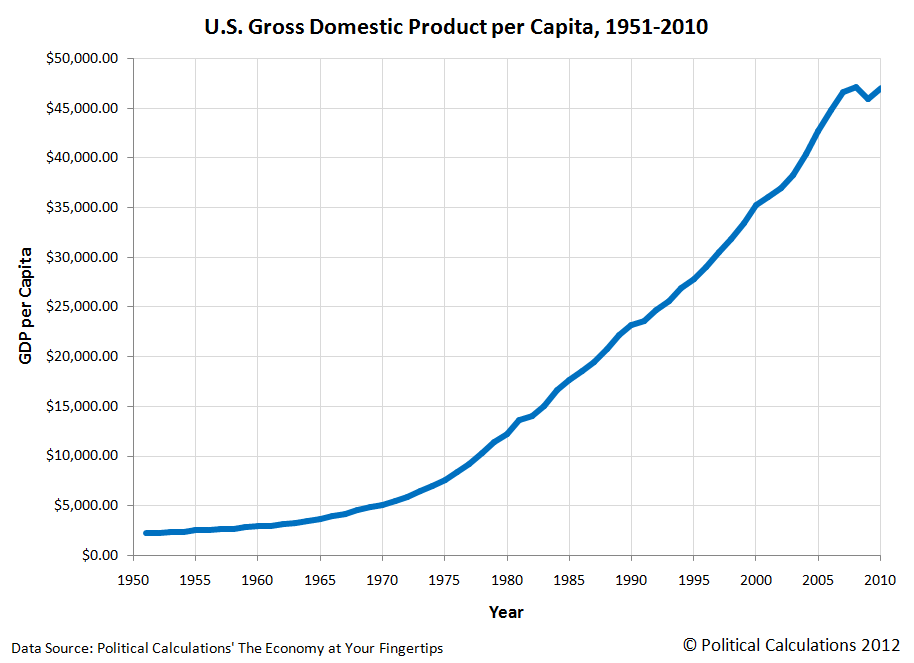 For us, the best part is that we have absolutely no idea what the answer(s) are. We have some hypotheses based upon other patterns or trends that have taken place over the years, but need to put together the data to put them to the test.

In the meantime, you're more than welcome to beat us to the punch - we don't have a timetable for coming up with a coherent explanation that accounts for all that's going on in that first chart. Just drop us a line with a link to what you find and can back with hard data, and we'll be happy to point our readers in your direction!