Things have changed for the future of U.S. stock prices! First, the data for the first several trading days in June indicates that investors have shifted their forward-looking focus from the fourth quarter of 2012 to the first quarter of 2013: 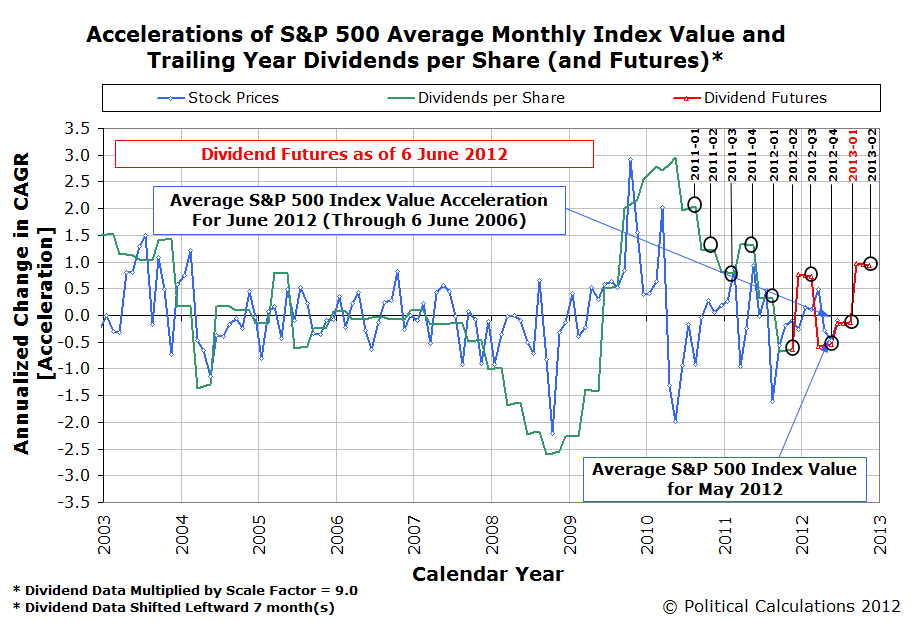 Next, let's look at how that shift in focus translates to the expected level of trailing year dividends per share through the first quarter of 2013: 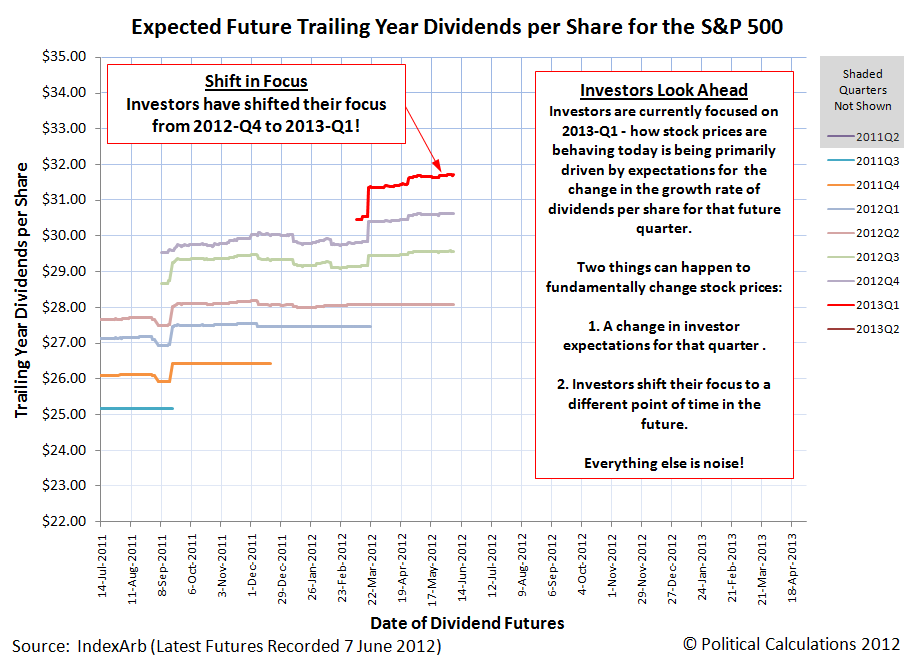 The final note on our chart above is significant, because as of 6 June 2012, the level of noise in the stock market has significantly spiked upward, largely on the combined speculation that the European Central Bank will act to bail out Spain's failing banking institutions, and that the Federal Reserve in the U.S. will attempt to shore up the U.S. economy, which has fallen into something of a microrecession (side note: as expected) in the second quarter of 2012.

And today, China's central bank has announced a surprise interest rate cut, which stands to further boost the central bank intervention-driven noise event that succeeded in pushing stock prices up so dramatically on 6 June 2012, as the markets recorded their best day to date in 2012.

We should note that these events are not taking place in a vacuum - the actions described are being coordinated among the world's major central banks and financial institutions, largely because they perceive that the global economy is nearing the event horizon of a global depression. They are considering these steps and taking action now largely out of that fear.

What we will see then in the market are stock prices being elevated far above where their expected future dividends per share would place them, as the market enters into a phase where noise, rather than fundamentals, drives it.

Unfortunately, all noise events end - it's only ever a question of when.

There is good news though, at least in the U.S.. The latest dividend futures, which now includes data through the second quarter of 2013, indicates that after rebounding in the third and fourth quarters of 2012, then nearing recession again in the first quarter of 2013, the U.S. economy looks like it will perform more robustly in the spring of 2013 than it has in any of the past few years, which we can see in the future expected level of quarter dividends per share for the S&P 500: 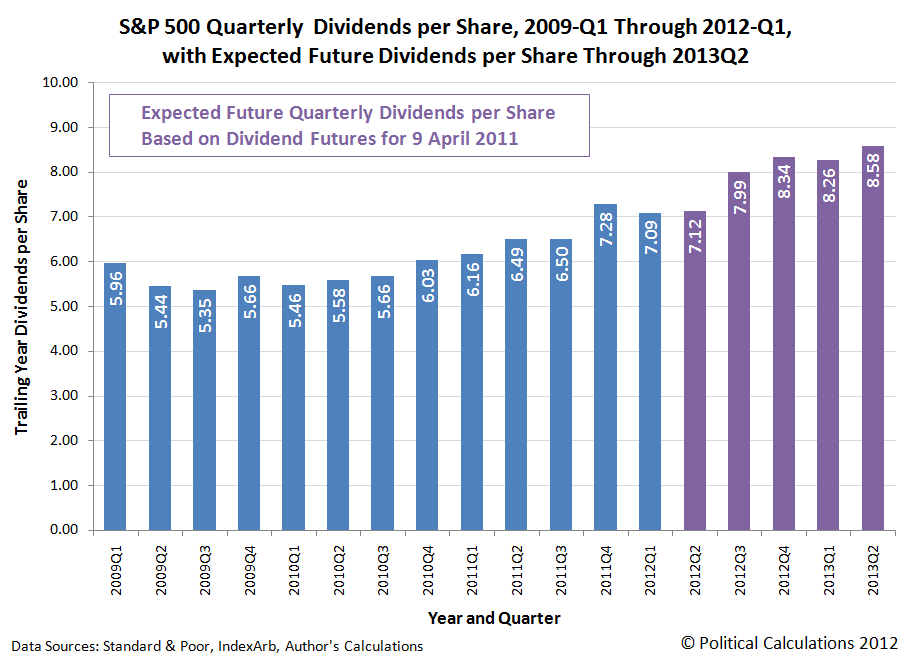 While these expectations could considerably change with the impact of a global recession upon the fortunes of the balance sheets of the companies that make up the S&P 500, much as we saw these expectations change during the period from mid-2008 through early March 2009 in the U.S. as the nation fell deep into recession, at present, they suggest that not much action is needed on the part of the Fed to prop up the U.S. economy.

We may find out as early as today just how panicky Fed Chairman Ben Bernanke is.