Back in August 2010, we became concerned that the professional U.S. news media really were being caught with their pants down far too often when reporting economic news, which they were perpetually describing as "unexpected".

So, we decided to help them out. We shared how we've become able to project the future for the number of seasonally-adjusted new jobless claims each week with such a high degree of accuracy. After all, using those methods, we've been able to transform this particular economic statistic into the most easy to forecast of all economic data.

So, imagine our surprise when we decided to pay attention to their reporting of the most recent new unemployment insurance claims from Thursday, 14 June 2012 when, well, let's let Bloomberg tell the story....

Claims for jobless benefits unexpectedly climbed by 6,000 to 386,000 in the week ended June 9 from a revised 380,000 the prior week that was more than first estimated, Labor Department figures showed today in Washington. Economists projected claims would fall to 375,000, according to the median estimate in a Bloomberg News survey.

Really? Unexpected? Again?! Who exactly are these economists that keep getting surveyed who it seems really couldn't forecast their way out of a wet paper bag?

Let's try something - let's take our statistics-based analytical method and find out just how far back in time we could have put ourselves in the right ballpark for predicting last week's numbers!

Ten weeks later puts us at the data report for the week ending 5 May 2012. Here is the chart with the projections that we could have generated at that time, using the BLS' revised data through 28 April 2012: 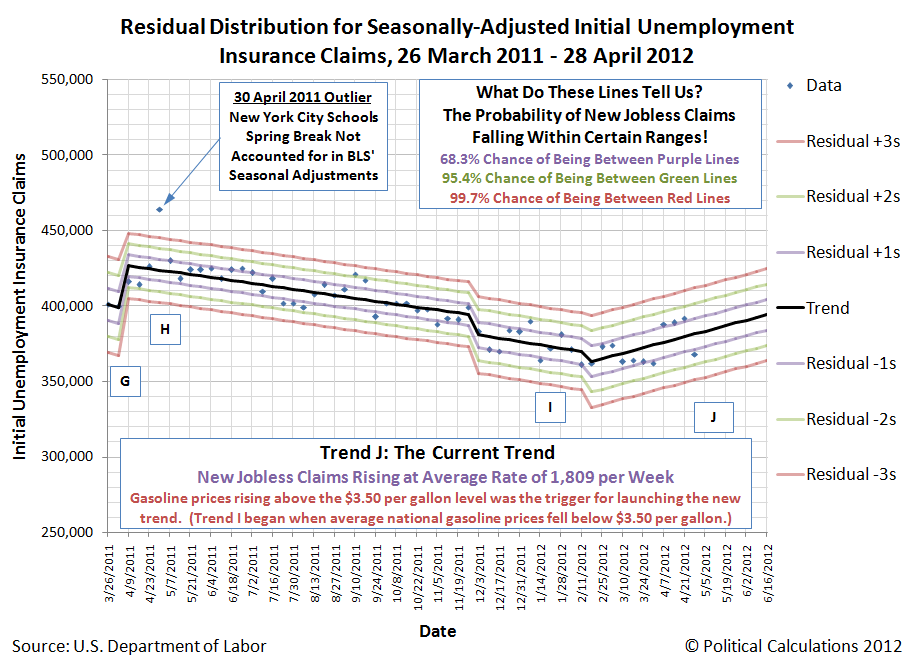 Now, let's fill in all the data that has been recorded since.... 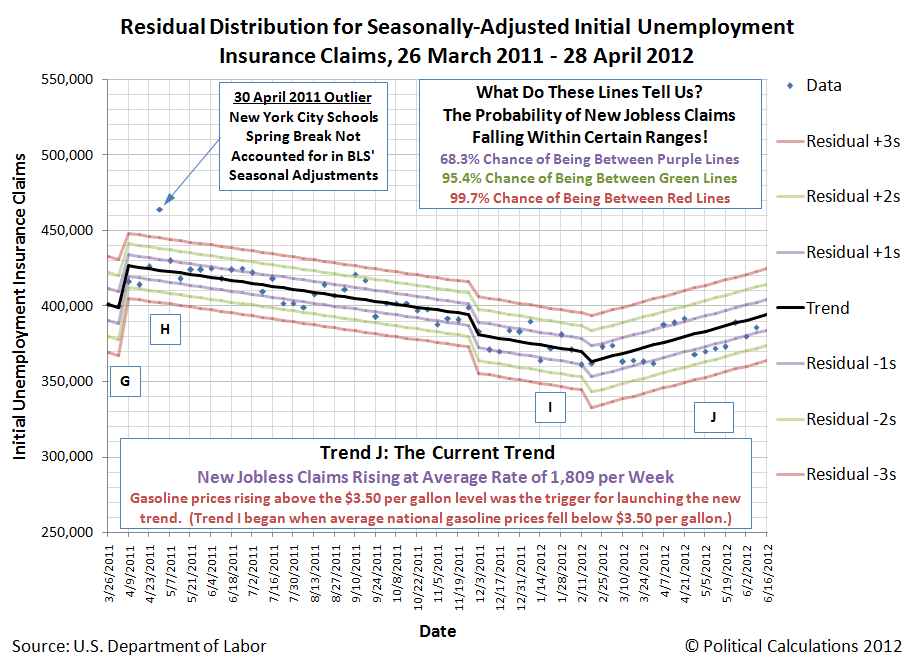 Based upon just ten weeks worth of data, we could easily have projected the range where each subsequent data point would be some 95% of the time for each week up to at least a month and a half later.

Of course, since we have more data now, why not use it? Here's what the chart looks like today based on the data reported through the week ending 9 June 2012: 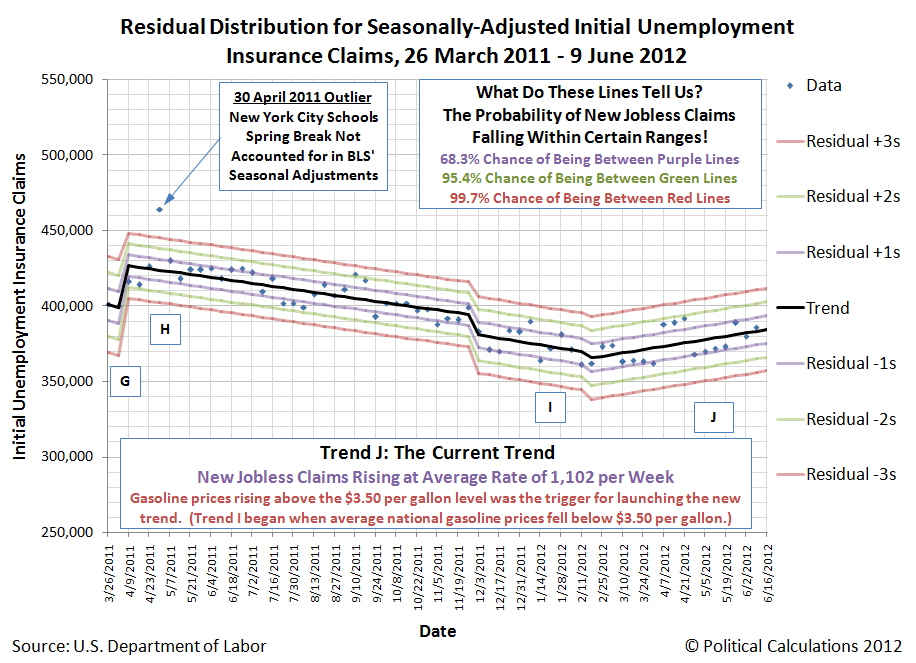