Political Calculations
Unexpectedly Intriguing!
September 5, 2012
Are Teens Better Off Than They Were Four Years Ago?

Not long ago, we featured the following chart showing the official rate of unemployment in the U.S., what the unemployment rate would be if only the same percentage of people were still counted as being part of the U.S. civilian labor force as when Barack Obama was sworn in as President, and what President Obama swore would be the U.S. unemployment rate if only his economic stimulus package were passed into law: 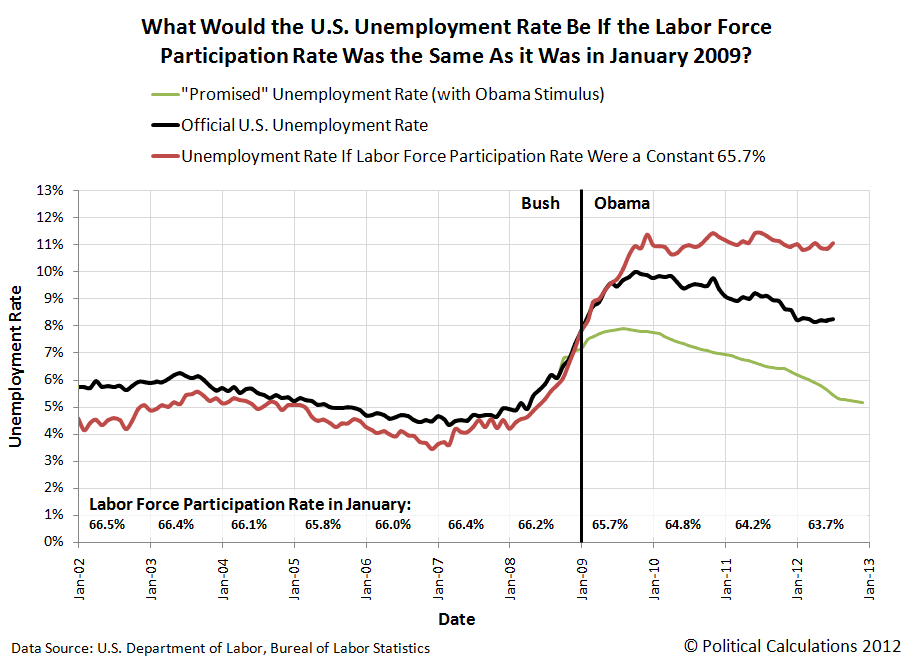 Today, we're going to repeat part of that exercise as we'll focus in on the teen job situation for the last decade. Our chart below reveals both the official teen unemployment rate and what the teen unemployment rate would be if the labor force participation rate for those Age 16-19 was the same as when President Obama was sworn into office back in January 2009: 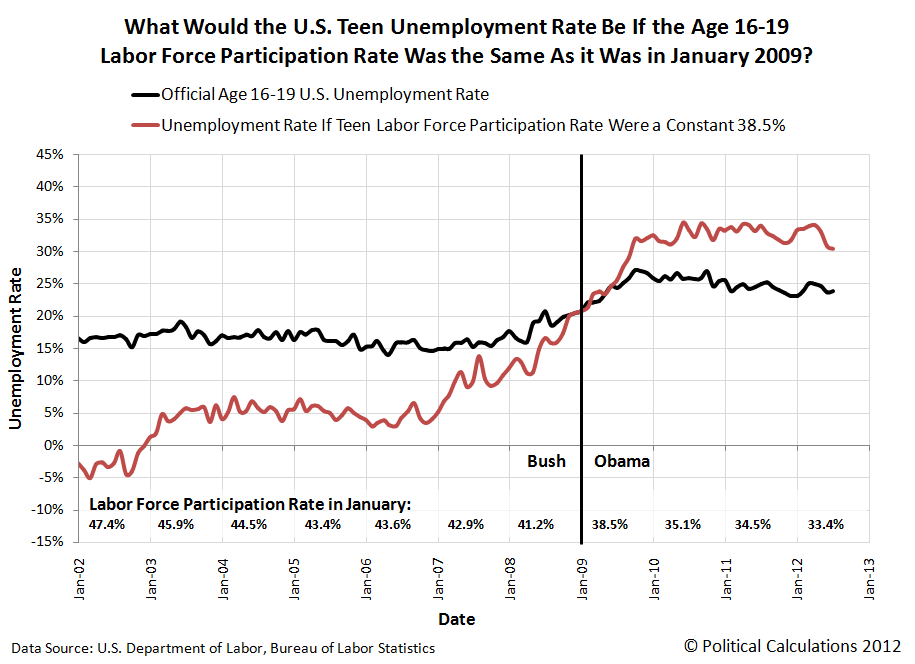 What we find is that if the same 38.5% of the teen population in the U.S. were still being counted as being part of the U.S. work force, their unemployment rate since October 2009 would be 7-10% higher than the official teen unemployment rate.

Looking at the data going back to January 2002, we see that the teen labor force participation rate has been declining in stages. Here, in looking at our constant teen labor force participation unemployment rate, we find that there were significant shifts in the teen unemployment rate approximately occurring in the time from November 2002 through February 2003, and again from January 2007 through October 2009.

We note that these shifts coincide with major changes in the minimum wage, either at the federal level, or at the state level for those states with minimum wages set considerably higher than the federal minimum wage.

The late 2002 early 2003 shift, for example, coincides with state level minimum wage changes in Oregon and Alaska. Meanwhile, the larger shift beginning in January 2007 coincides with a series of significant hikes in the minimum wage in either California (and other high minimum wage states) or the United States, which occurred at approximately six month intervals from January 2007 through July 2009.