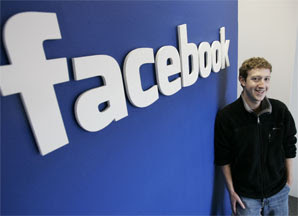 Facebook (NASDAQ: FB) CEO Mark Zuckerberg is one of Harvard University's most famous dropouts, leaving the school to launch his company on the way to becoming a billionaire. But could he be responsible for setting a number of college students infatuated with his creation on the path to unintentionally follow suit, although with much, much less success?

Although we suspect that the real answer to that question will be settled by tort lawyers in the future, what we're really looking at today is how excessive time spent by college students on Facebook affects their grades.

Here, researcher Reynol Junco has published a study that indicates that too much time spent on Facebook lowers the Grade Point Average (GPA) of college students. Finding that the average college students spends an average of 106 minutes (1 hour, 46 minutes) on Facebook each day, Junco documented that each additional 93 minutes per day beyond that level lowers a college student's GPA by 0.12.

That may not seem like much, but when the maximum GPA that can be earned at most universities is just 4.00, tenths of a point matter. That's especially true for students with GPAs in the margins between major letter grades, where missing the mark might mean potential employers pass over their résumés.

The reason why that would be the case is that time spent on Facebook is stolen from time available for study. Or sleep. Or physical activities. Or time that if used for other productive purposes has been noted to provide a positive effect on student grades.

That's why we've created our featured tool today, which college students can use to estimate how much their grades might be negatively affected for spending too much time on the dominant social networking site.

Just enter the average amount of time you spend on Facebook daily, along with the GPA you think you're capable of obtaining this quarter (or semester), and we'll let you know if you're liking Facebook a little too much this session.

If you're not happy with the GPA we show you, just cut back your Facebook time to more reasonable levels. Trust us, neither you nor anyone on your wall is that interesting.

And despite the movie and millions of dollars, neither is Mark Zuckerberg!...