We decided to revisit the Mercatus Center's RegData database, this time to compare recent U.S. Presidents. Although the database only goes back to 1997 and covers the period through 2010, that's enough to span at least a portion of the terms of three Presidents: Bill Clinton (3 years), George W. Bush (8 years) and Barack Obama (2 years). The chart below shows what we found when we calculated the average number of new rules, regulations and restrictions imposed upon Americans per year by each President: 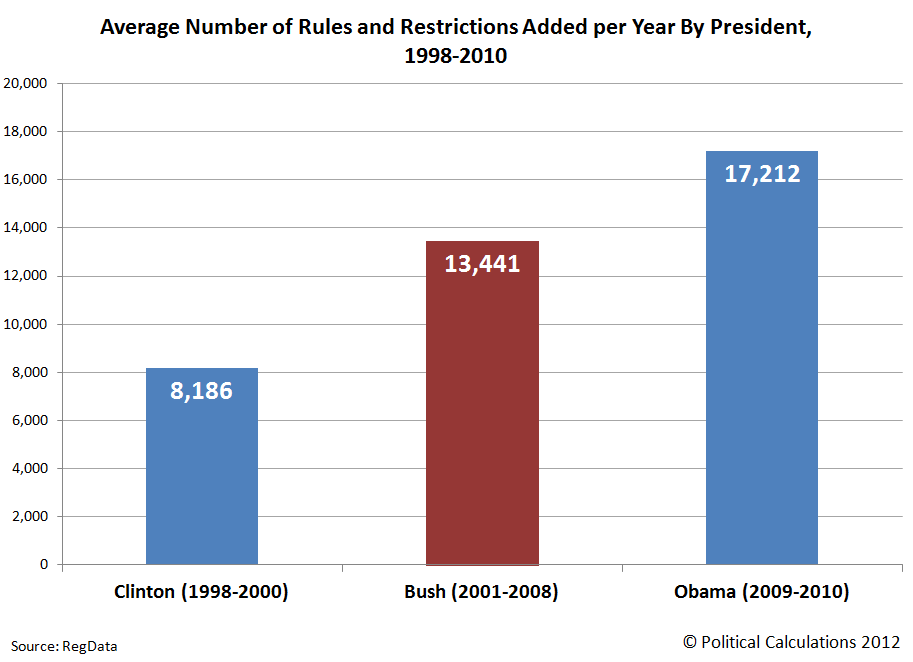 Under which President do you suppose the U.S. economy performed the best for each indicated period of time?

Also note: the chart above doesn't even begin to consider the growing regulatory burden of ObamaCare! (HT: Newmark's Door) Or all those really ugly regulations the Obama administration is holding off on issuing until after the election....