"It's very clear that private-sector jobs have been doing just fine; it's the public-sector jobs where we've lost huge numbers, and that's what this legislation is all about," Reid said on the Senate floor.

The measure subsequently failed and Harry Reid's comments might have been ignored in the flood of history. But then, President Obama chose to immortalize them in a news conference at the White House on 8 June 2012:

So, who's doing finer? People who work in the private sector or people who work for the federal, state and local governments within the United States?

We pulled the numbers from the BLS' Current Employment Statistics, going back to 2000. The chart below summarizes what we found: 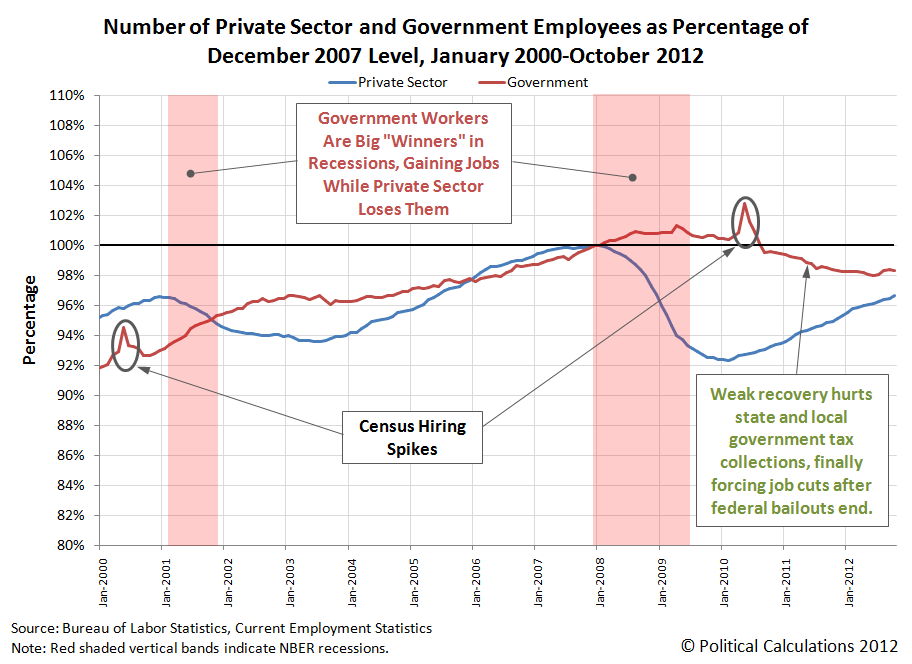 By and large, when a recession happens, it's mainly the private sector who gets hit the hardest. We can see that clearly in the two most recent recessions, where the numbers of people who work for the public sector in the U.S. rose despite the poor economic situation in the nation.

Looking at the most recent recession, we see that the percentage of job declines in the public sector since the official beginning of that recession in December 2007 is far less than the declines that took place in the private sector.

Digging deeper into the data, we find the reason for that is that state and local governments continued to grow in size, largely thanks to having major portions of their expenses paid for by the federal government's various economic stimulus and government program bailout packages, which helped state and local governments that failed to deal with their worsening fiscal situation by avoiding even small cuts to their budgets and employee payrolls until well into 2010.

It wasn't until those artificial stimulants ran out that state and local governments finally responded to their increasingly less-than-expected tax collections from the weaker-than-expected economic recovery by cutting people from their payrolls. 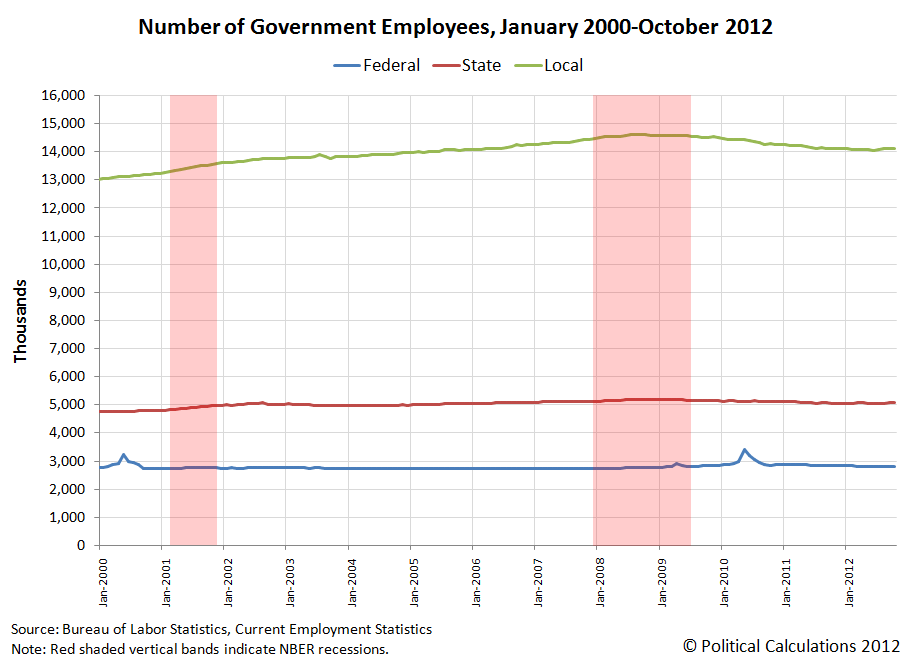 Interestingly, a lot of those job cuts at the state and local governments could have been avoided, if only public sector unions had been willing to accept pay cuts in return for keeping more of their represented members in their jobs.

Apparently, the stickiest wages of all are those of unionized government employees....