We think we finally have enough non-outlier event data to map out the current trend for new jobless claims in the U.S. through the week ending 5 January 2013: 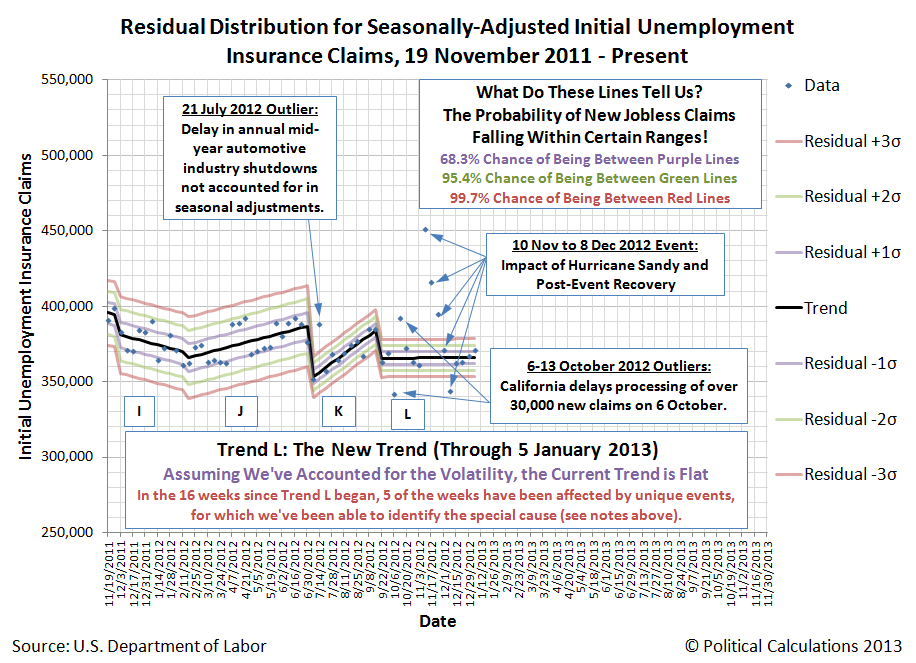 The last time the U.S. had a flat trend for new jobless claims was right before the onset of the so-called "Great Recession" at the end of 2007. The only problem is that it's gone flat at a level some 48,000 layoffs per week higher than was typical during the low-unemployment years of the Bush administration.

As for what brought on the new trend, we believe it was falling gasoline prices in the U.S. beginning in early September 2012, where prices plummetted after spiking at the end of summer in most states other than California, whose refinery problems with their boutique blends caused gas prices there to continue skyrocketing into October 2012.

We have a crazy idea. You know how some people make their own candles at home? What if we put together some kits with the components and equipment needed for people to make their own incandescent light bulbs, similar to the kinds whose manufacture is currently in the process of being progressively phased out, and tapped into the market being defined by those people who are hoarding 100-watt light bulbs? Shark Tank, here we come!

It seems that after eight years of blogging anonymously, we may finally have been outted, complete with a very handsome photo. Or perhaps it's all a horrible error and our Seeking Alpha profile still offers the only real glimpse of our true nature. Either way, it explains a lot!