Picking up from where we left off, we find that the exchange rate-adjusted growth rate of trade between the U.S. and China showed some improvement in October and November 2012: 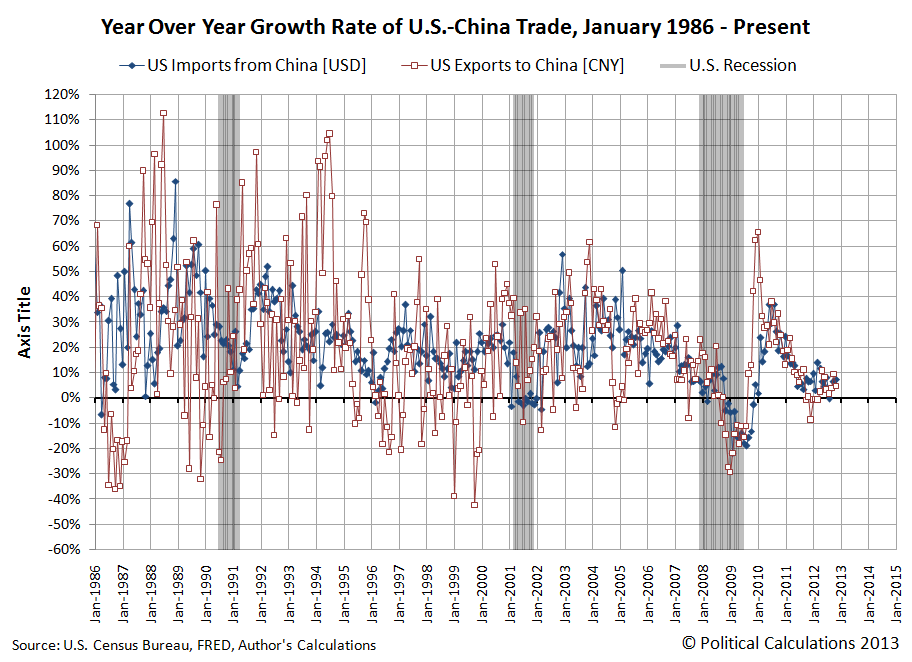 China saw an uptick in the year over year growth rate of its U.S. imports to 9.6% in October 2012, which fell back in November 2012 to 4.6% - a level that we have found to be consistent with near-recessionary levels of economic growth in that nation.

Meanwhile, the U.S. imported a increasing amount of goods from China in both October and November 2012, with a year over year growth rate of 4.8% in October and 5.6% in November. While an increasing year-over-year growth rate would indicate a growing economy, we should note that the trade figures tend lag the economy by anywhere from one to three months, so this result may be consistent with the solid growth the U.S. economy recorded in 2012-Q3.