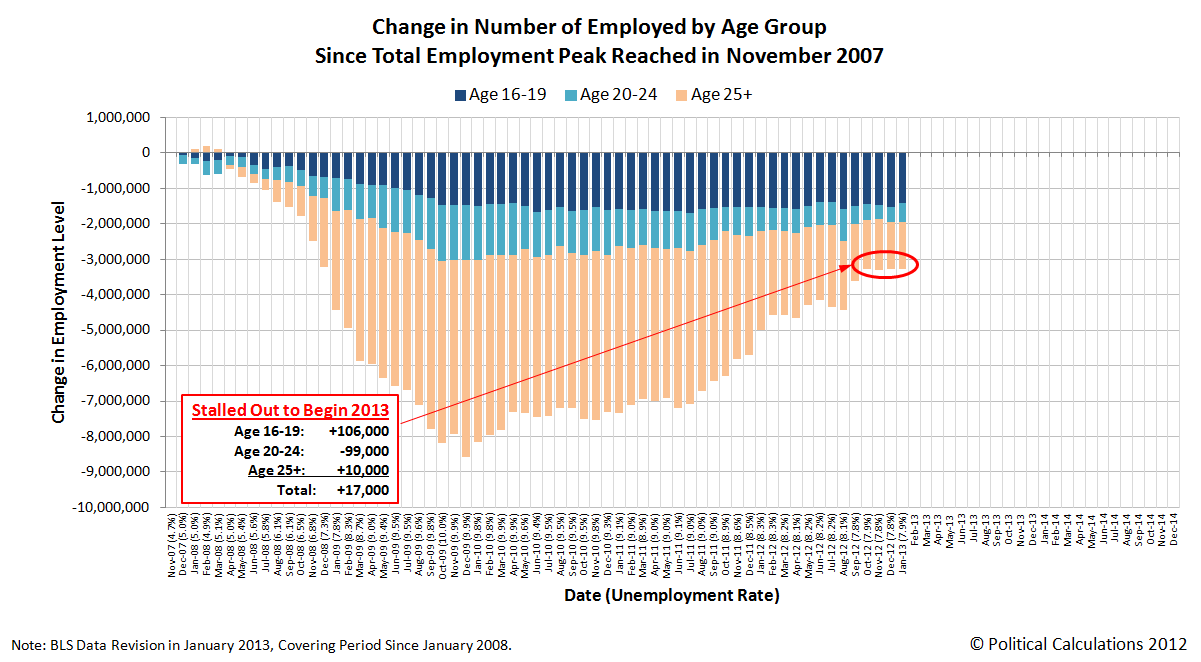 Breaking that change down by age group, we find that the biggest gain in jobs for the month was enjoyed by U.S. teenagers, as individuals Age 16-19 saw their numbers in the U.S. workforce increase by 106,000 to reach a total of 4,508,000.

Altogether, the total number of employed Americans in January 2013 was 143,322,000. That figure is 3,273,000 less that the peak number of working Americans recorded in November 2007, just one month ahead of the peak of economic expansion that marks the beginning of the so-called "Great Recession".

For all practical purposes, where the U.S. employment situation is concerned, 2013 began the same way that 2012 ended - with the nation's jobs situation effectively stalled out, as there has been no meaningful improvement in the economy since October 2012.