The initial inflation phase of the first U.S. housing bubble ran from November 2001 through September 2005, when the Federal Reserve ended its extremely low-interest rate policy following the end of the 2001 recession, as it finally all-but-closed the gap between its Federal Funds Rate and the level at which it would have set that rate if they had been factoring in actual economic conditions in accordance with the Taylor Rule. During this portion of the inflation phase of the first U.S. housing bubble, median U.S. new home prices were rising by $21 for every $1 that median household incomes were increasing.

Taking into account the latest revisions to U.S. housing data, since July 2012, which we count as Month 0 for measuring the inflation of the second U.S. housing bubble, we find that median new home prices in the U.S. are now increasing by $24.71 for each $1 that median household incomes have increased during the period. Our chart below shows the steeper rate at which nominal median new home sale prices in the U.S. are inflating with respect to non-inflation adjusted median household incomes: 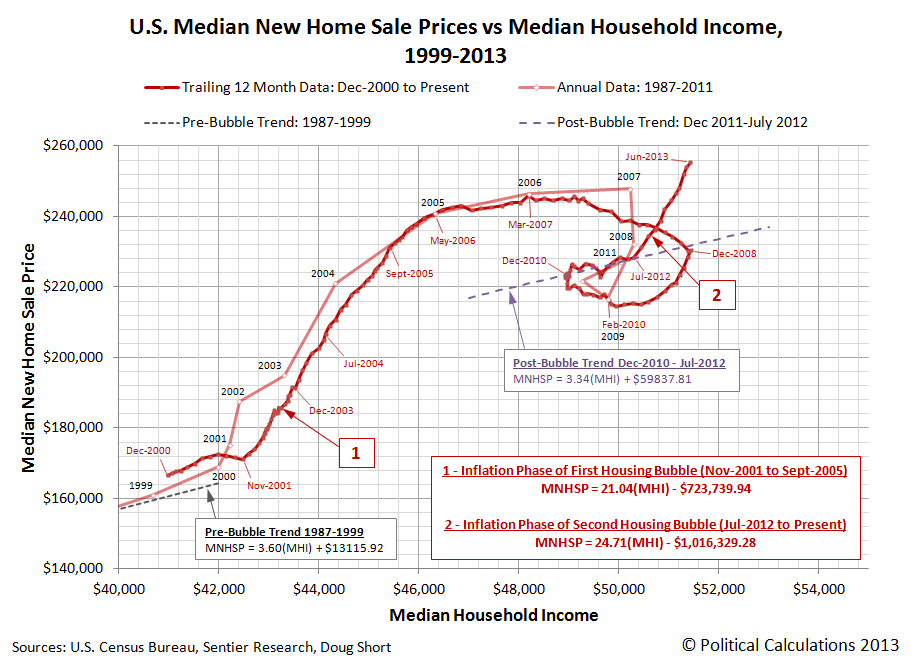 Our second chart provides more historical context for considering the rate at which median new home sale prices are increasing, showing how they have increased with respect to median household income since the income data began to be reported in 1967: 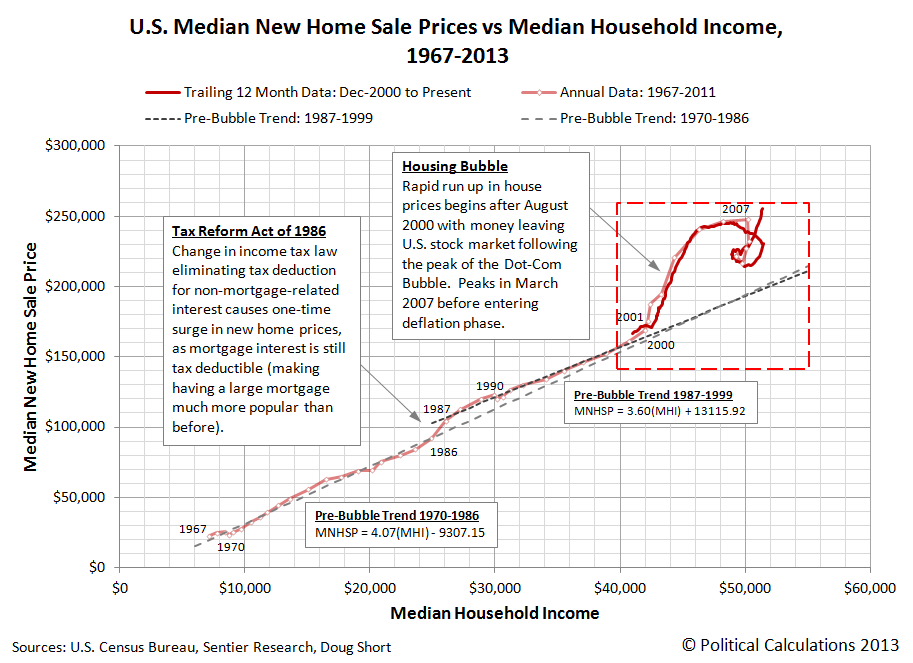 Our final chart shows all the median new home sale price data we have available, indicating the trailing twelve-month average of these prices going all the way back to December 1963: 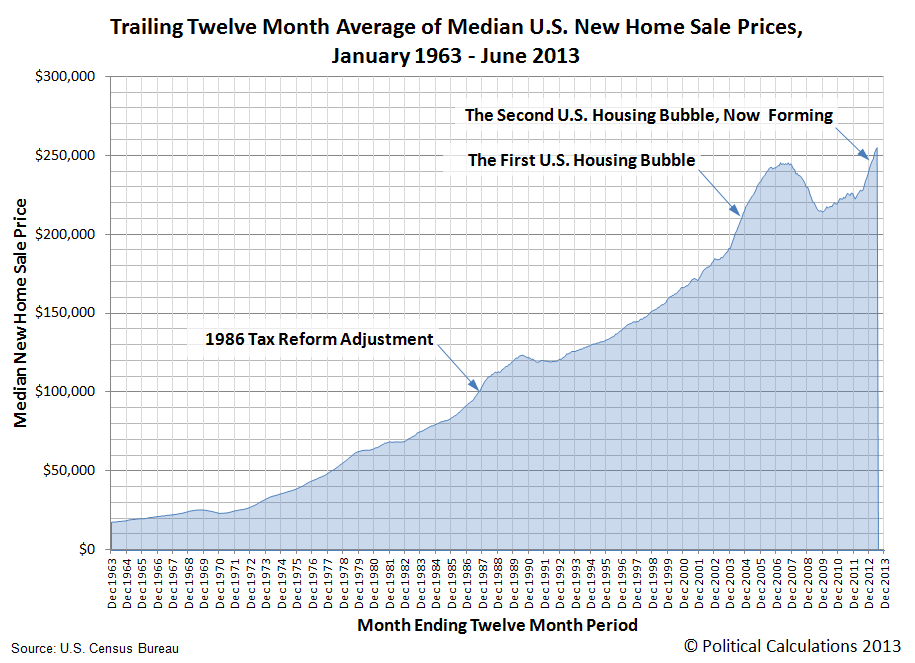 We show the twelve month moving average for the median new home sale prices to account for seasonality in the data.

Some housing market observers, such as Calculated Risk's Bill McBride, will be quick to point out that median new home sale prices are very sensitive with respect to the price mix of new homes that are sold, with a shift by home builders to sell either very high or very low end homes greatly affecting the median values.

However, the changing mix of the sale prices of houses sold each month is something that is affected by the distorted market conditions that are part and parcel with the presence of a bubble in the U.S. housing market. We'll consider the impact of that bubble-driven changing price mix for Americans in the very near future, when this link will connect through to that analysis....