What's wrong with the economy in California?

We know. It's a long list. But we're specifically looking at the seasonally-adjusted trend in the state's weekly number of initial unemployment insurance benefit claims, which are filed whenever people are laid off from their jobs.

Let's start by updating the national picture for new jobless claims, where we find that the current trend has the number of layoffs in the U.S. falling by approximately 1,000 per month since 23 February 2012: 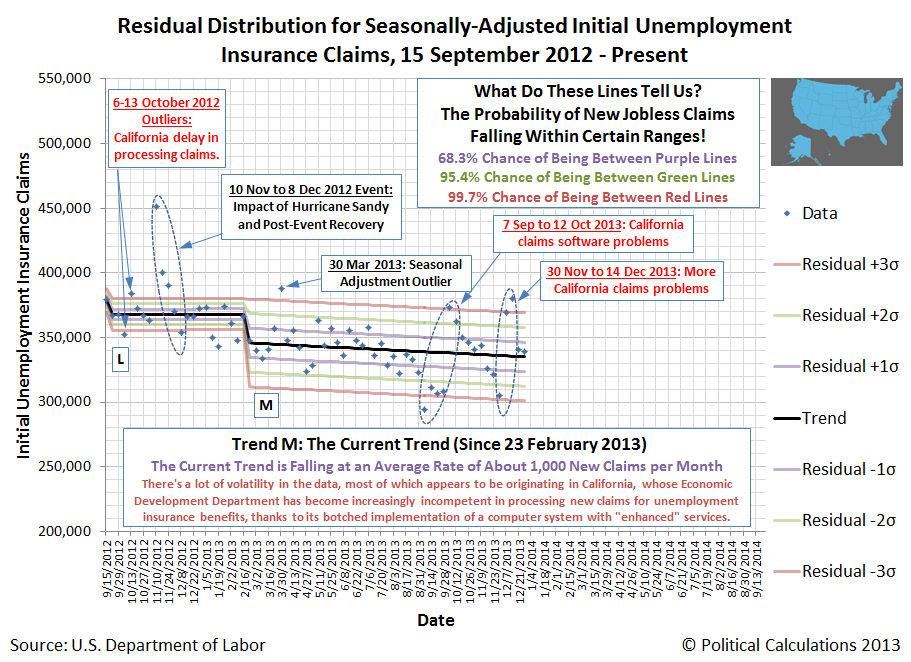 As you can see from the notations on the chart, we've recognized that California's Economic Development Department has been having an extreme amount of trouble in processing these unemployment benefit claims, especially since Labor Day weekend in 2013, which is why we've decided to dig deeper into the state's problems.

Next, let's look at the national picture for the seasonally adjusted number of new jobless claims each week again over the same period, but this time, let's omit California's data from the picture. Here's what we find: 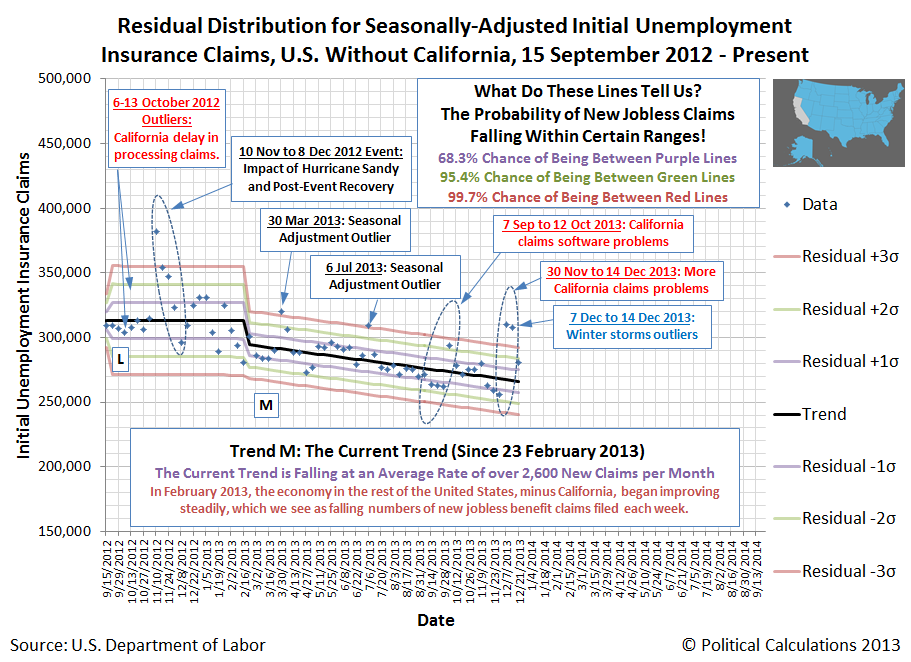 In this chart, we find that the entire rest of the nation is experiencing positive economic conditions, which if not for the drag of California's economy on the national economy, has the number of job layoffs and subsequent new jobless claims falling at an average rate of 2,600 per month.

So what's the current established trend for California's new jobless claims? Our third chart provides the answer to that question: 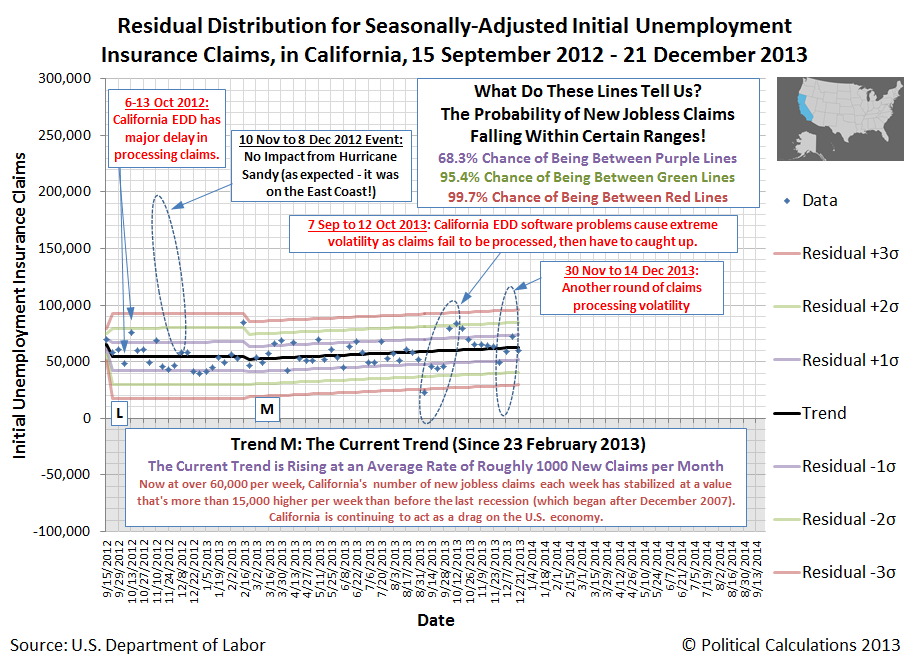 Unlike the entire rest of the nation, the state economy of California's would appear to be in a mild recession, as the state's seasonally-adjusted number of new jobless claims has been rising at an average rate of nearly 1,000 per month since 23 February 2013. (Note: we've omitted the data associated with outliers related to the California EDD's inability to process claims from our regression analysis of the current trend, so the state government agency's incompetence is not a factor affecting the trend.)

So aside from the California's Economic Development Department's incompetence in processing new unemployment insurance claims filed by people who have just lost their jobs, something else is causing California to be enough of a drag on the U.S. economy, where on average, an increasing number of people in the state are losing their jobs each week.

Once again, we know. It's a long list. We just thought we'd point out that whatever the state's government officials have been doing for the last year, it's not helping the state's economic situation, which has deteriorated over that time.