The December 2013 Employment Situation Report included the BLS' annual revision of the estimated number of employed Americans by age group, which affected the monthly data going back to January 2009. Our chart below 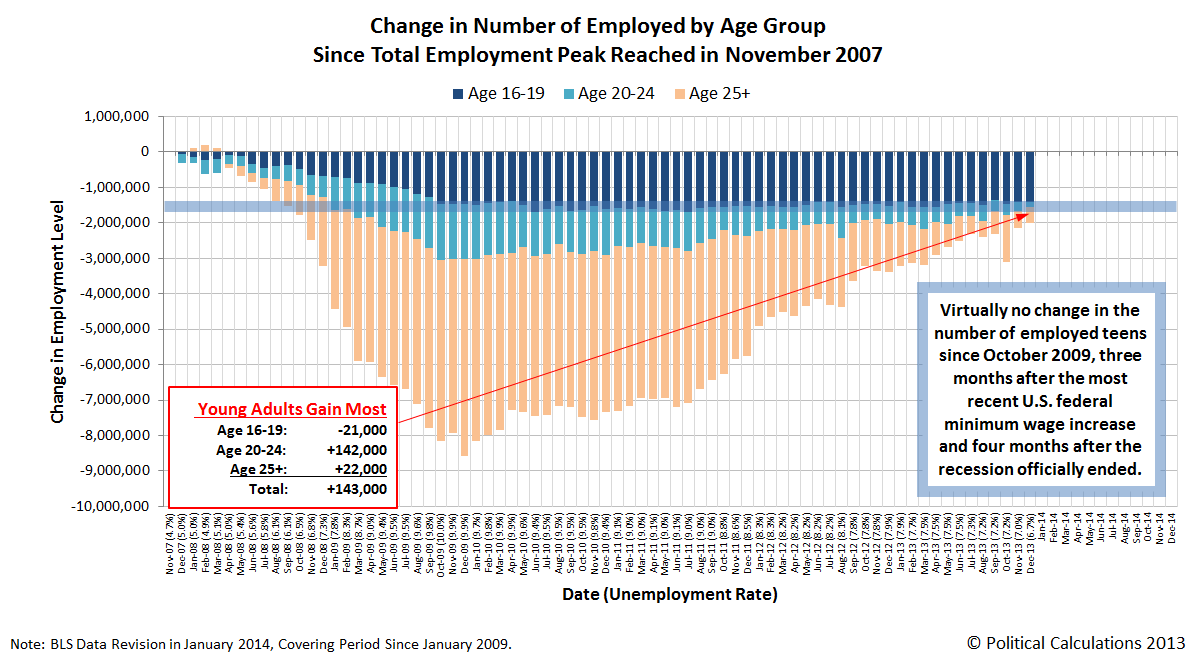 Since Americans between the ages of 20 and 24 account for 9.6% of all Americans with jobs, their 439,000 increase from January through December 2013 makes them the biggest winners for jobs during the year.

Meanwhile, Matt Yglesias reports that the number of employed women in the U.S. workforce has recovered to its pre-recession levels. This is largely because men were the most economically displaced workers during the recession, particularly because the most negatively affected industries, construction and automobile manufacturing, were those that had employed disproportionately large numbers of men. To a lesser extent, it is also because the Obama administration's desire to impose "gender equality" upon the workforce led it to deliberately adopt policies that failed to address the real needs of the majority of American workers who were the most negatively impacted during the recession.

Looking back at the economically displaced by age group, we see for young adults, 2014 could be the year where their numbers in the workforce climb back above the level they were when the total employment level in the U.S. peaked in November 2007, just before the Great Recession began. The December 2012 data puts them within 126,000 of that total.

We would also anticipate that American adults will climb back over their previous employment peak level in 2014 as well. There's no reason however to expect much improvement for the employment situation for U.S. teens, since the reason for their displacement from the American work force has a great deal to do with the level to which the minimum wages that apply across the nation have been set.