Perhaps because it was so uneventful, the trading week ending 17 April 2014 was a positive one for stock prices.

The relative lack of fireworks allowed investors to focus on the earnings news being reported during the week, much of which was positive. That, in turn, positively affected stock prices - so much so that it's somewhat of a tossup at this point whether what we observe is the result of simple noise or if the positive earnings reports led investors to shift their forward-looking attention to the more positive-looking quarter of 2014-Q4 in setting today's stock prices.

That latter possibility is hinted at in our chart showing the changes in the year-over-year growth rates of stock prices with respect to the trailing year dividends per share for the S&P 500. 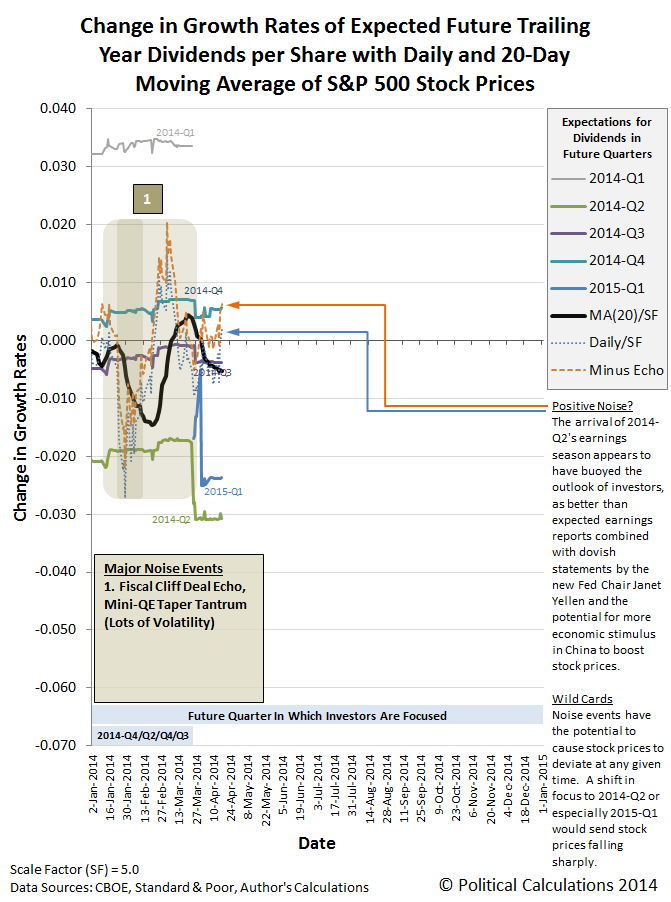 Here's how that played out in our alternative futures chart, where stock prices would appear to be falling between the futures defined by the expectations associated with 2014-Q3 and 2014-Q4: 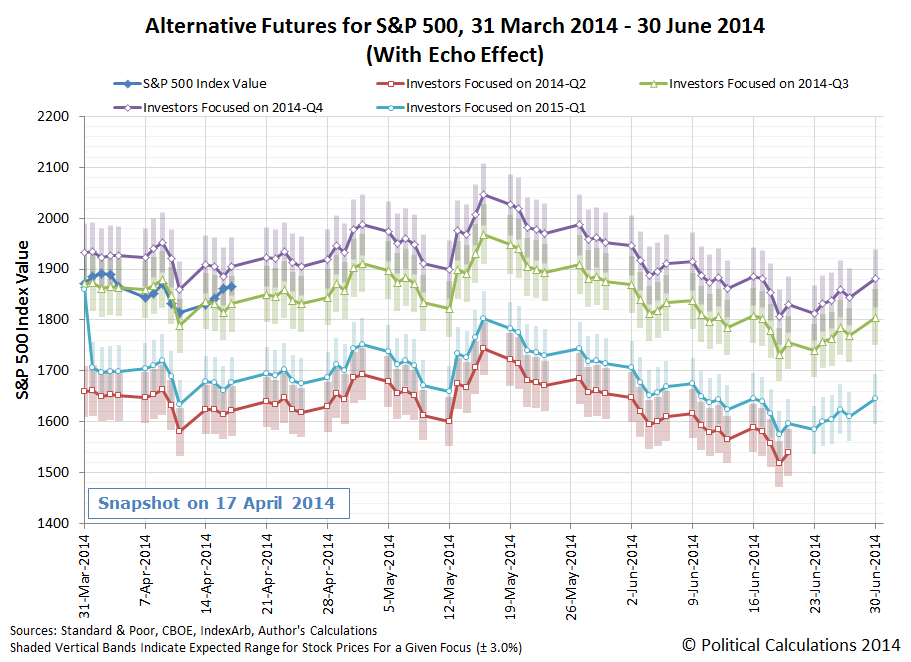 We'll find out soon if there's more to the uptick in stock prices than positive noise.

The difference has to do with how we project the alternative futures trajectories. Throughout the period shown on this chart, we assume a "typical" basic size for the echo effect associated with the fiscal cliff deal rally from early 2013, because we cannot precisely project the actual size of the combined echo and current day noise that will be measured on any given future date.

Meanwhile, our accelerations chart shows the actual recorded combined value for both echo and noise. If we were to substitute those values with the ones we use in our projections, we would see a considerably better match between the two.

But since we work in the future, there's not much point in doing that because predicting the past is only useful when you don't remember it.