After falling in February 2014 for the first time since June 2012, the initial median new home sale price in the U.S. reported for March 2014 increased by the largest percentage ever recorded since the U.S. Census Bureau began tracking this data back in January 1963. To put numbers to that achievement, the median new home sales price increased by 11.2% from February 2014's revised figure of $260,900 to March 2014's initial figure of $290,000.

Our chart below puts the trailing twelve month average of median new home sale prices into context with respect to median household income in the U.S., which allows us to account for annual seasonality in the housing data while also smoothing out the volatility of the median income data. 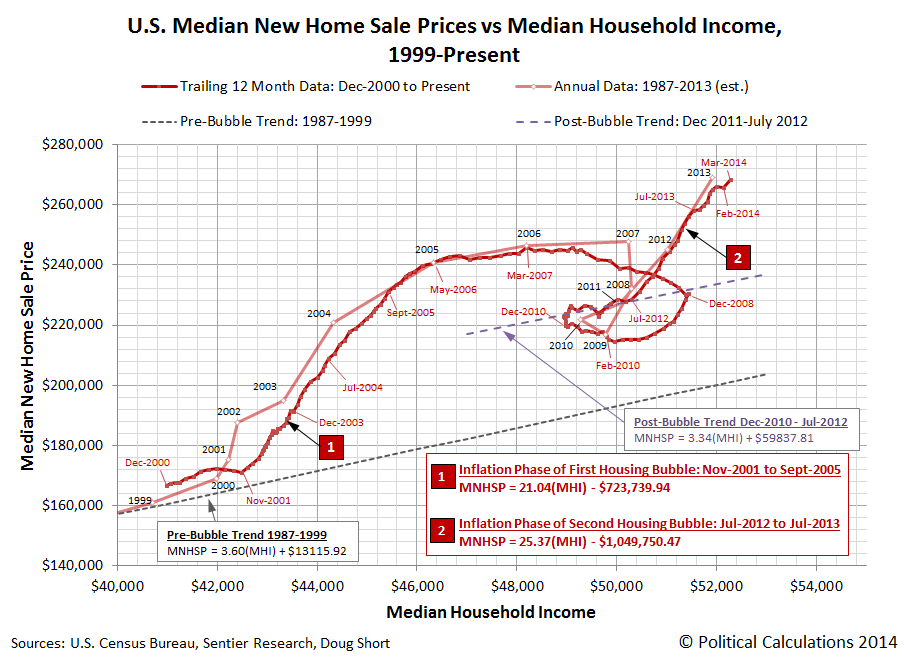 So why did the month-over-month median sale prices of new homes rise so much while the number of new home sales fell by so much? 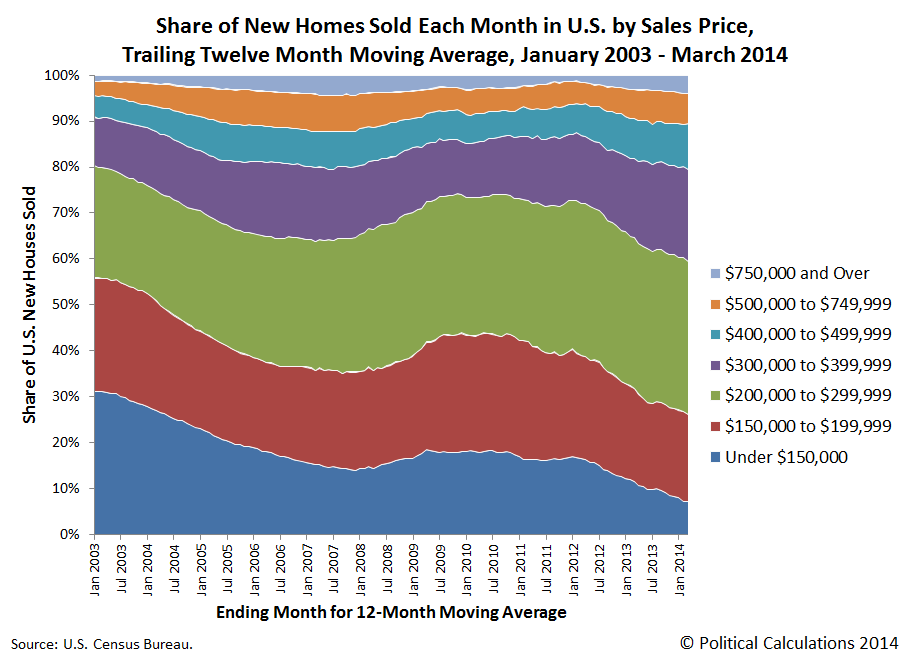 But that strategy risks throwing the market into extreme volatility as the supply of more affordable homes becomes depleted. In this case, that portion of the available supply was effectively depleted in February 2014, leaving behind a large pool of much higher priced homes that were still on the market in March. Homes that were priced well above the affordable reach of typical U.S. home buyers, which is why the number of sales fell so dramatically from the previous month and also why their median sale price increased so dramatically from the previous month for the sales that did occur.

It is then the mismatch between the sales mix of the new homes available for sale and the household income of the potential pool of home buyers is what caused the number of new home sales to plummet in March 2014 as their median sale price skyrocketed. Just the same as what happened during the deflation phase of the first U.S. housing bubble as it picked up speed in the months following the sales volume peak recorded in January 2006. 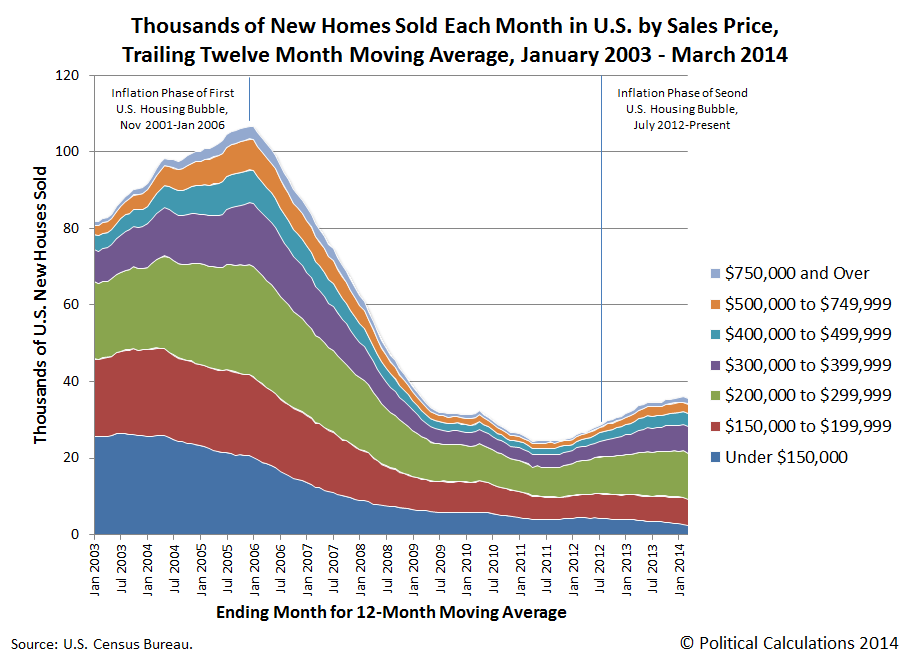 Consequently, what we're seeing the in data today is consistent with the second U.S. housing bubble peaking as it enters its own deflation phase.

Barry Ritholtz answers the question of Where Are All the Homebuyers? Be sure to follow the links at the bottom of Barry's article that pick up on other aspects affecting the U.S. housing market.