We like to show off by doing seemingly impossible things every once in a while.... 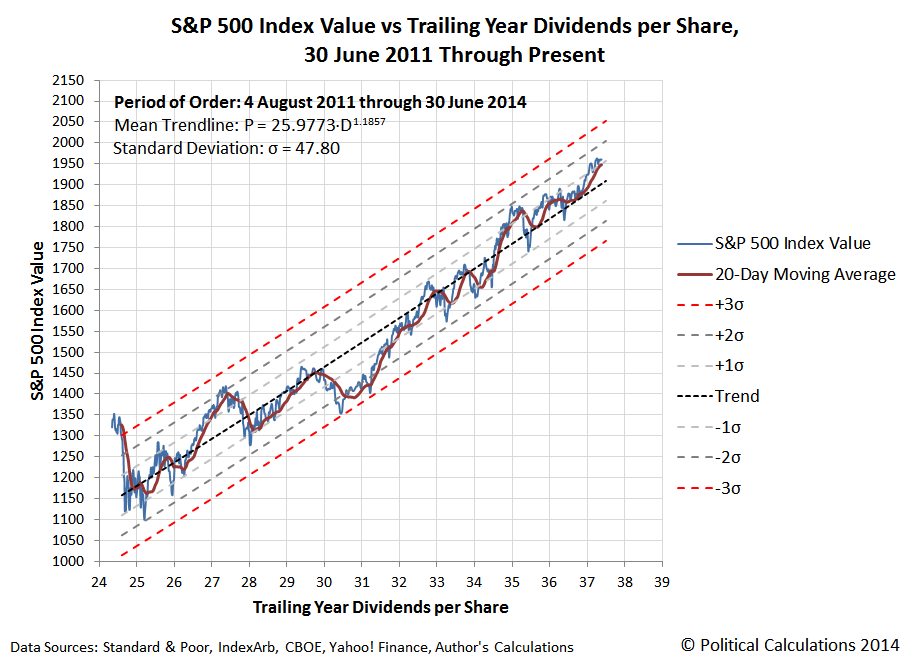 It's complex. Not difficult.

Following up our "moment of truth" post from Monday, 7 July 2014, in which we wondered whether investors would either continue focusing on 2014-Q4 in setting today's stock prices or would shift their forward-looking focus to 2015-Q2. But something really strange happened on 9 July 2014 - particularly to the futures trajectories associated with 2014-Q3 and 2015-Q1: 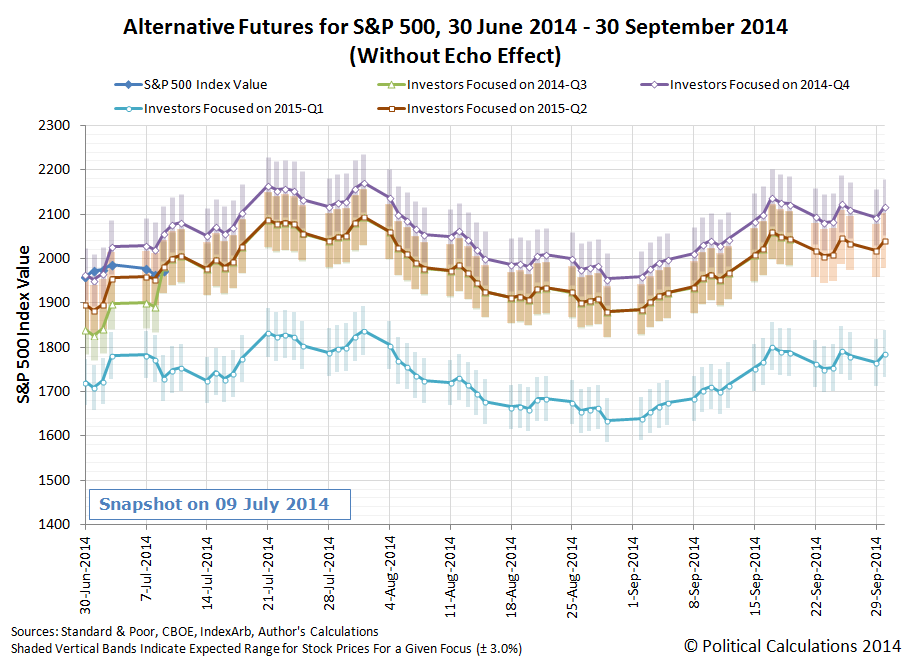 Most remarkably, the projected trajectory associated with an investor focus on 2014-Q3 in our alternative futures chart suddenly shifted to be nearly exactly identical to that associated with a focus upon 2015-Q2.

The latest update for our chart tracking the change in the growth rate of the S&P 500's stock prices and the changes in the expected dividends per share that will be paid out by the end of the next several future quarters shows the sudden shift in expectations for 2014-Q3, and perhaps even more curiously, for 2015-Q1: 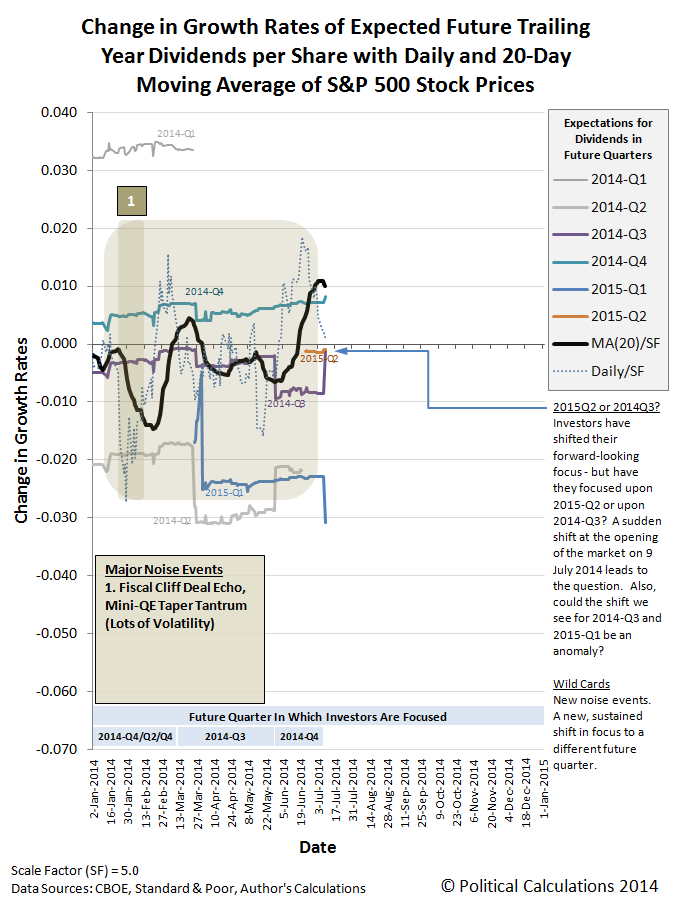 It will be interesting to see if these changes turn out to be an anomaly with the prices of the underlying dividend futures: DVST (for 2014-Q3) and DVMR (for 2015-Q1). If so, there's fresh money now laying on the ground for "efficient" options traders.

If not, the explanation is even stranger, as it would seem that investors have suddenly come to the conclusion that dividends they had been expected to be paid out in the first quarter of 2015 will instead be paid out before the end of the current third quarter of 2014.

Yeah. We don't buy that either. Stranger things are afoot.