Previously, we found that the worst state for jobs for teens in the U.S. is California.

But we have bad news for the teens in that state. In 2014, the worst state for job-seeking teens, California, is getting worse: 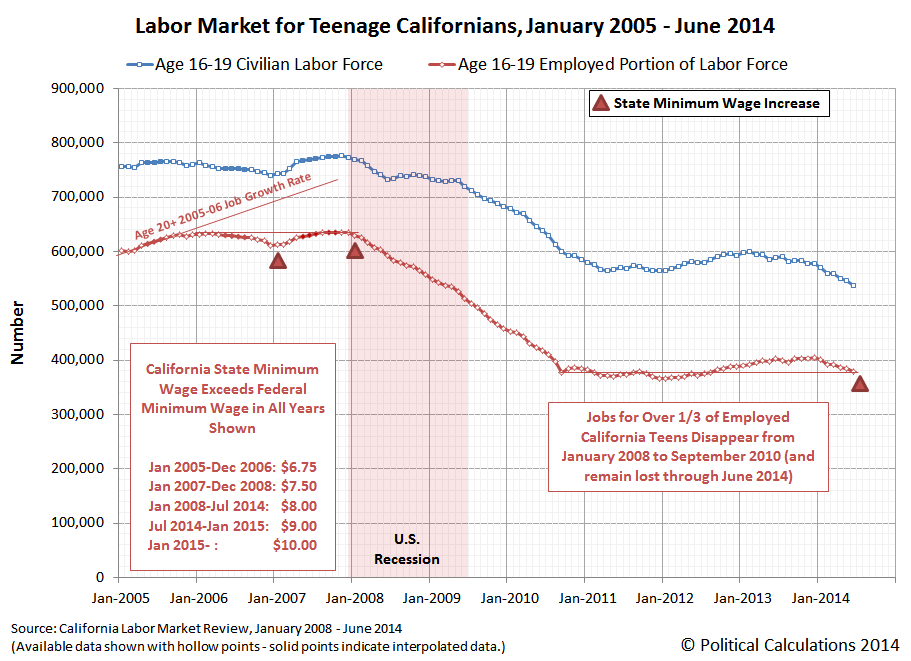 Here is how that compares with the job market for adults in California (Age 20 and over) since the total employment level in the U.S. peaked in November 2007, just ahead of the U.S. economy's peak of expansion in December 2007, marking the official beginning of the so-called "Great Recession": 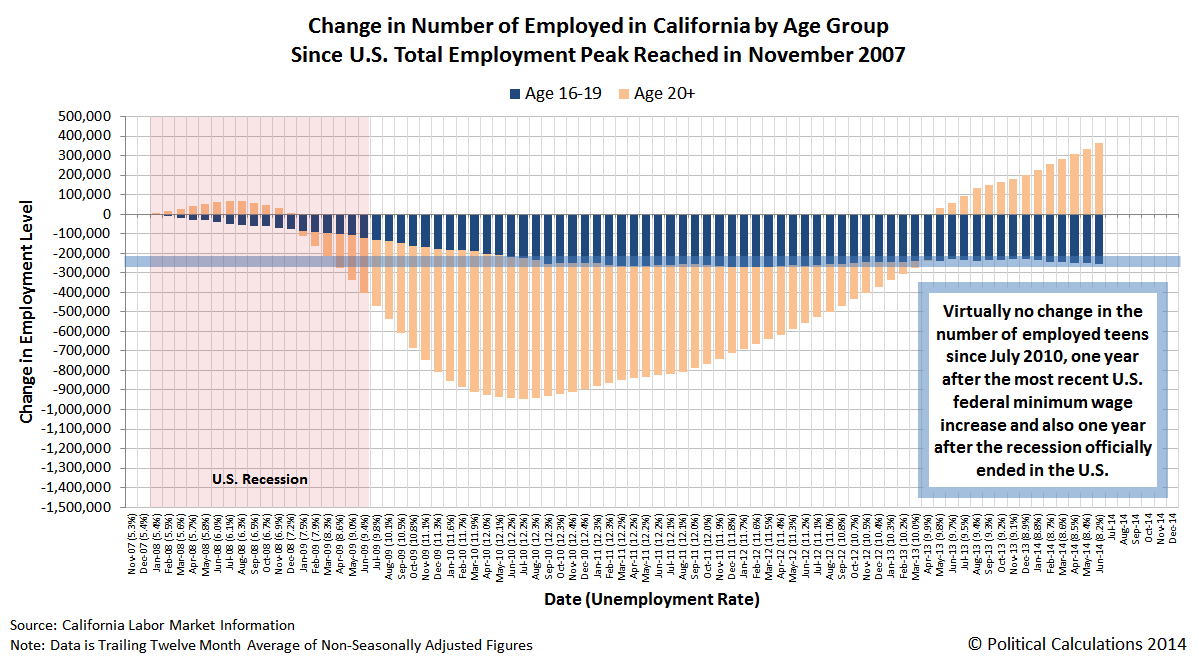 To make it to the bottom in this category takes a unique combination of poor government policies and poor economic growth prospects, the latter which can be demonstrated by their not being sufficient to offset the negative effects of the former. For the state's teen population, California would appear to have developed both in spades.