Because it is always fun to make fun of poorly timed stock market-related headlines, we thought we'd start this week by sharing an instant classic, which we captured for posterity on the Wayback Machine on Tuesday, 9 September 2014:

Now, here's why that's funny. Beginning on Monday, 8 September 2014, the day before the WSJ's unfortunately timed article, we began capturing a very noticeable change in the future expectations for investors. Specifically, investors were adjusting their expectations, as measured by the change in the growth rate of future trailing year dividends per share, for the fourth quarter of 2014 and the first quarter of 2015: 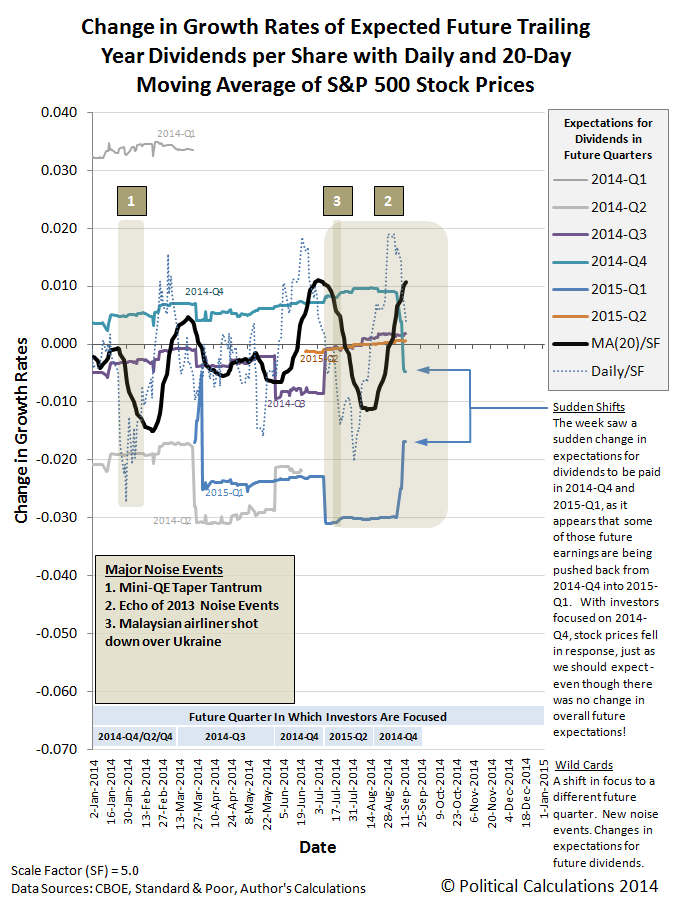 In this chart, we see that investors shifted their expectations for when a portion of the dividends that they previously had been expected to be paid in 2014-Q4 would instead be paid in 2015-Q1.

In our previous installment of this long-running series, we noted that investors had been focused on 2014-Q4 in setting stock prices. And until last week, that had meant generally rising stock prices.

But that changed as soon as the expectations for the amount of dividends that will be paid out in 2014-Q4 changed. Our rebaselined model of the alternate trajectories that stock prices are most likely to follow best captures the effect of the change in investor expectations: 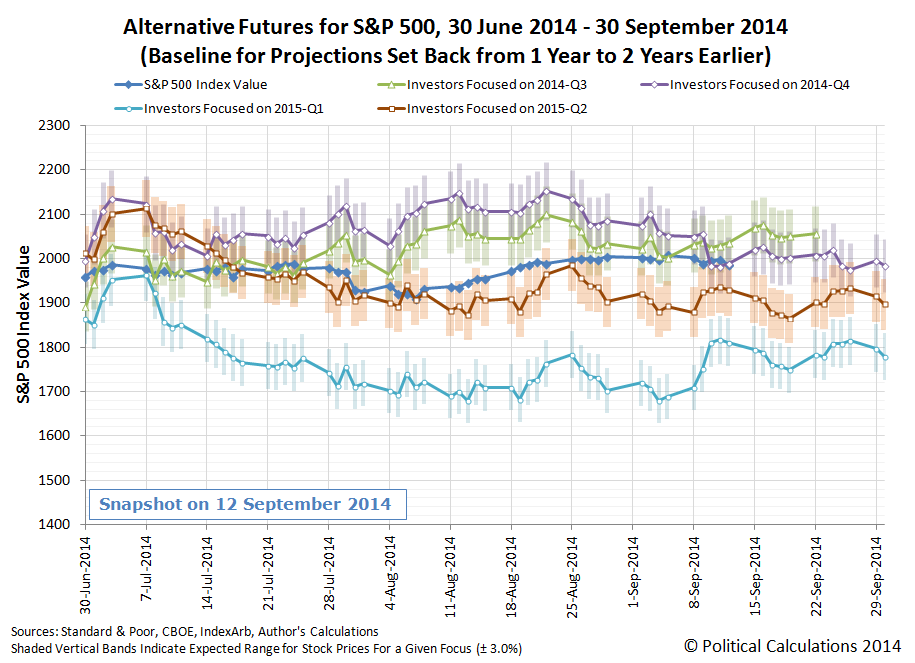 As long as investors remain primarily focused on 2014-Q4 in setting stock prices, investors can reasonably expect that the S&P 500 index will follow the trajectory indicated for that alternative future. And since the expectations for that specific point of time in the future took a turn to the downside, stock prices followed, as the stock market laughed at the capitulating bears.

We expect that our rebaselined model will continue to provide a better indication of the likely trajectory of stock prices through mid-October 2014, as that will mark the end of the echo effect associated with the large scale noise events of June-October 2013. We should be able to return to our standard model at that time.