We have a project underway where we're looking at the net change in the number of Americans who work as full time or part time employees over different periods of time. The chart below shows all the data the Bureau of Labor Statistics and the U.S. Census Bureau have reported since they began regularly tracking each type of employment since January 1968. 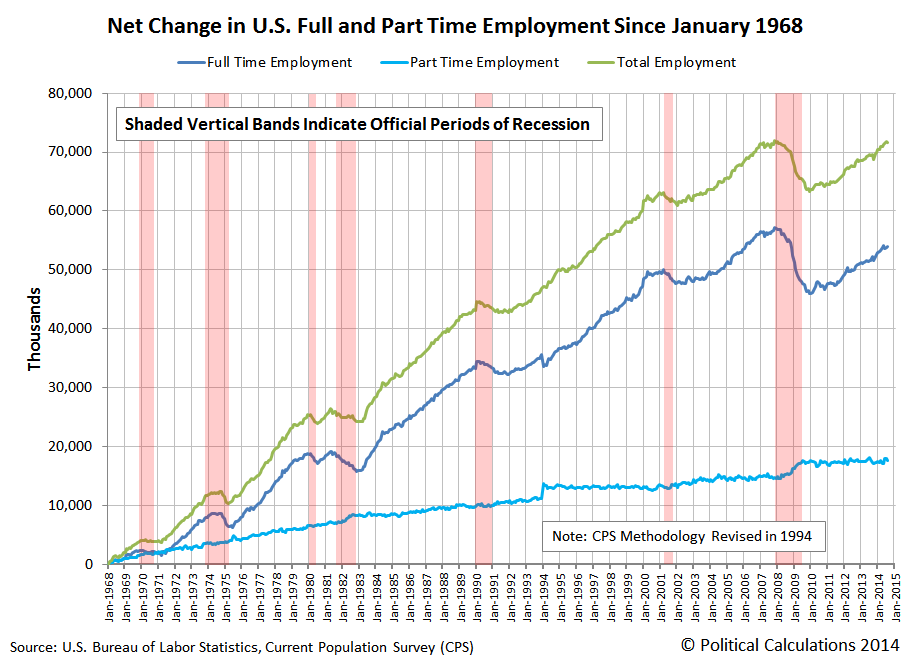 But with two very noticeable exceptions. The first exception is the period from 1994 through 2001, which coincides with a change in the U.S. Census Bureau's methodology for collecting and reporting employment status data beginning in January 1994. As such, we really can't break out the effect of what might be the result of that change in methodology from other changes affecting the U.S. job market at that time.

The second exception is the period since the official end of the December 2007-June 2009 recession through the present day, where it would seem that the U.S. economy has simply lost the ability to generate new part time jobs outside of recession, suggesting that aspect of the U.S. job market has broken down.