What was the most significant story in mathematics in 2014? 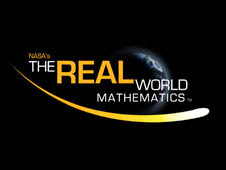 We thought we'd take on answering that question in our final post of the year. What we specifically set out to identify is the biggest story of 2014 where the application of maths either was or became the story.

Would it be one of PhysOrg's top-ranked mathematics news stories for 2014? Stories that included a novel ranking method for measuring the influence of academic papers or the resolution of a three decade-old controversy on how to determine the location of atomic and molecular resonances? Or perhaps even the reported proof of the Umbral Moonshine Conjecture, which has the potential to be applied to applications covering the gamut from number theory to quantum physics?

Actually, no, because all these things represent pretty esoteric applications of maths that would seem to have limited application to date.

So we dug deeper, seeking out stories where applied maths were making an impact in the real world.

There was the story of how three students from Yale University's computer science and math departments solved the Kadison-Singer Conjecture, which validates the use of the characteristics of a system that we can observe and measure to quantify the characteristics of a system that we are not able to observe and measure. In our imperfect world of limited abilities, that's a pretty big deal, where the applications run from how we might model a social network, like the thefacebook, to very complex economic systems or even quantum particles.

Or the story of how a 169-year-old algorithm for solving systems of linear equations, such as the kind of computational mechanics that might be used to model the flow of air over an aircraft's wing, had been revamped to be nearly 200 times faster, greatly increasing the speed at which an optimum design for such a structure can be developed.

And if you like a good detective story, how statistics was used to uncover potential criminal fraud in Florida's state lottery, where one suspiciously "lucky" man won 252 times, taking home $719,051. And what's more, there are indications that sort of highly improbable thing is happening in a lot more states that just Florida.

But ultimately, the biggest math story of the year belongs to a different kind of fraud, one that reaches all the way into the Oval Office. And as luck would have it, it can be considered to be a kind of sex scandal involving politicians!

The story has everything to do with a set of statistics that the White House first trumpeted in a January 2014 report "Rape and Sexual Assault: A Renewed Call to Action" and later again in its April 2014 report "Not Alone: The First Report of the White House Task Force to Protect Students from Sexual Assault", which was produced by a special task force established by President Barack Obama through a "Presidential Memorandum" on 22 January 2014 following the first report. The second report made the following claim, which was used to justify the need to act to effectively suspend the civil liberties of male students faced with allegations of sexual assault and to impose collective punishments upon them without due process at universities and college campuses across the United States in the name of "safety", or perhaps more accurately, for the purpose of advancing a key component of the President's political party's 2014 election campaign strategy:

One in five women is sexually assaulted in college. Most often, it’s by someone she knows – and also most often, she does not report what happened. Many survivors are left feeling isolated, ashamed or to blame. Although it happens less often, men, too, are victims of these crimes. The President created the Task Force to Protect Students From Sexual Assault to turn this tide. As the name of our new website – NotAlone.gov – indicates, we are here to tell sexual assault survivors that they are not alone. And we’re also here to help schools live up to their obligation to protect students from sexual violence.

The use of the "one in five" statistic began to unravel almost immediately, as a number of people, most notably University of Michigan economics professor Mark Perry, realized that when this statistic is combined with a second claim that only 12% of student victims of sexual assault report their allegations to law enforcement officials, that they cannot possibly both be true.

OK, let's do some math using crime data from the University of Michigan-Ann Arbor for 2012:

2. Expected number of sexual assaults if one-in-five women is sexually assaulted in college: 4,200

4. Chances of a female UM student being sexually assaulted each year: 1-in-618.

If you accept the White House claim that 88% of college sexual assaults are not reported, you then get:

There's still nowhere close to a 1-in-5 (and 20%) chance of a female student being sexually assaulted while attending the University of Michigan, using the White House's own under-reporting statistics. See a similar analysis here for three Pittsburgh-area colleges (University of Pittsburgh, Carnegie Mellon University, and Duquesne University). I think maybe we need a "renewed call for the White House (and DOJ) to report accurate statistics on sexual assault (intimate partner violence)."

If you would like to do similar math for yourself, using the data that applies to the college campus of your choice, here's a tool that you can use (the default data applies to the University of Wisconsin at Madison, a reputed hotbed of sexual assaults among all U.S. college campuses).

Support for the claim among the President's political party supporters in the media was so strong that Pulitzer Prize-winning political columnist George Will, who cited Mark Perry's math in a column attacking the validity of the "one in five" claim, had his column dropped from a major newspaper while also losing speaking engagements at college campuses.

Flashing forward to today, as updated campus sexual assault figures for the years 1995 through 2013 have been released by the U.S. Department of Justice, we find that the "one in five" statistic has been fully debunked, with the real figure being 1 in 41 for all the years covered by the report, and 1 in 52.6 for the four most recent years from 2010 through 2013.

The collapse of the "one in five" claim, and the weakness of the statistics behind it, can be seen in the actions of the President's political supporters in office and in the media, who are now trying to quietly drop their previous touting of the figure from public view.

GILLIBRAND DROPS DISPUTED SEX ASSAULT STATISTIC: Sen. Kirsten Gillibrand has dropped an increasingly disputed sexual assault statistic from her website. ChangeDetection.com shows how Gillibrand’s sexual assault resources web page [http://1.usa.gov/1m2xWoB] no longer includes [http://bit.ly/1C3Fi6M] a sentence citing the National Institute of Health Campus Sexual Assault Study, which concluded that one in five college women will be subject to rape or attempted rape. Gillibrand and others all the way up to President Barack Obama have cited that statistic in their push for colleges to better prevent sexual violence. But critics and media outlets [http://wapo.st/1AvC1JA] have noted the study’s flaws: It included only two large four-year universities and had a low rate of response, with more nuanced findings than lawmakers suggest. (H/T @mstratford)


— Gillibrand spokesperson Glen Caplin declined to tell Morning Education why the stat was removed. “There are some who attack this statistic to claim that sexual assault on college campuses is not a problem,” he said. “They need to get their head out of the sand. The problem is real and it is pervasive. Without this distraction, their argument has no merit.”

The rise and fall of the distractingly false claim that "one in five women is sexually assaulted in college" is the biggest math story of the year.