How many times has the median sale price of the new homes sold in the U.S. sustainably doubled since the U.S. Census Bureau began monitoring them in January 1963?

The answer is revealed in our chart below! 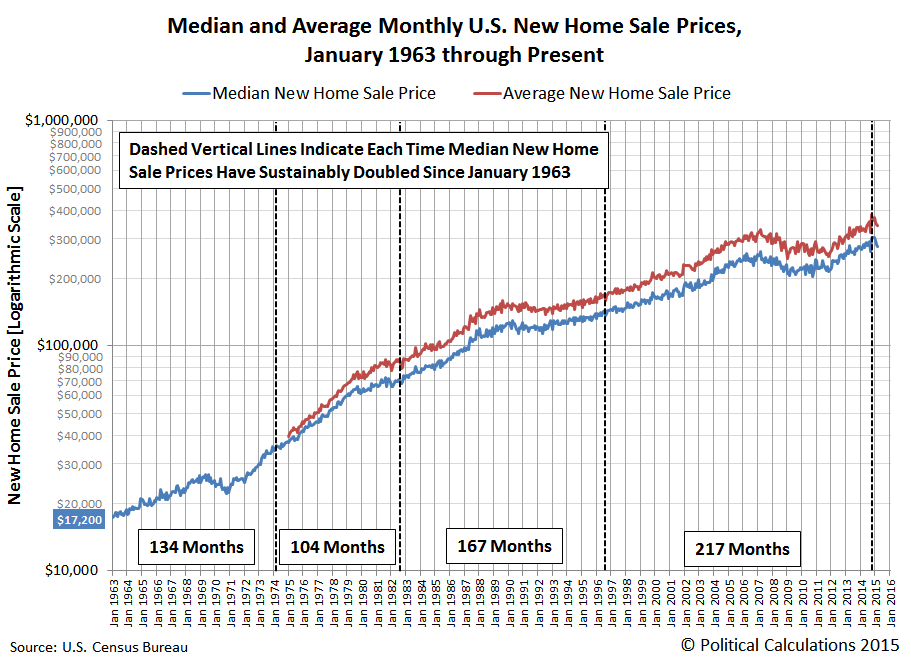 With "sustainably doubling" being defined as when the median sales price has risen above the level when the price has doubled without falling back below it in all the time recorded since, the surprising answer is that the median sales price of new homes in the U.S. has only sustainably doubled just four times, with the fourth period just being recorded in October 2014!

Looking at more recent history, when we plot the trajectory of the trailing twelve month average of median new home sale prices against median household income since December 2000, we find that the current trend for the rate of increase of these prices is now rising at a rate that is just under half that recorded during the main inflation phases of what we've identified as the first and second U.S. housing bubbles. 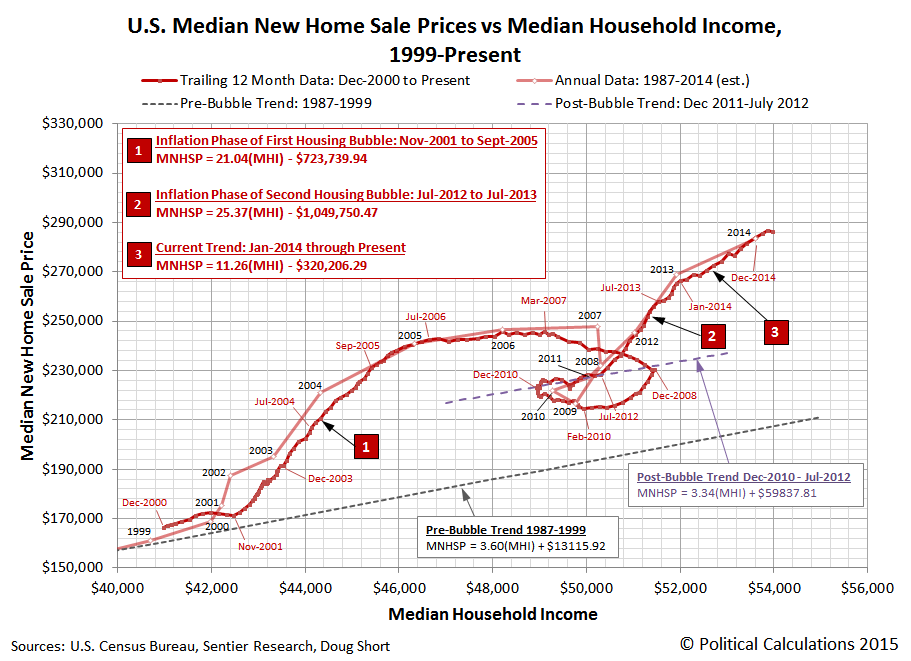 That puts the current growth rate of median new home sale prices with respect to median household income about 3--4 times greater that what was typical in periods outside of the expansion of housing bubbles in the U.S. economy. 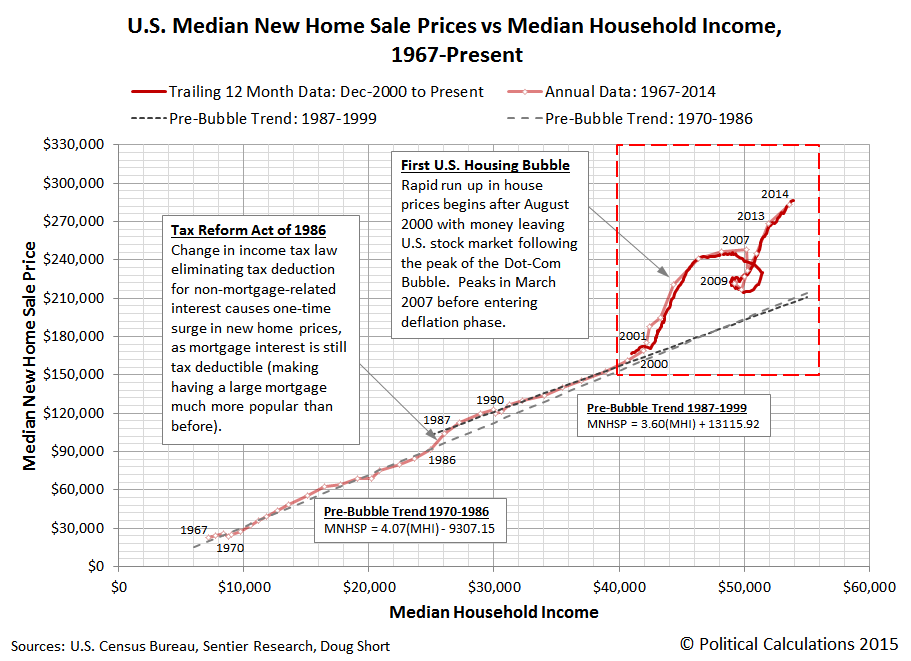 Sentier Research. Household Income Trends: March 2015. [PDF Document]. Accessed 26 April 2015. [Note: We have converted all the older inflation-adjusted values presented in this source to be in terms of their original, nominal values (a.k.a. "current U.S. dollars") for use in our charts, which means that we have a true apples-to-apples basis for pairing this data with the median new home sale price data reported by the U.S. Census Bureau.]