Political Calculations
Unexpectedly Intriguing!
April 27, 2015
Not Firing on All Cylinders

According to a Reuters poll of 85 economists, conducted just last week, "U.S. economic growth is set to rebound in the second quarter."

But if that's true, why aren't U.S. stock prices reflecting that expectation for the future? From all appearances, they would seem to largely be stuck moving sideways to very slowly higher, much as they have been since the end of February 2015. 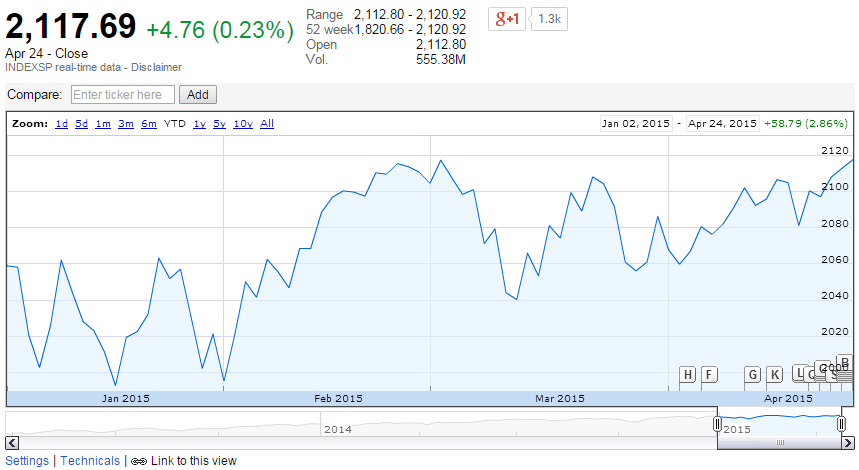 In truth, following a poor showing in the first quarter, the U.S. economy would appear to once again be setting up additional economic disappointment in the second quarter of 2015.

The reasons why are pretty straightforward. A sustained decrease in the global price of oil has negatively impacted U.S. energy (oil and gas) producers, whose expected earnings in 2015 has plummeted with to other industrial sectors, several of which have greatly benefitted from those lower oil prices. 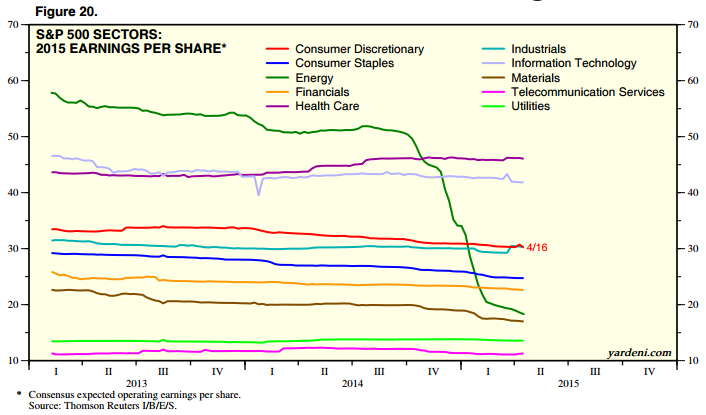 The so-far isolated distress in the U.S. oil and gas production industry largely explains why the U.S. stock market has been moving sideways. In fact, most of the distress to date has been felt by small firms in this industry, which we estimate to account for about 55% of all the dividend cuts that have been recorded to date in 2015. 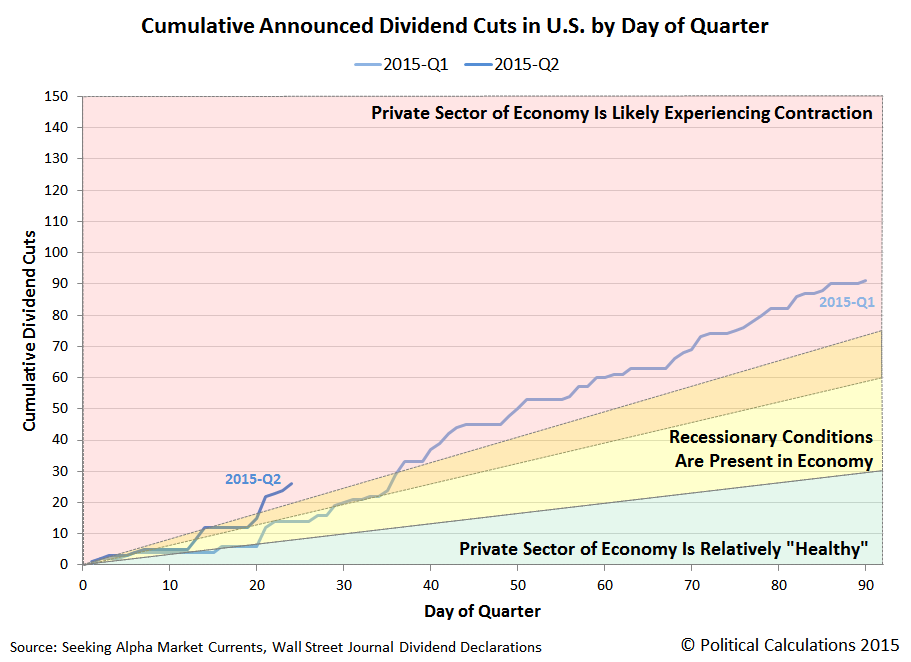 Because energy companies with larger market capitalizations are better able to absorb the negative impact of lower oil prices upon their industry, they haven't been forced to take the painful action of cutting their own dividends, which is why stock prices in the major indices haven't fallen with the prospects for earnings in the U.S.' energy sector. But that distress also accounts for why U.S. stock prices haven't risen more considerably as other industries have benefited from lower oil prices. The U.S. economy isn't firing on all its cylinders, nor is it expected to in the near future. 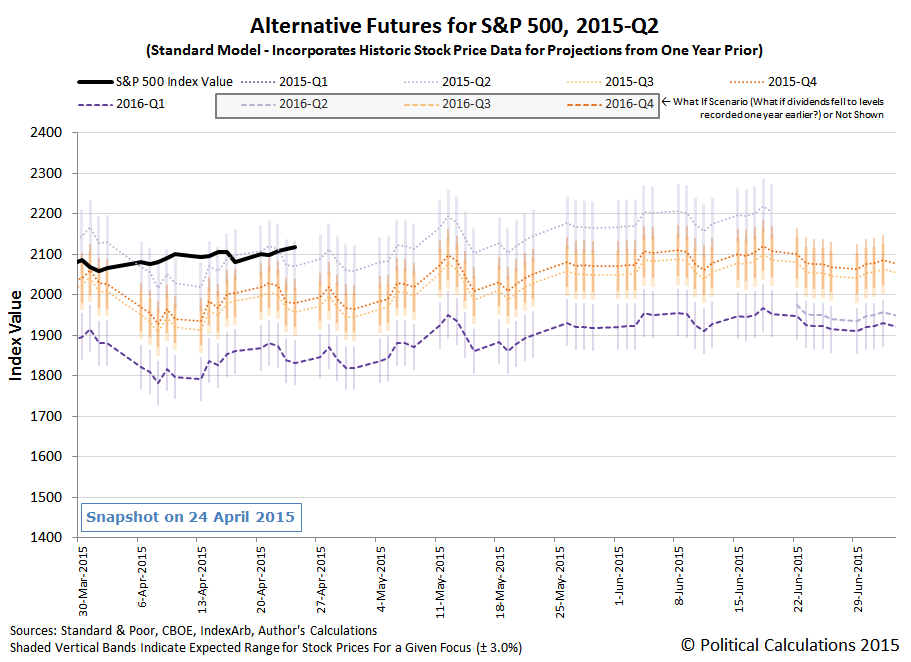 At present, given the current expectations for future dividends, U.S. investors would appear to be focused on 2015-Q2 in setting current day stock prices. As long as their focus continues to fall on this current quarter, as they await greater clarity from the U.S. Federal Reserve this week with respect to its plans to hike short term interest rates in the U.S., stock prices may continue following their largely sideways to slightly upward trajectory while that uncertainty continues, assuming no major changes in the expectations for future dividends.

However, if they shift their focus to a different point of time in the future, there is a high potential for stock prices to fall, the degree to which will depend upon which future point of time they might choose to focus their forward looking expectations upon and the timing of when such a shift in focus would occur.