April 2015 saw the median sale prices of new homes in the U.S. continue the upward trajectory they've been on since January 2014. Our first chart below indicates that if the trailing twelve month average of those prices are presently rising at an average rate of $11.66 for every $1 increase that is being recorded in the median household income of Americans. 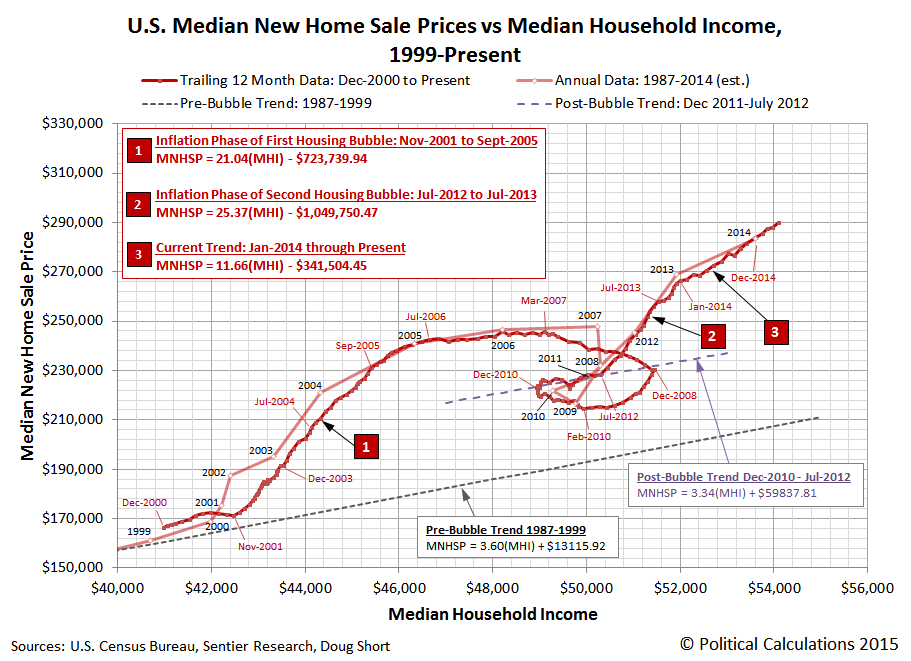 That's about half the rate of increase that was seen during the main inflation phases of the first and second U.S. housing bubbles, and about three times the rate that we've typically observed outside those periods of time. Our second chart shows the long term picture. 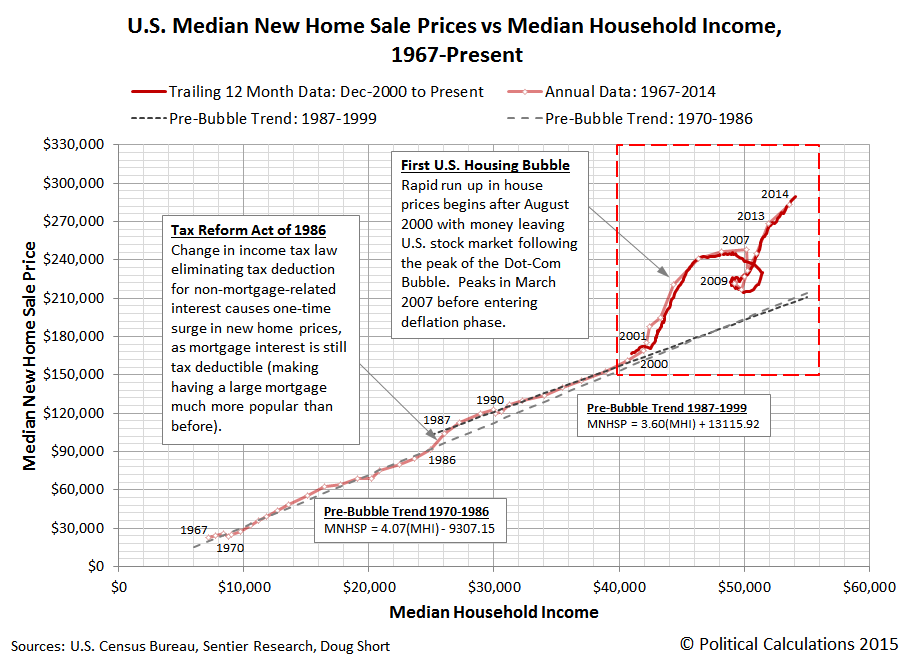 Essentially, housing prices are continuing to rise because shortage conditions have developed and are continuing in the U.S. housing market. Those shortages were most acutely felt during the main inflation phase of what we've described as the second U.S. housing bubble, as investors flooded into the market and bought up large numbers of new and existing homes at very favorable terms. Since July 2013 however, that activity has substantially slowed, but not so much that housing prices are not continuing to rise at an elevated pace. 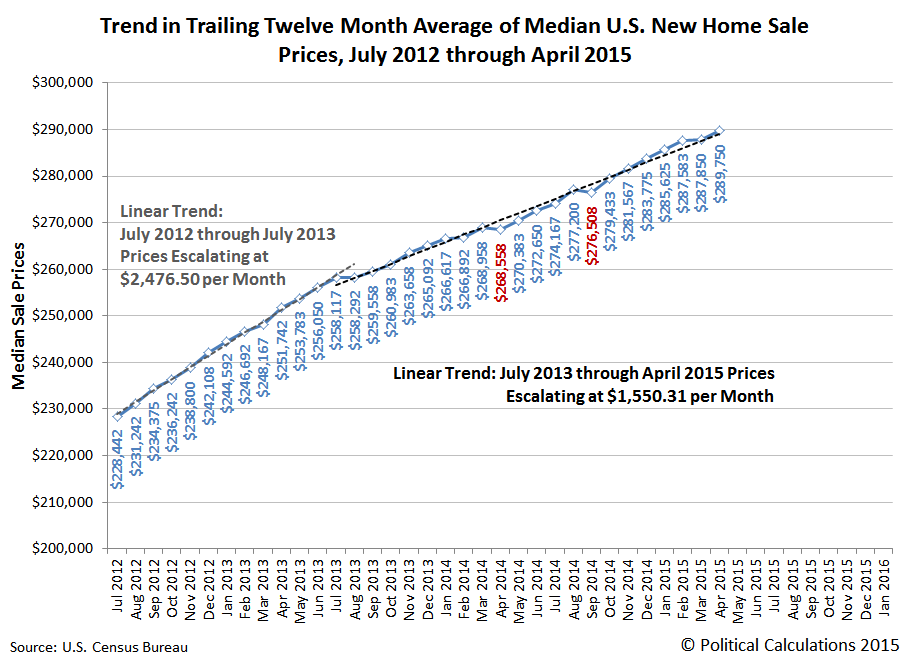 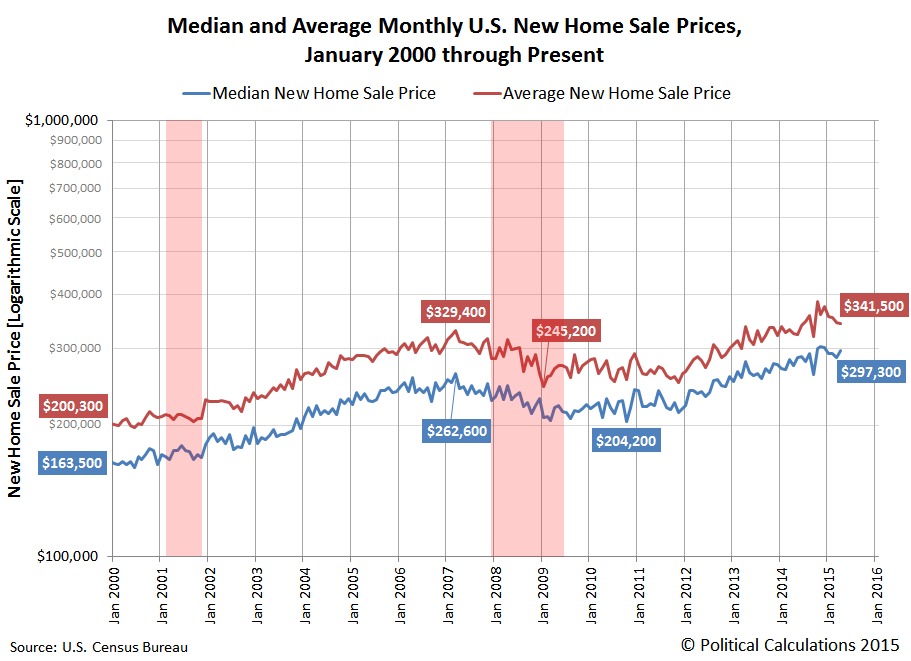 More significantly, the preliminary data for April 2015 indicates that the average sale price of a new home in the U.S. has fallen by over $40,000 from the record $384,000 that was recorded in October 2014. Since U.S. home builders had largely been focused on producing very high value homes for high end buyers since the second U.S. housing bubble began to inflate in July 2012, those falling average prices suggest they have turned a larger portion of their attention to the larger market of households with lower incomes.

That is perhaps the healthiest indication of the state of the recovery of the U.S. housing market, as the shortage conditions should make it possible for the new home market to continue to recover.

The downside to those conditions is that home prices will continue to grow more rapidly than the typical American household can afford. Think of the situation as being an example of something that is good for GDP, but is not necessarily to the benefit of regular Americans.

Sentier Research. Household Income Trends: April 2015. [PDF Document]. 28 May 2015. [Note: We have converted all the older inflation-adjusted values presented in this source to be in terms of their original, nominal values (a.k.a. "current U.S. dollars") for use in our charts, which means that we have a true apples-to-apples basis for pairing this data with the median new home sale price data reported by the U.S. Census Bureau.]