In 2013, poor Americans received the equivalent of $412 billion worth of welfare benefits from the U.S. government, which it raised through a combination of taxes, fees and borrowing. The chart below details how that breaks down among the federal government's various welfare programs. 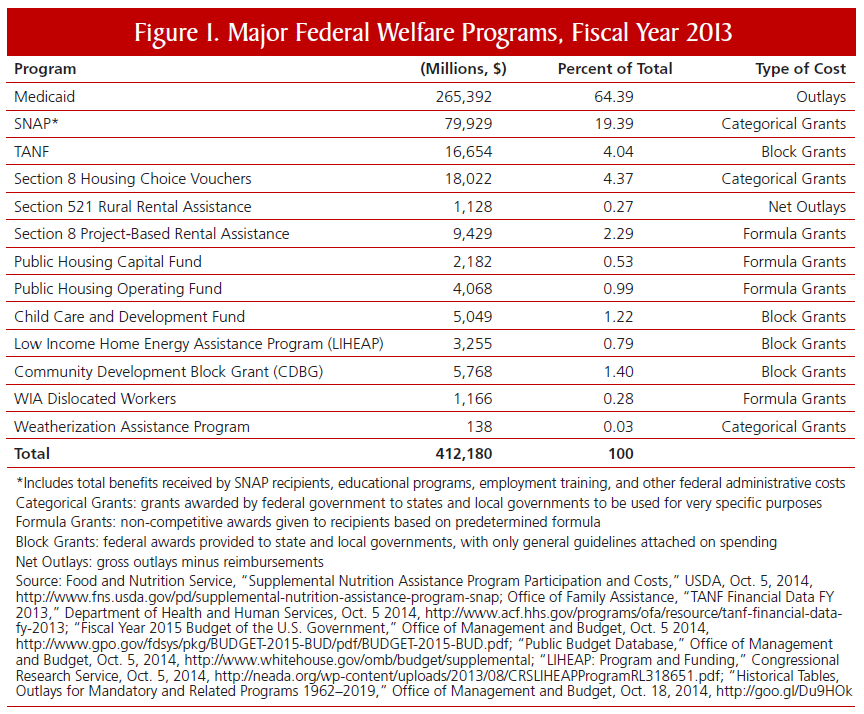 To visualize that data, we experimented with the tools available at IBM's Watson Analytics site, the successor to our old favorite ManyEyes. Here's the treemap we generated: 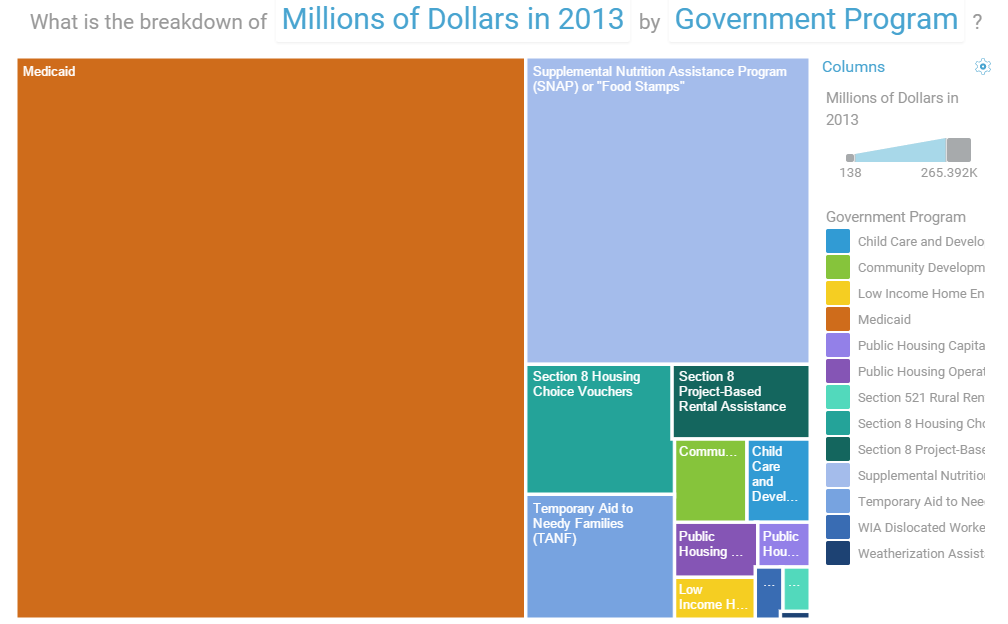 If that $412 billion were equally divided among the 86.6 million Americans whose incomes are equal to or less than 138% of the official federal poverty level, they would each receive $4,758.