Prompted by the release of the minutes of the FOMC's October 2015 meeting, investors shifted their forward looking focus back to 2015-Q4, as it now appears the Fed will finally follow through on its previously empty threats to begin hiking short term interest rates in the U.S. 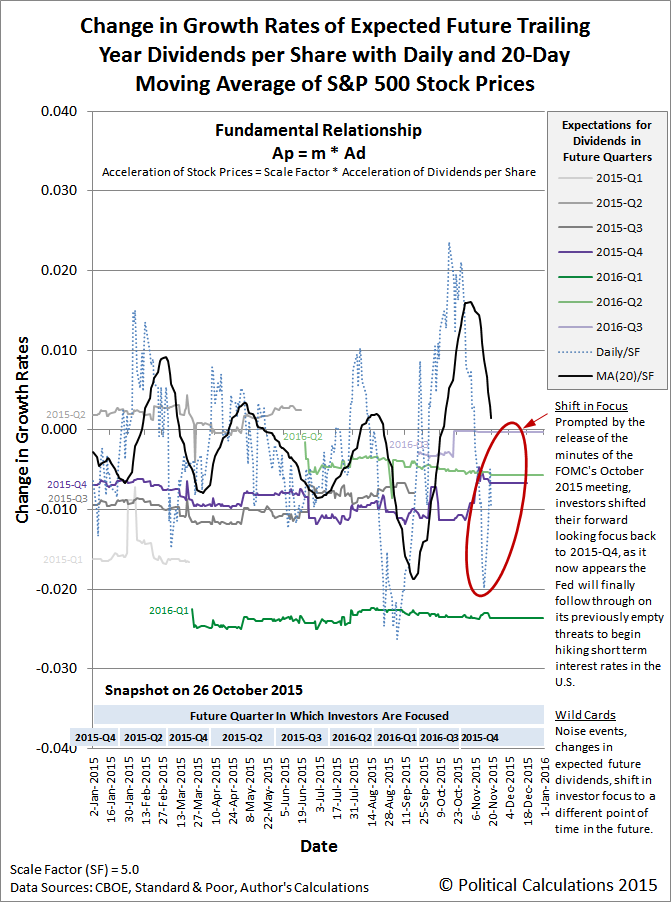 For stock prices, the shift in forward-looking focus from 2016-Q1 back to the nearer term future of 2015-Q4, where the Fed will likely announce its now expected action at its next meeting on 16 December 2015, meant that stock prices would rise. And so they have, just as our hypothesis would expect: 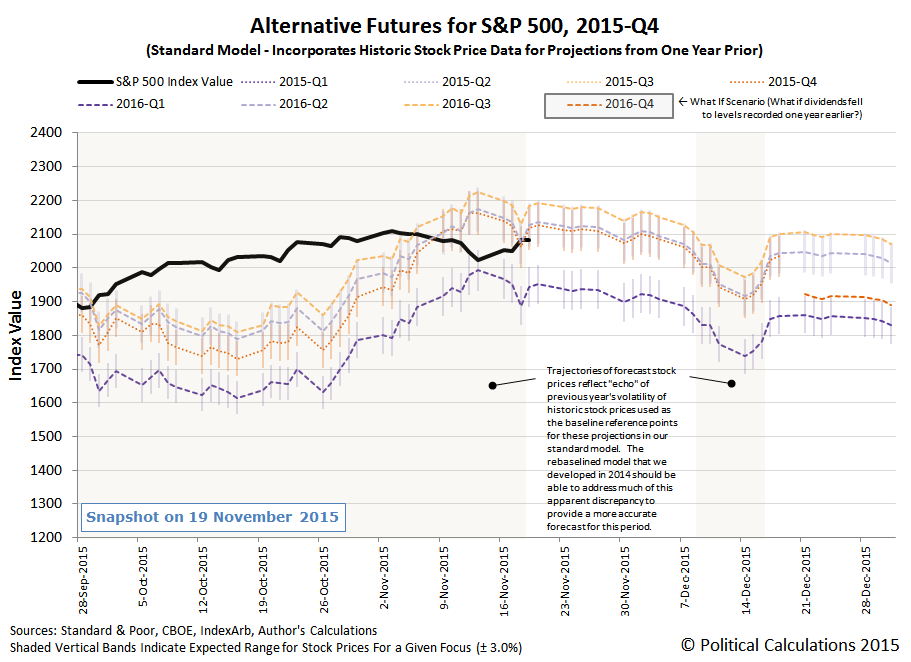 Here's how Reuters reported the story:

The three major indexes added to earlier gains after the 2:00 PM ET Fed release and buying accelerated ahead of the close.

Now, here's the thing. We're now in a period of time in which investors are myopically focused on the very near term future. That will only last one more month, at most, through the third Friday of December (18 December 2015), which corresponds to when the stock market futures contracts for 2015-Q4 expire, with pretty good odds that investors will shift their forward-looking focus to a more distant point of time in the future after the FOMC meets on 16 December 2015.

Which point in the future they focus upon next will determine the trajectory that stock prices will actually take, as the expectations associated with each point will drive stock prices.

At the same time, we've kept seeing the pattern when when unexpectedly bad news is reported, investors shift their attention to 2016-Q1. What that suggests is that there is a high risk of yet another roughly 10% correction in the market's near term future.

We think that the extent to which that might be avoided will hinge on how the Federal Reserve manages investor expectations after its December 2015 meeting. With the data we have available today, we think that if they set expectations such that investors believe that the next action they take will be after 2016-Q1, the U.S. stock market can avoid a correction event.

But if they indicate that their next action might take place in that first quarter of 2016, or if they otherwise lose the plot in the face of other market driving news, then the kind of focus-shifting correction we've described will become a done deal.

We're juggling our posting schedule around as we head into the end of the year's holiday season, which is why we're commenting on the stock market on a Friday when we'd otherwise be turning our attention to more fun-related material.

Speaking of which, we'll be turning our attention next week toward Thanksgiving, where it will be all turkey all week long, as per our annual holiday tradition!