The answer to that question is visualized below: 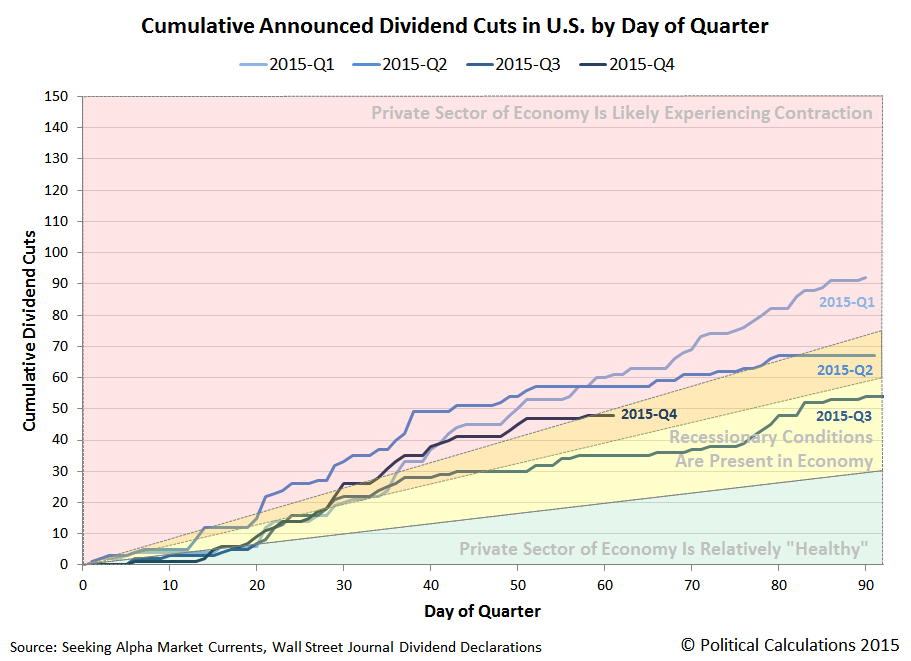 What we see is that after tracking along with the trajectory taken by dividend cutting companies in the first quarter of 2015, sometime in mid-November, fewer U.S. companies began announcing that they were cutting their dividends. As a result, we find the state of the U.S. economy as measured by the number of firms cutting dividends to now fall in the borderline region between recessionary conditions being present in the economy and outright economic contraction.

We wondered though how the trajectory of 2015-Q4 might be affected by the timing of the Thanksgiving holiday, where presumably the leaders of many companies would also be taking an extended holiday, which is a factor that would not be present in the previous three quarters of 2015. 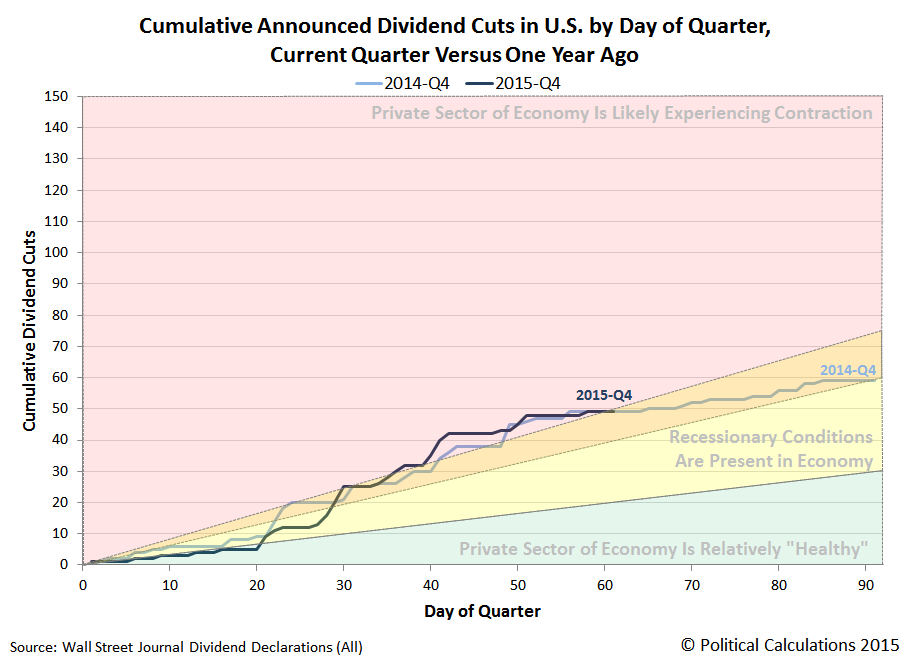 What we find is that the current quarter is tracking along almost identically with what happened a year earlier. Which is significant in that the U.S. economy was in the process of rapidly decelerating to stall speed following a strong third quarter in 2014.

And at this point in the fourth quarter of 2015, history appears set to repeat itself. Almost exactly.