Did you catch the headline in the Wall Street Journal yesterday about new home sales? In case you missed it, here it is, along with our excerpt of the first, second and final paragraphs from the story:

WASHINGTON--The market for newly built U.S. homes entered 2016 on a solid footing, after December's sales capped their best year since 2007.

Purchases of new single-family homes increased by 10.8% to a seasonally adjusted annual rate of 544,000 in December, the Commerce Department said Wednesday, beating the 502,000 estimated by economists The Wall Street Journal surveyed.

U.S. home builders continue to report high levels of confidence. The National Association of Home Builders' sentiment index stayed at 60 in January, unchanged on the month at a high level, the group said last week.

Elsewhere in the story, we find that both the median and average sale prices of new homes fell. Our first chart below shows what that means in the context of new home sales since January 2000: 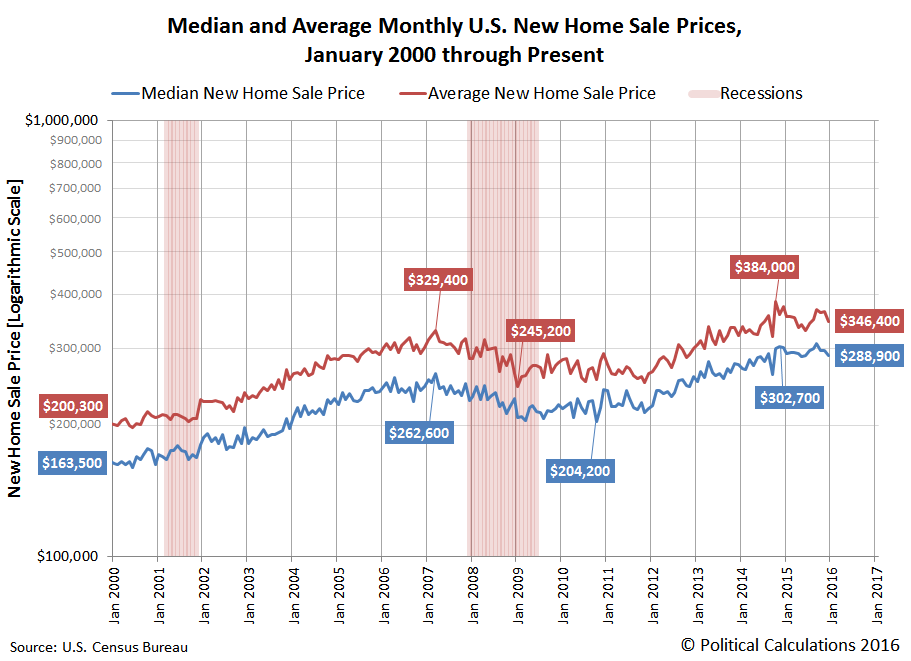 Keeping in mind that the data for each of the final three months of 2015 is still preliminary and may be subject to revision in upcoming months, wha we see is that for 2015 as a whole, median new home sale prices were essentially flat compared to previous years, while average new home sale prices slightly fell below the level where it started the year.

In itself, that's a positive development for U.S. consumers. But is it really one for U.S. home builders?

Which we have calculated as the real market capitalization of the new home sales market, in which we've adjusted the average new home sale prices to account for the effect of inflation over time to be in terms of constant December 2015 U.S. dollars then multiplied the result by the number of new homes sold in each month from January 2000 through December 2015 to get the raw aggregate value of all the sales recorded in each month. We then accounted for the effects of seasonality in the data by calculating the trailing twelve month average of the market capitalization for U.S. new home sales: 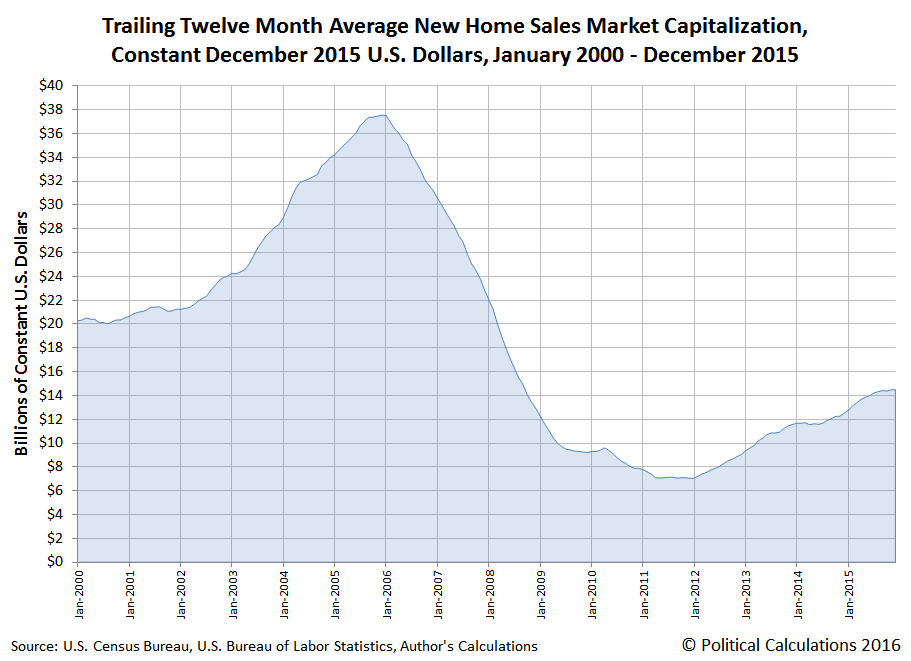 What we find then is a market that was rising steadily in the first half of 2015, rising from $12.75 billion in Janaury 2015 to $14.21 billion in July 2015, that then stalled out and went flat in the remained second half of 2015, barely rising to peak at an inflation adjusted $14.48 billion in November 2015, which coincidentally is the same figure we calculate for December 2015 as well.

Once again, the data for the last three months of 2015 is still preliminary and will subject to revision over the next few months.

To put the market capitalization data in better context, here is what it looks like over all the data we have, which spans the last 40 years. 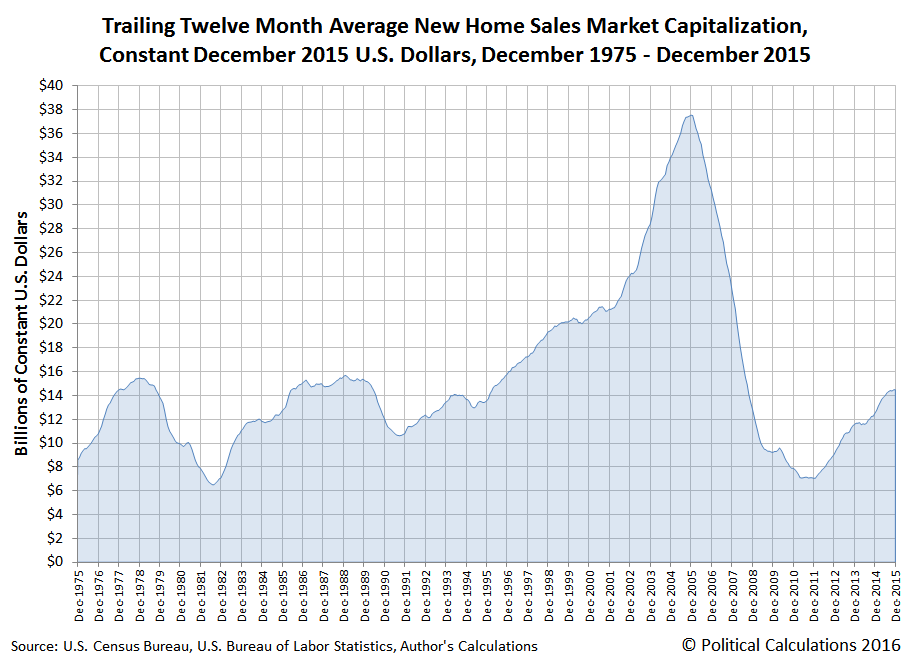 What these results suggest is that new home sales have stalled out in the second half of 2015, to the point where they contributed very little growth to the nation's GDP in the final quarter of that year. And quite potentially, the new home sales market in the U.S. has topped, coincidentally at or near the inflation-adjusted levels where the industry has previously topped or plateaued in the years preceding the housing bubble.

We'll have to see just how long the sentiments of the National Association of Home Builders stays elevated at its current high level.