Every now and again, we like to look at the historical data that underlies our ongoing series of analysis on the topic of trade between the U.S. and China. In our first chart, we're presenting the value of goods and services that the U.S. exports to China, both in terms of U.S. dollars, which is what the U.S. economy sees, and in terms of Chinese yuan, which is how China's economy sees the value of the same goods. 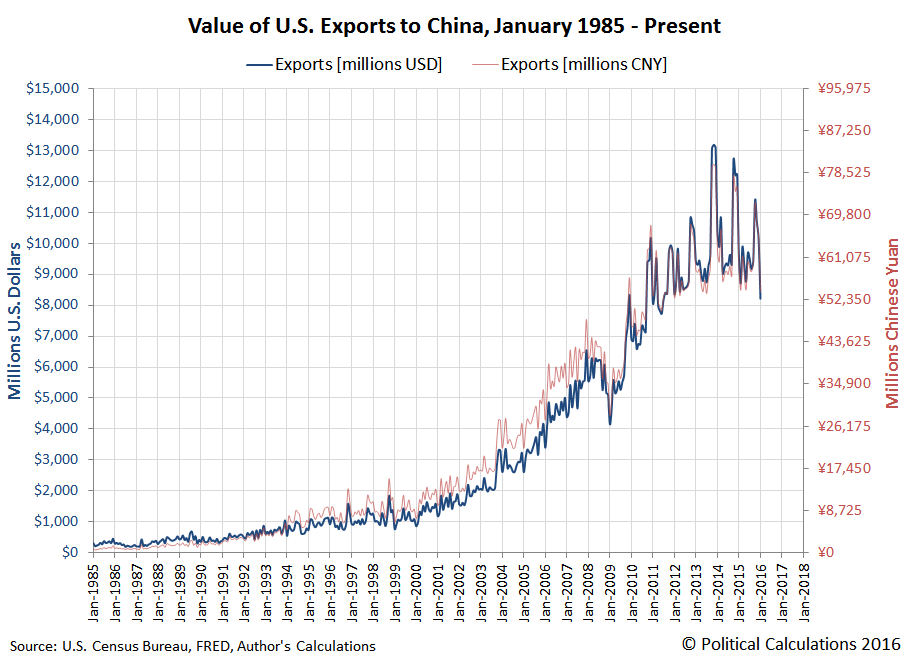 Since 2013, we've seen what had been an exponential growth trajectory turn more into a S-shaped logistic curve, which corresponds to the deceleration of economic growth within China's economy. 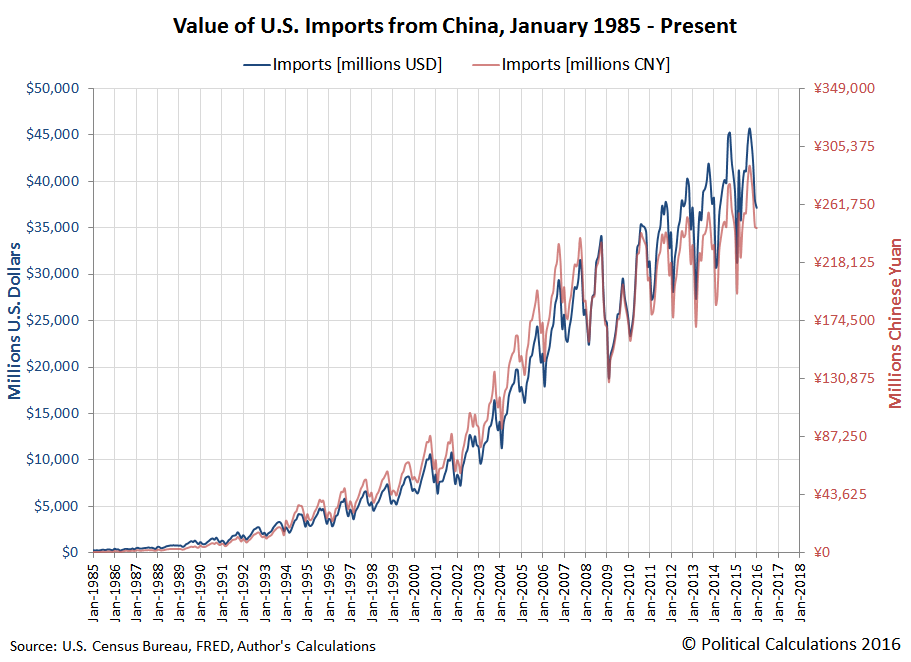 In this chart, we see that the value of goods that the U.S. imports from China in recent years is somewhere between three and four times the value of the goods that the U.S. exports to China. The chart reveals that the value of the goods imported by the U.S. grew at an exponential rate up until 2006, after which it stalled out with the onset of the deflation phase of the first U.S. housing bubble, before crashing during the Great Recession and then resuming a more linear uptrend in the years since 2013, coinciding with a period of slow economic growth in the U.S. 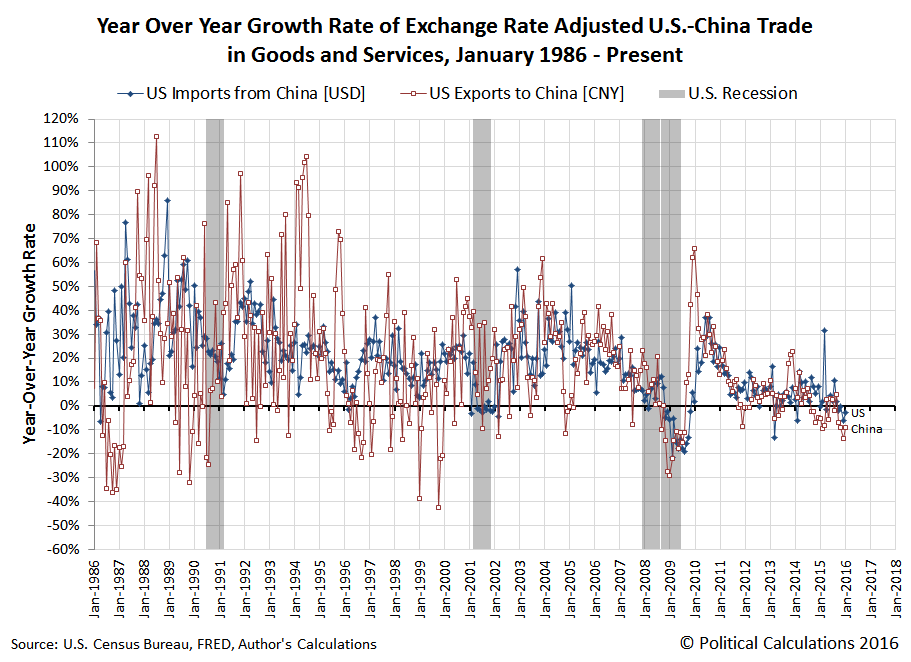 Through January 2016, it would appear that while both nations have rebounded over the low values set in December 2015, both remain in the negative growth territory that they have been in over the last four months.