That's why we're pleasantly surprised to be able to report that up to this point in the third quarter of 2016, we're seeing something very positive developing in the market. The cumulative number of dividend cuts that our two near real-time sources have reported for 2016-Q3 through Tuesday, 26 July 2016 is falling both well below what was recorded on the same day of the quarter in the first two quarters of 2016. 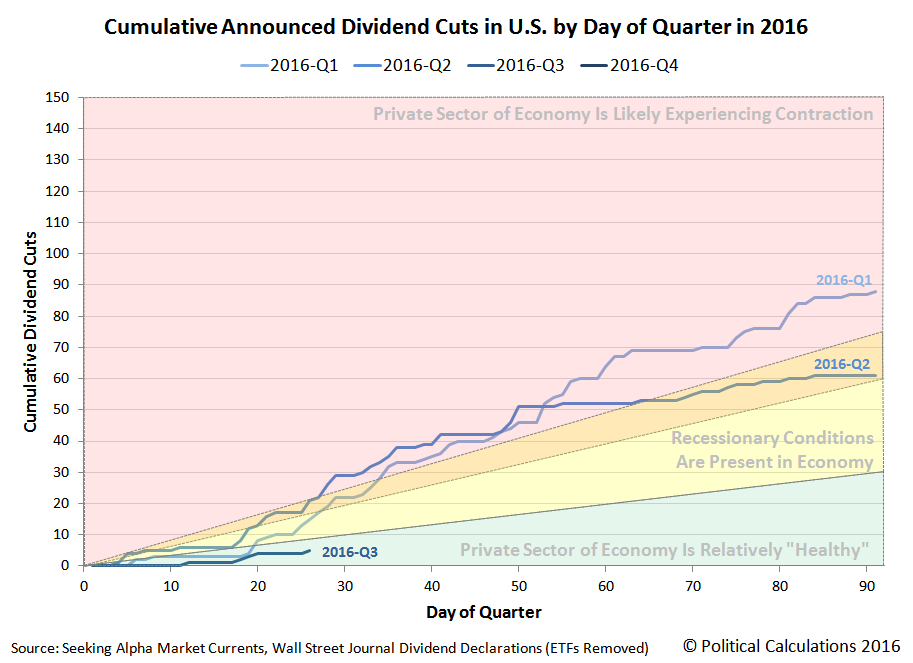 And for the first time in 2016, the cumulative number of dividend cuts declared through this day of the current quarter (2016-Q3) is running well below the figures that were recorded in the same quarter a year ago (2015-Q3). 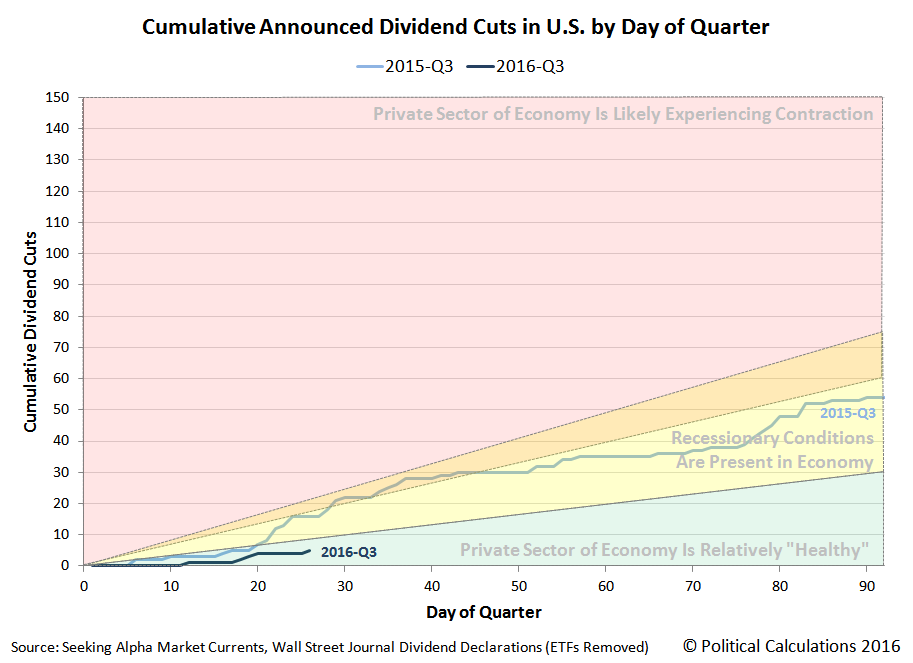 As measured by the number of dividend cuts declared through this point of time through our two main news sources for this information, 2016-Q3 is so far shaping up to be the best quarter of 2016, keeping well within the "green zone" that corresponds to a relatively healthy condition for the U.S. economy. Or perhaps more accurately, where the level of distress in the private sector of the U.S. economy has dropped to levels that are consistent with stronger economic growth.

As analysts, what we want to see over the next several weeks is whether this positive trend continues. As economic observers however, we have to caution that we've found that dividend cuts are a near-real time indicator of the health of the U.S. economy, telling us how businesses perceived their future outlook in the very recent past. Other measures of economic health, such as jobs, are lagging indicators, which means that the high level of distress that we've just seen peak in the form of dividend cut announcements in the previous month may not yet have transmitted through the economy, where bad news for those lagging indicators would still lie ahead.