One month after the number of U.S. companies declaring they would be cutting their dividends outnumbered the number of U.S. firms increasing their dividends - the first time that has happened since the Great Recession - the immediate situation for the private sector of the U.S. economy appears to have improved, confirming the development of bright spot for the economy. 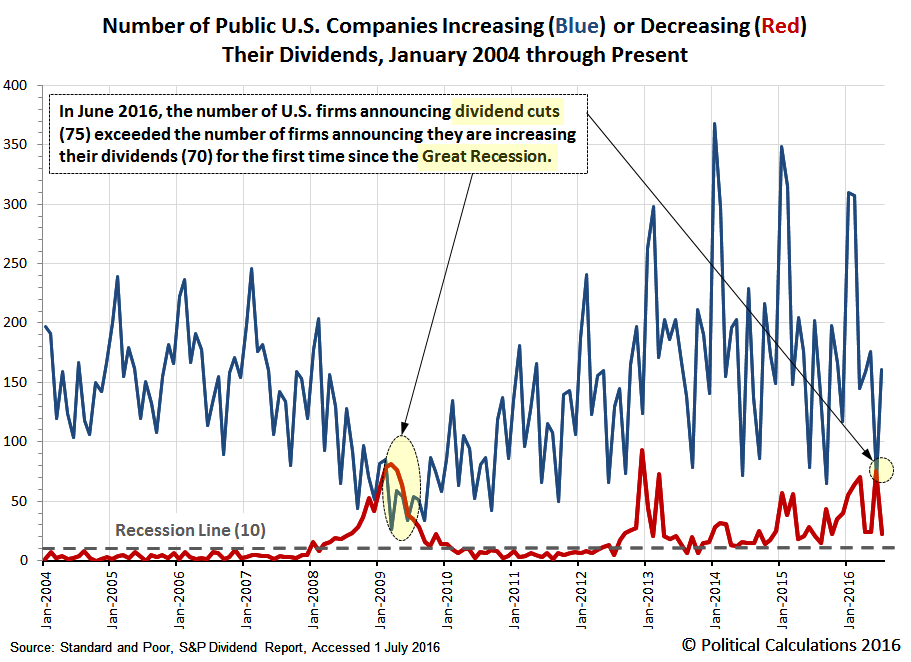 Looking at just the monthly number of dividend increases, we see a general downward trend since mid-2014, which has continued through July 2016.

Zooming in on the monthly number of dividend cuts, we see a general upward trend over that same period of time. 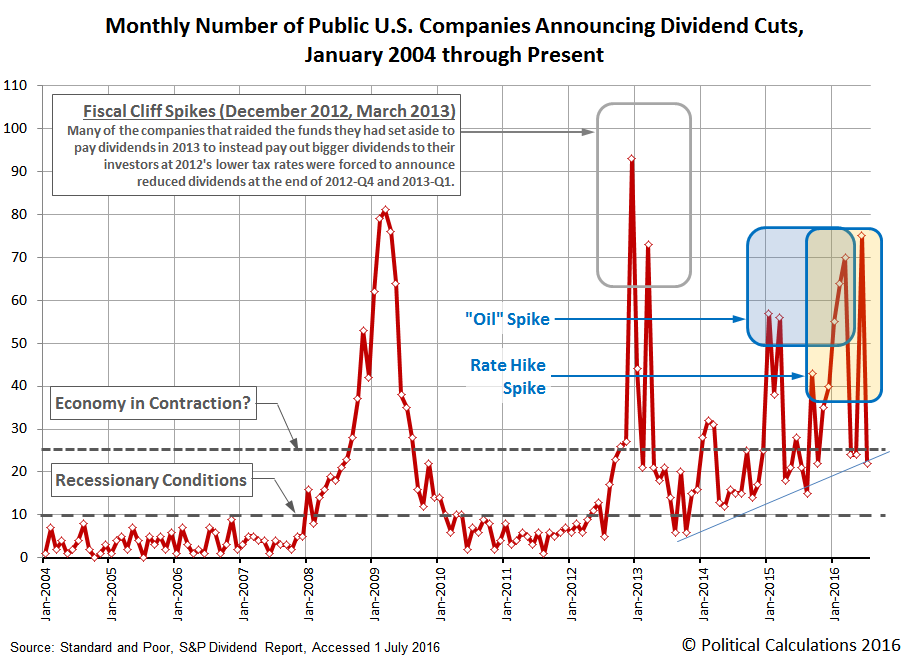 So while July 2016 represents an improvement in both figures, that improvement is occurring within the context of generally negative trends for both measures.

Going by our real-time sampling of dividend cuts during July 2016, we can confirm that the first quarter of 2016-Q3 is off to a much stronger start than the year ago quarter of 2015-Q3. 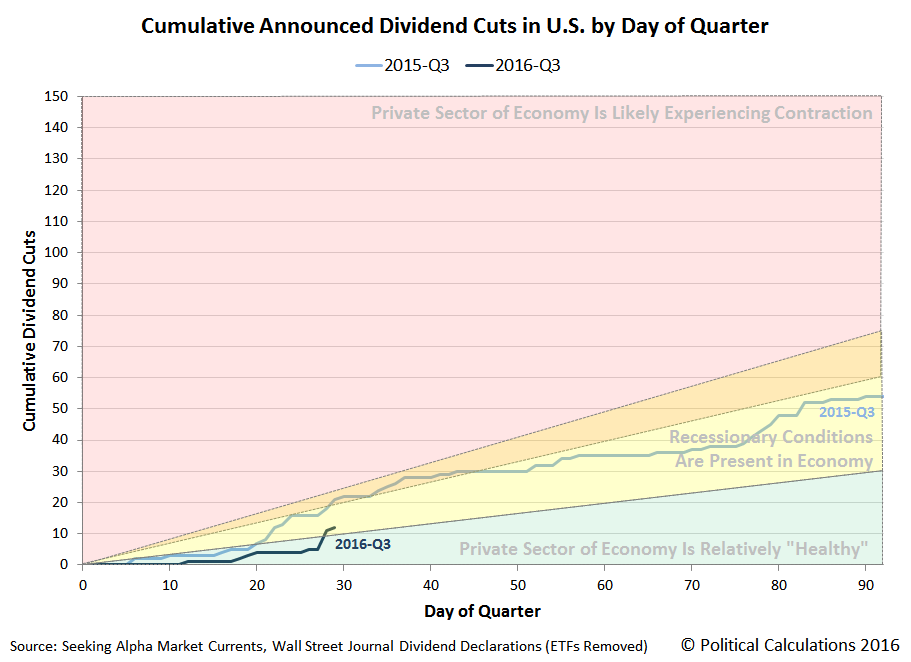 Even though the last several days of July 2016 saw an uptick in the number of dividend cuts that was sufficient to lift the month into the zone indicating that recessionary conditions are present in the U.S. economy, it was never-the-less a marked improvement over the year ago quarter.

Or for that matter, the first two quarters of 2016. 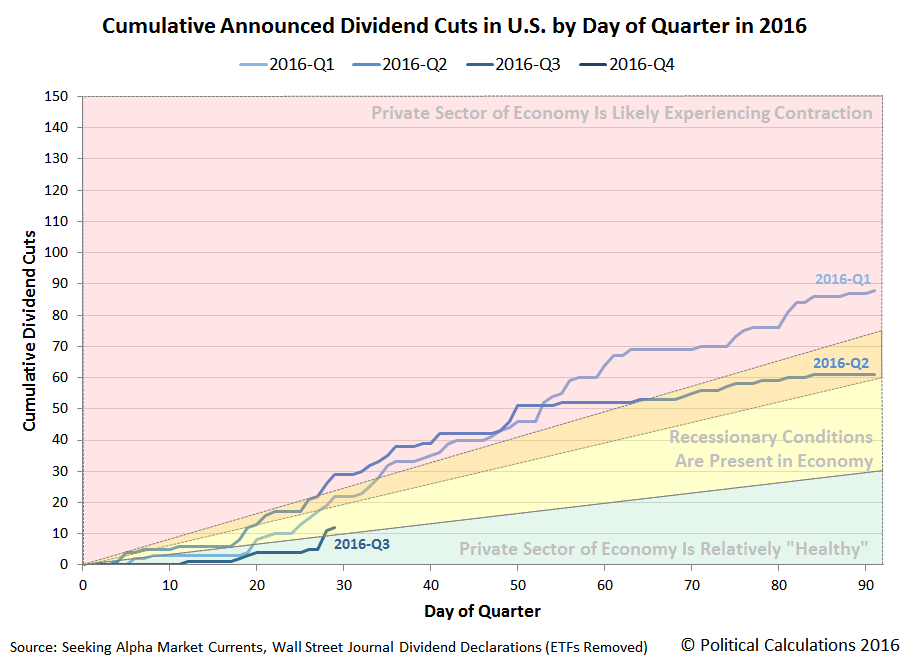