Every year, there are thousands of wildfires all over the world that add to the amount of carbon dioxide in the Earth's atmosphere. While the amount of carbon dioxide that enters the air this way is much pales in comparison to that emitted by controlled human activities, wildfires never-the-less are a significant contributor to atmospheric CO2 levels.

That's one reason why we found the following world map from Global Fire Data fascinating, because it indicates the geographic origins of the fires that put the most carbon dioxide into the air in the years from 1997 through 2014. 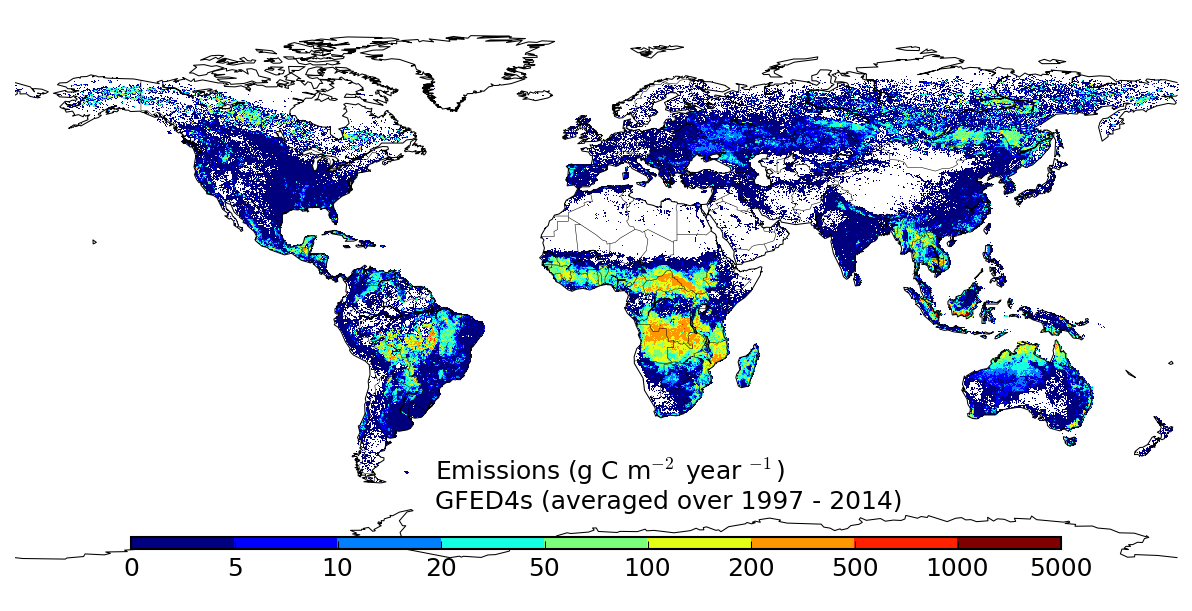 The reddest regions on the chart were no surprise however, with Indonesia representing the region of the world whose fires have pumped the most carbon dioxide into the air with respect to the size of the relative amount of area burned, thanks largely to the burning of the large concentration of carbon-rich peat in its forests.

Speaking of Indonesia's wildfires, we're finally seeing the amount of CO2 entering into the Earth's atmosphere begin to fall, as measured at the remote Mauna Loa Observatory. 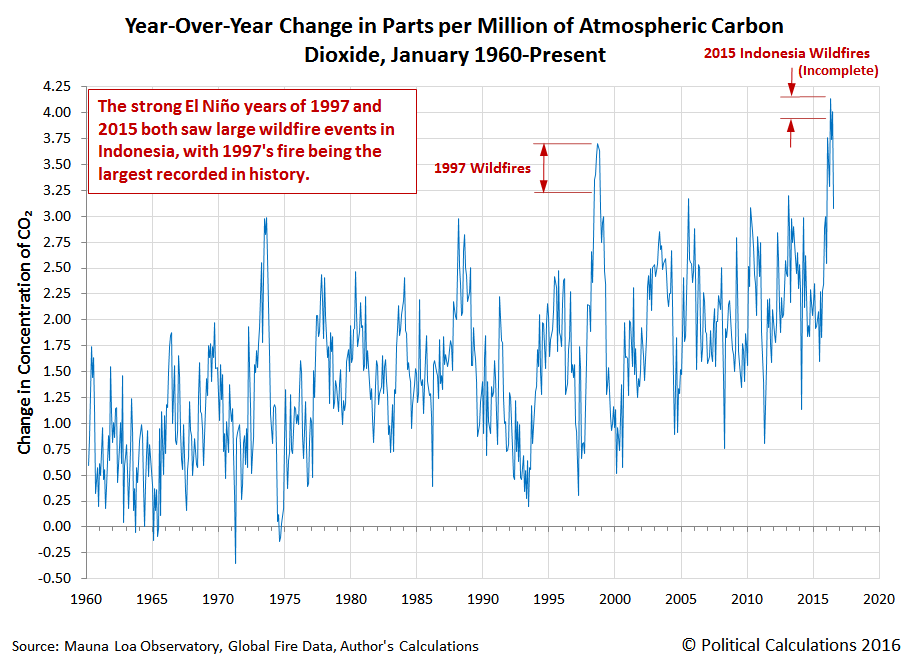 While Canada's Fort McMurray fire added to the increase in carbon dioxide in the Earth's atmosphere in recent months, it contributed far less than Indonesia's wildfires. As of July 2016, the year over year change in the amount of CO2 in the atmosphere has finally returned to levels where it previously peaked during the last decade.

But now we have a couple of questions. What was the timing of the African wildfires in the years from 1997 through 2014 and to what extent might they have contributed to the spikes we see in our chart? Being able to answer this question would make the measurement of atmospheric CO2 levels a better indicator of the Earth's economic activity, where we could better isolate the portion attributable to human activities.

And for those who would just rather watch the world burn, we would suggest this option for doing it in style!