In October 2016, the United States saw the value of the goods and exports that it exports to China explode upward to the highest value on record since October-December 2013.

We can see that sudden surge in our chart tracking the year over year exchange rate adjusted growth rate of goods and services traded between China and the U.S., where it the just released data for October 2016 jumped up to 18.2% from September 2016's level of 6.3%. 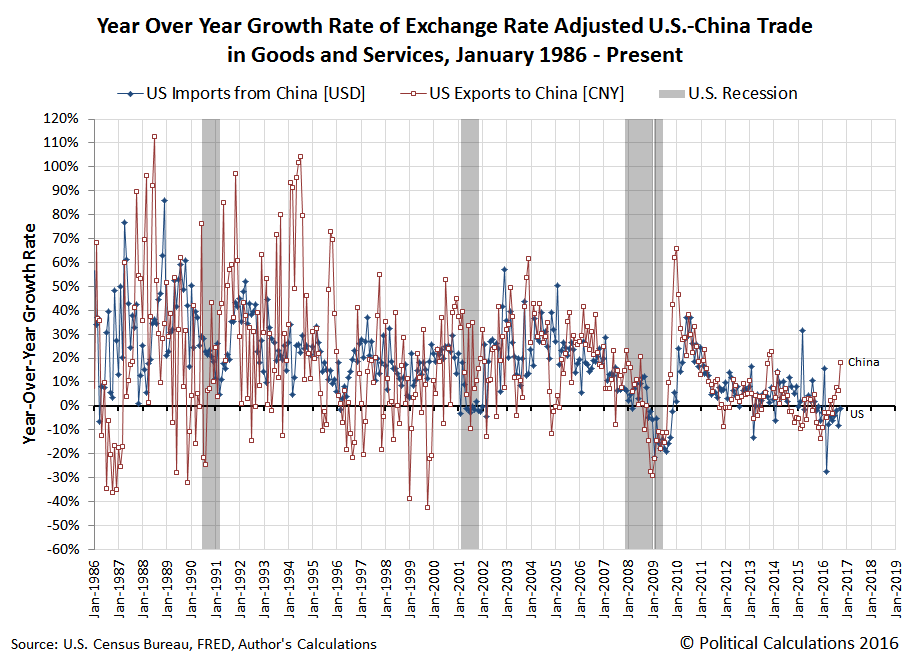 Here's what the surge looks like in terms of the U.S. Census Bureau's data on the value of the U.S.' exports to China. 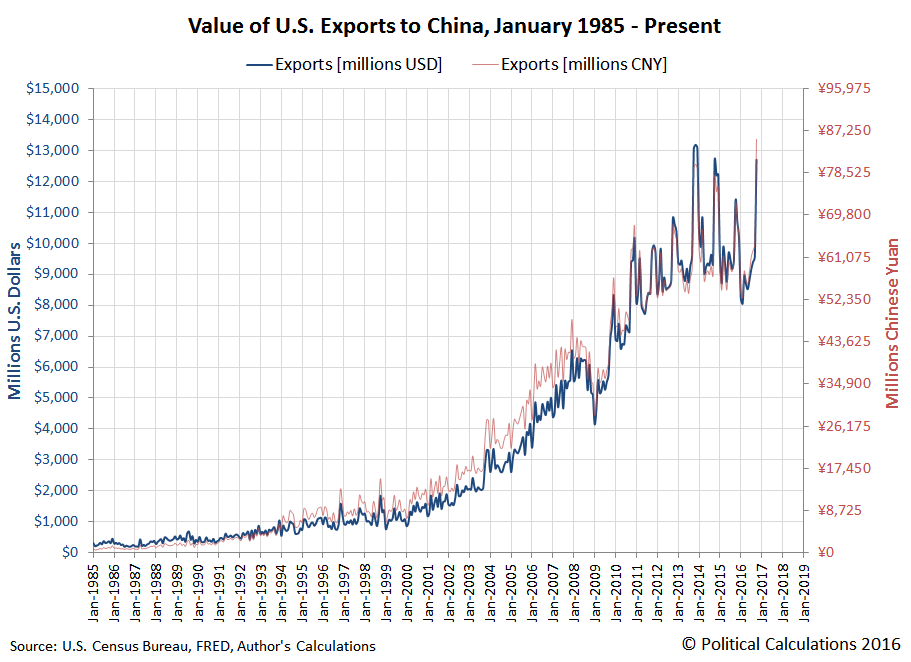 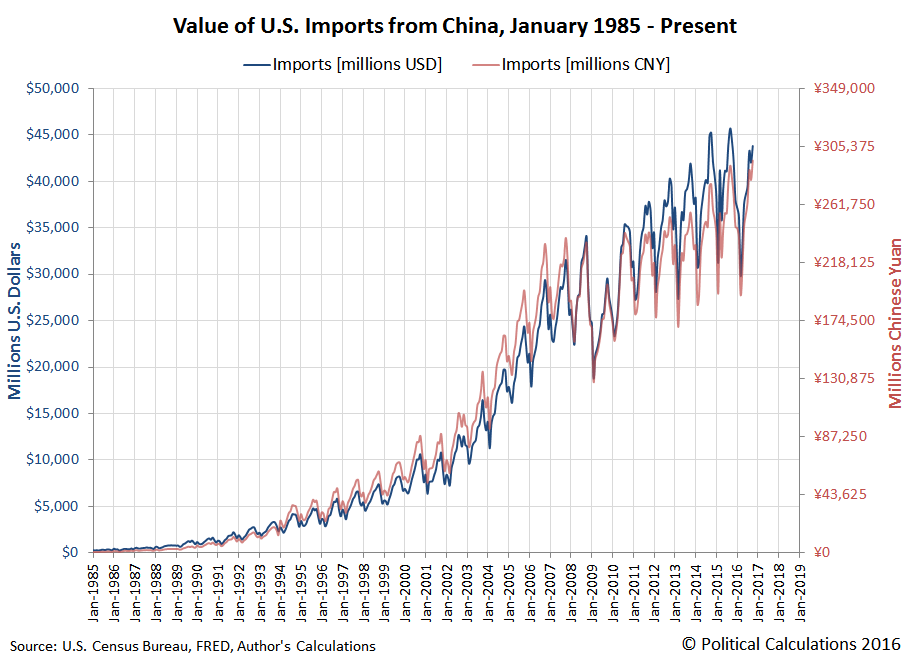 Back in 2013, U.S. soybean farmers brought in a bumper crop at a time when both soybean prices were high, which provided a significant boost to the U.S. economy - particularly in the third quarter of that year.

Then as now, U.S. farmers have produced a bumper crop for soybeans. But this time around, the prices of soybeans are about a third lower, which means that the U.S. is exporting an even greater quantity of soybeans to China than the record levels of that year.

We'll do a follow up post to see just how much bigger soon, but for now, what we know is that the U.S. Census Bureau's data for soybean exports indicates that China bought 78% of all the soybeans that the U.S. exported to the world in October 2016!