In November 2016, 29 U.S. firms announced they would be cutting their dividend payments to investors. The month marks the 37th consecutive month in which the number of dividend cuts has exceeded a threshold that is consistent with recessionary conditions being present in the U.S. economy, and the 16th of 23 times since January 2015 where the number has exceeded a level that indicates some degree of contraction occurring within the U.S. economy. 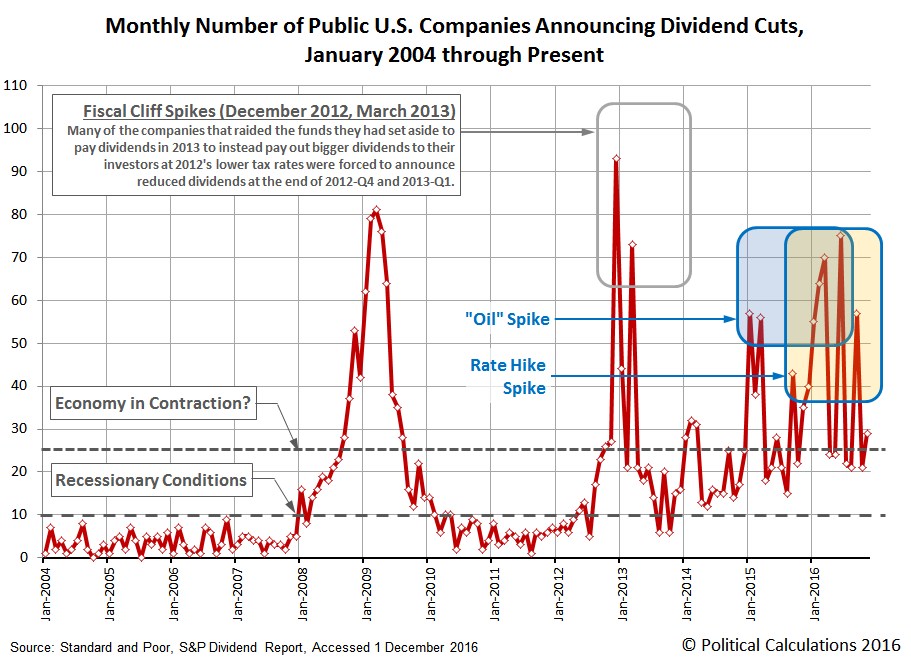 From what we can tell from our near-real time sampling of announced dividend cuts, most of the distress leading firms to announce dividend cuts is increasingly becoming concentrated in the financial sector of the U.S. economy, although the oil production sector remains elevated as well.

But there is good news to report as well. The number of dividend increases announced during the month of November 2016 showed a year over year increase over November 2015, which is only the second time since August 2015 where that has happened, breaking a downtrend for this measure of relative economic health. 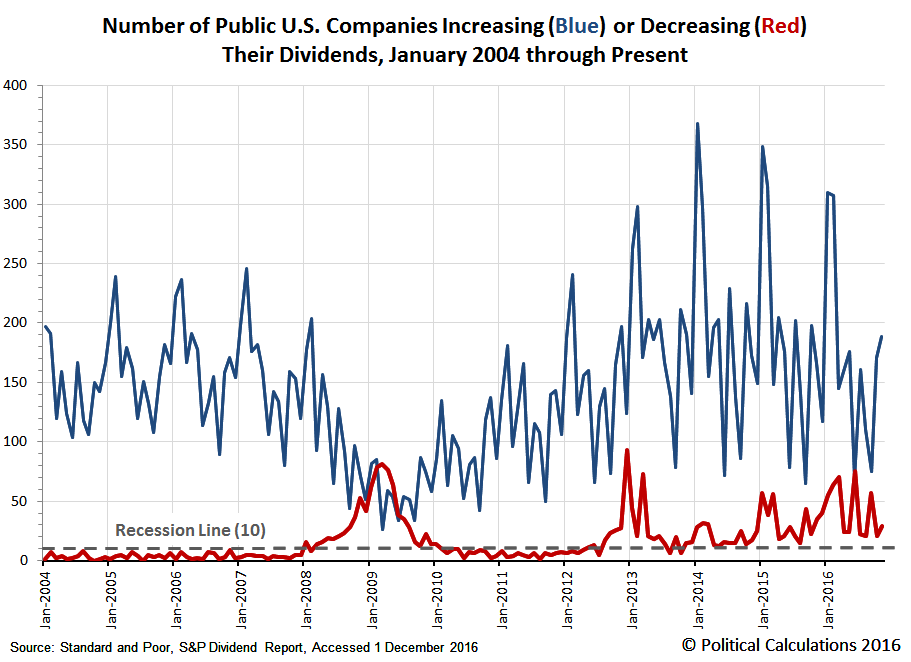 It will be interesting to see what develops during December 2016, as the Federal Reserve has all but 100% committed to hiking short term interest rates that month, even though their previous actions to do so has coincided with increased dividend cuts announced by interest-rate sensitive U.S. firms, such as mortgage-related Real Estate Investment Trusts (mREIT).