The U.S. stock market passed a major milestone in Week 4 of January 2017, but one that's just not as big a deal as the market's next major milestone, which isn't far away.

We'll discuss that a little bit more after reviewing the rest of the week's news. For now, we find that the S&P 500 continued to behave as expected during the fourth week of January 2017. 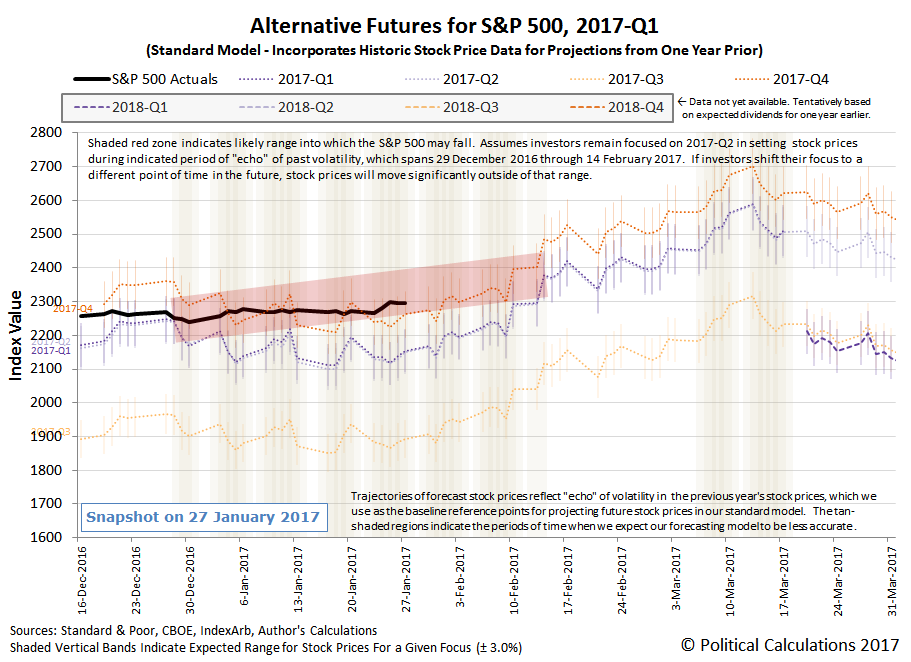 Let's get to the more significant market-driving headlines for the week that was.

Elsewhere, Barry Ritholtz summarized the week's positives and negatives for the U.S. economy and markets.

Looking forward again, the next big psychological threshold for the market is more meaningful than Dow 20,000 - it's S&P 2300!

Today, the S&P 500 rules. And that’s why a record high close above 2300 (it briefly crossed that milestone intraday on Thursday before closing a little more than 5 points shy Friday) carries more weight than the headline-grabbing Dow 20,000.

“The S&P 500,” says Bill Hornbarger, chief investment strategist at Moneta Group, “has surpassed the Dow in terms of its importance. The simple reason is that it is broader and more representative of the domestic economy.”

The Dow, for example, only has six tech stocks, and mainly old-tech names like Microsoft, Intel and IBM, versus more than five dozen tech stocks in the S&P 500. The Dow doesn’t have online-advertising giant Alphabet (the parent of Google) or social media giant Facebook or online-retail powerhouse Amazon.com. Nor does the blue-chip Dow have any exposure to the utilities or real estate sectors, or regional banks like Cincinnati-based Fifth Third Bank or oil services-related firms like Schlumberger.

Money flows show the S&P 500's supremacy. Currently, $2.1 trillion is invested in “passively managed” index mutual funds and exchanged traded funds that mimic the S&P 500, vs. only $35.6 billion invested in these types of funds that track the Dow, according to S&P Dow Jones Indices.

Sure, we could spend time forecasting where the Dow will go next, but it just isn't as meaningful an exercise as it is for the S&P 500!