The following chart illustrates the size of California's teen labor force and the number who had jobs over the last 15 years. 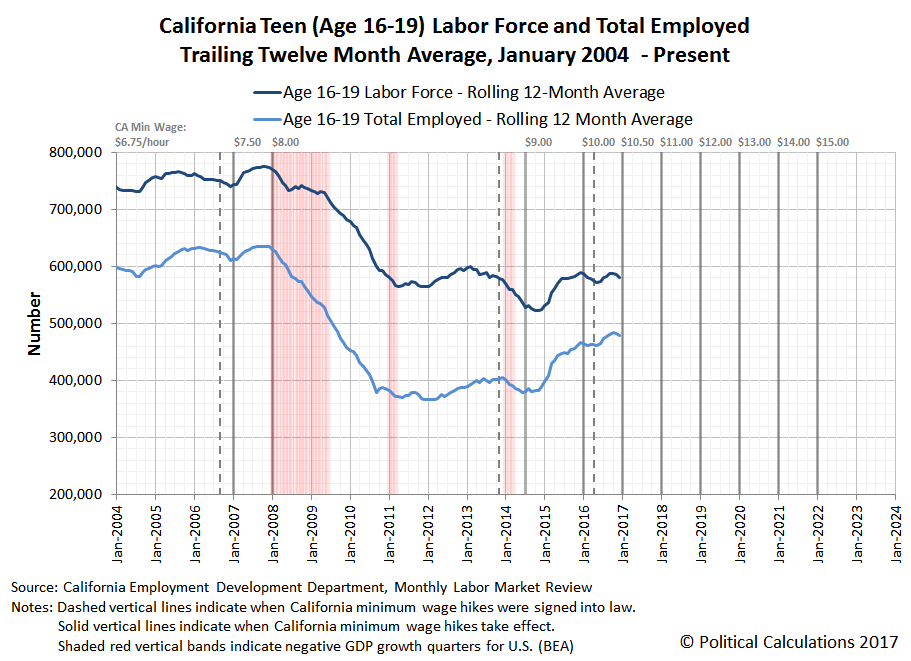 The last 8 years haven't been particularly good ones if you're a teen in California who wants a job. After collapsing from January 2008 through September 2010, there was precious little growth for teen jobs in the Golden State until January 2015.

2015 turned out to be a boon for the hiring of teens, which suddenly stalled out in January 2016. After holding flat for several months, the number of employed teens in California rose slightly in the latter half of 2016, before once again stalling out and beginning to decline slightly in the last months of the year. As of December 2016, the trailing 12 month average number of employed teens in California stood at 478,000, some 120,000 fewer than the 598,000 that had jobs back in January 2004, when California's population of Age 16-19 year olds was just slightly higher than the population of teens in the state in December 2016.

By contrast, the following chart shows the size of California's non-teen labor force and total number of employed people Age 20 and higher. 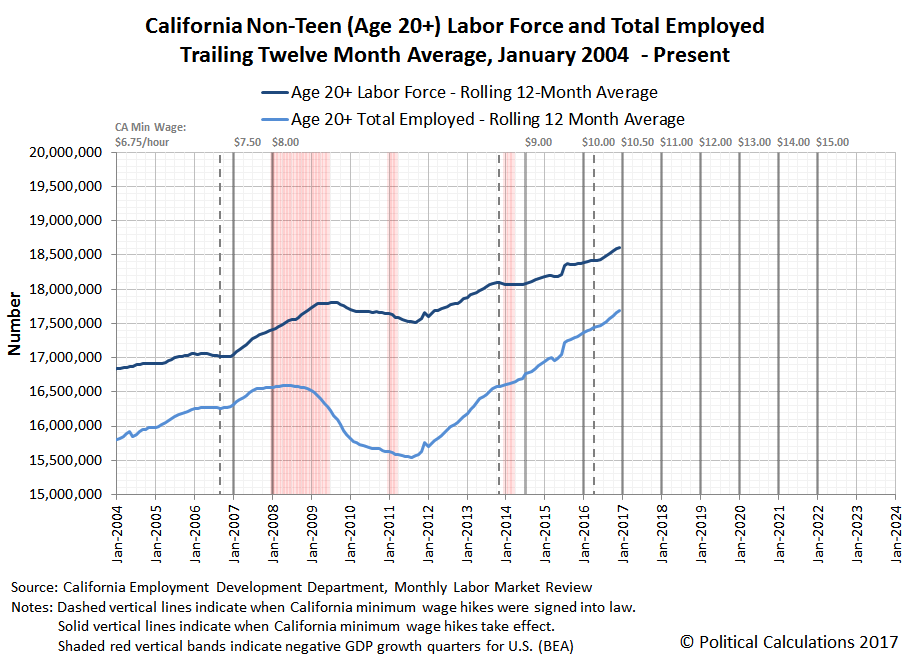 Californians Age 20 and older have experienced a very different job market than California's teens have over the last 8 years. There are many contributing factors that account for that situation, two of which are indicated on the charts above.