Two years ago, Ramiro Gómez created a map that says as much about civilization as photographs of the lights from cities at night from space: a map of all the pubs in the United Kingdom and in Ireland. 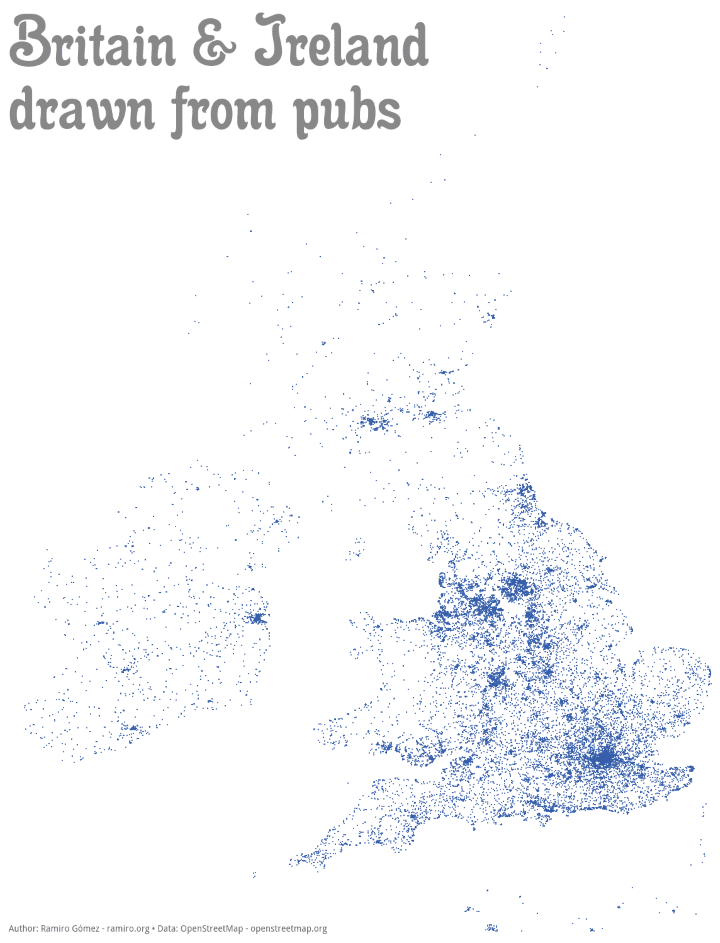 A little over two years later, computer scientists from the University of Waterloo in Canada have managed to connect all the dots that fall within the United Kingdom, as they used an algorithm they developed to solve a unique version of the "traveling salesman problem", to connect the dots in the shortest amount of distance without repeating any stop.

The result, of course, can only be described as the world's most epic pub crawl.... 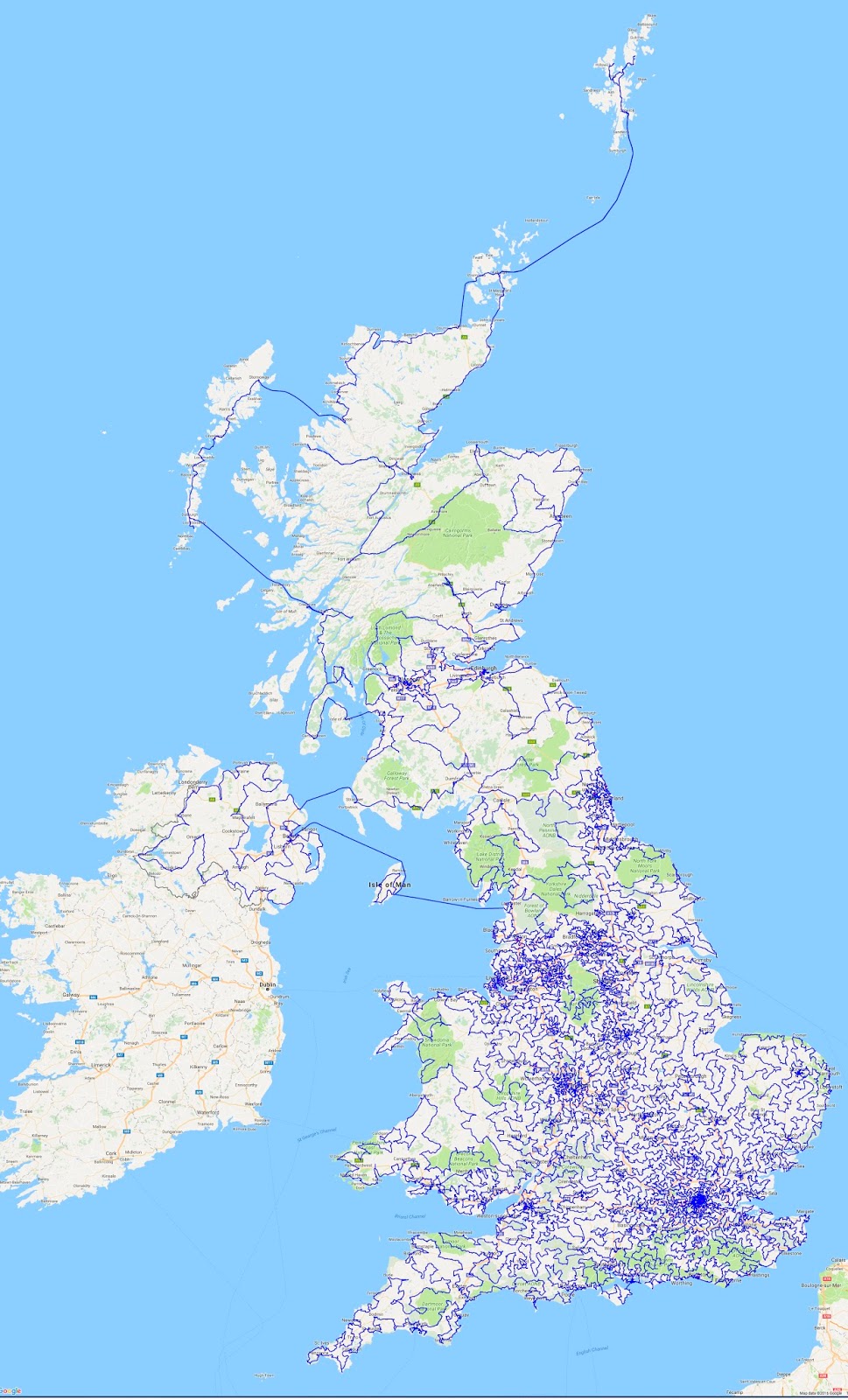