For the sixth month in a row, the exports of soybeans from the U.S. to China led to a year-over-year surge in the exchange rate adjusted growth rate of trade between the two countries. The following chart shows the spike in the growth rate of U.S. exports to China through the end of 2016, which closely resembles the previous spike in 2013 that was also driven by the mass export of that year's bumper crop in soybeans. 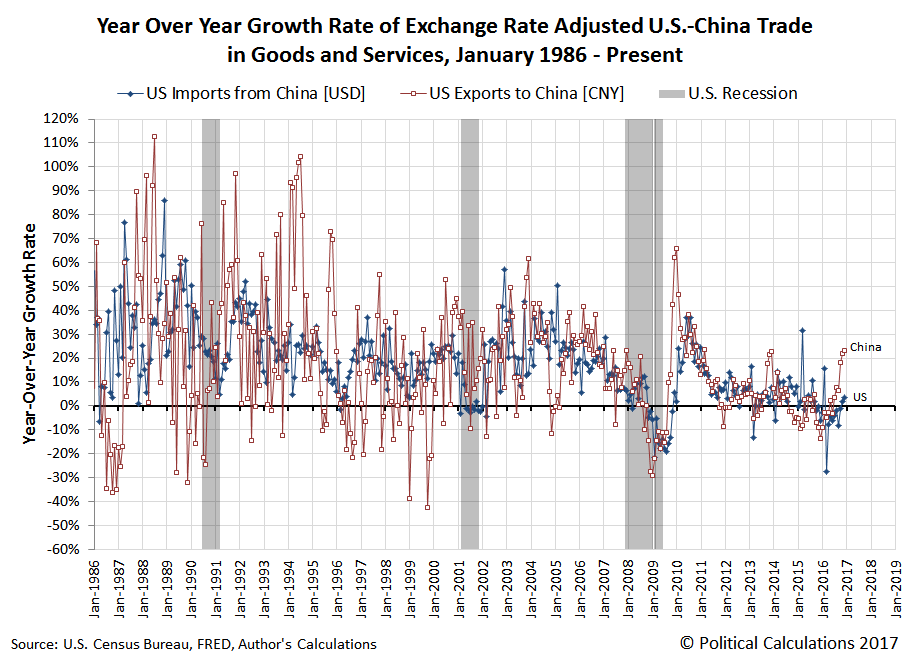 At the same time, the year over year growth rate of goods imported by the U.S. from China continued to rise into positive territory, suggesting growing strength in the U.S. economy.

Focusing on U.S. soybean exports again, the following chart shows our estimates of the volume of monthly exports of soybeans from the U.S. to China for each month of 2016 with respect to the amount of soybeans exported during those months in previous years. 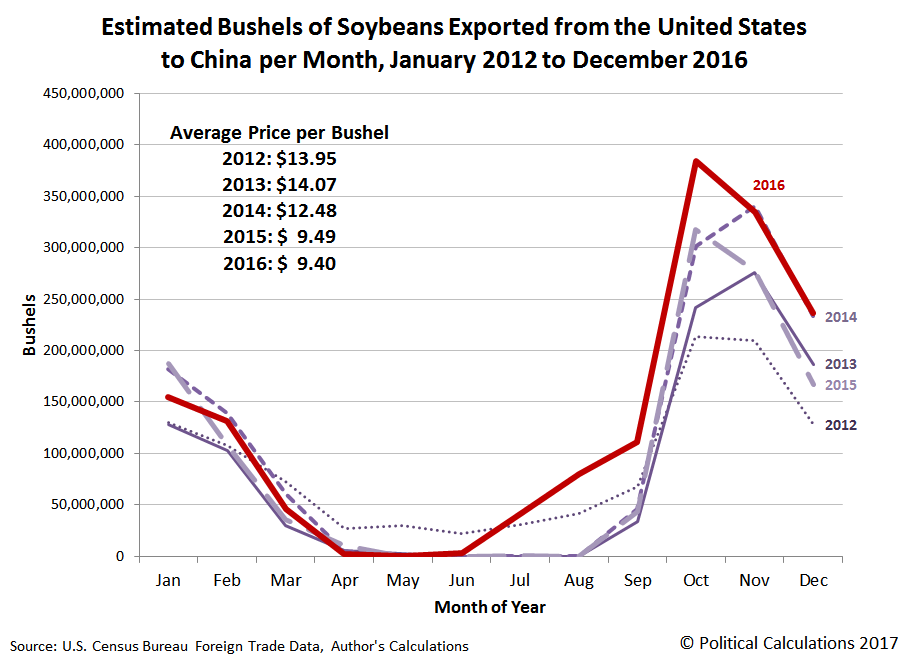 In real terms, or rather, the terms of the quantity of U.S. soybean exports, 2016 is the best year on record, with the greatest contribution coming in the third quarter of 2016. The conditions that led to that outcome must be considered to be unique however, in that the world's second largest exporter of soybeans, Brazil, experienced a drought that reduced that nation's crop yields, which prompted China to turn to the U.S. market earlier in the year to fulfill a significant portion of their demand.

At the same time, thanks to nearly ideal growing conditions, the U.S. had a bumper crop of soybeans available to export - the largest since 2014.

Combined, those two factors delivered a real boost to the U.S. economy from the export of soybeans to China in the third and fourth quarters of 2016, with the third quarter benefiting more from the unique circumstances that made those increased exports possible.

Looking forward, we can expect the economic growth that will likely be reported in the first quarter of 2017 to be somewhat pale by comparison, since U.S. soybean exports will no longer be a significant contributor to economic growth. And given those unique circumstances, it is unlikely that the U.S. will see a similar year-over-year spike in exports to China when 2017's soybean export season comes around in the second half of 2017.