One of the more surprisingly popular posts that we've featured this year was "A Centrist's Guide to Media Bias and Usefulness", in which we featured a chart that ranks general news reporting web sites by the information quality of their reporting and a more accurate indication of their relative position on today's political spectrum than an earlier version that had gone viral.

So we were intrigued when we found that RealClearScience's Ross Pomeroy and Tom Hartsfield had joined with the American Council on Science and Health's Alex Berezow (formerly of RealClearScience) to create a similar chart for science news web sites.

Although here, they adapted the measure of information quality to focus more on how strongly evidence-based the stories covered by the science news sites they evaluated were, which they then assessed against a non-political spectrum that assesses how accessible or compelling each sites' stories would be to a general audience. Here's the chart they developed: 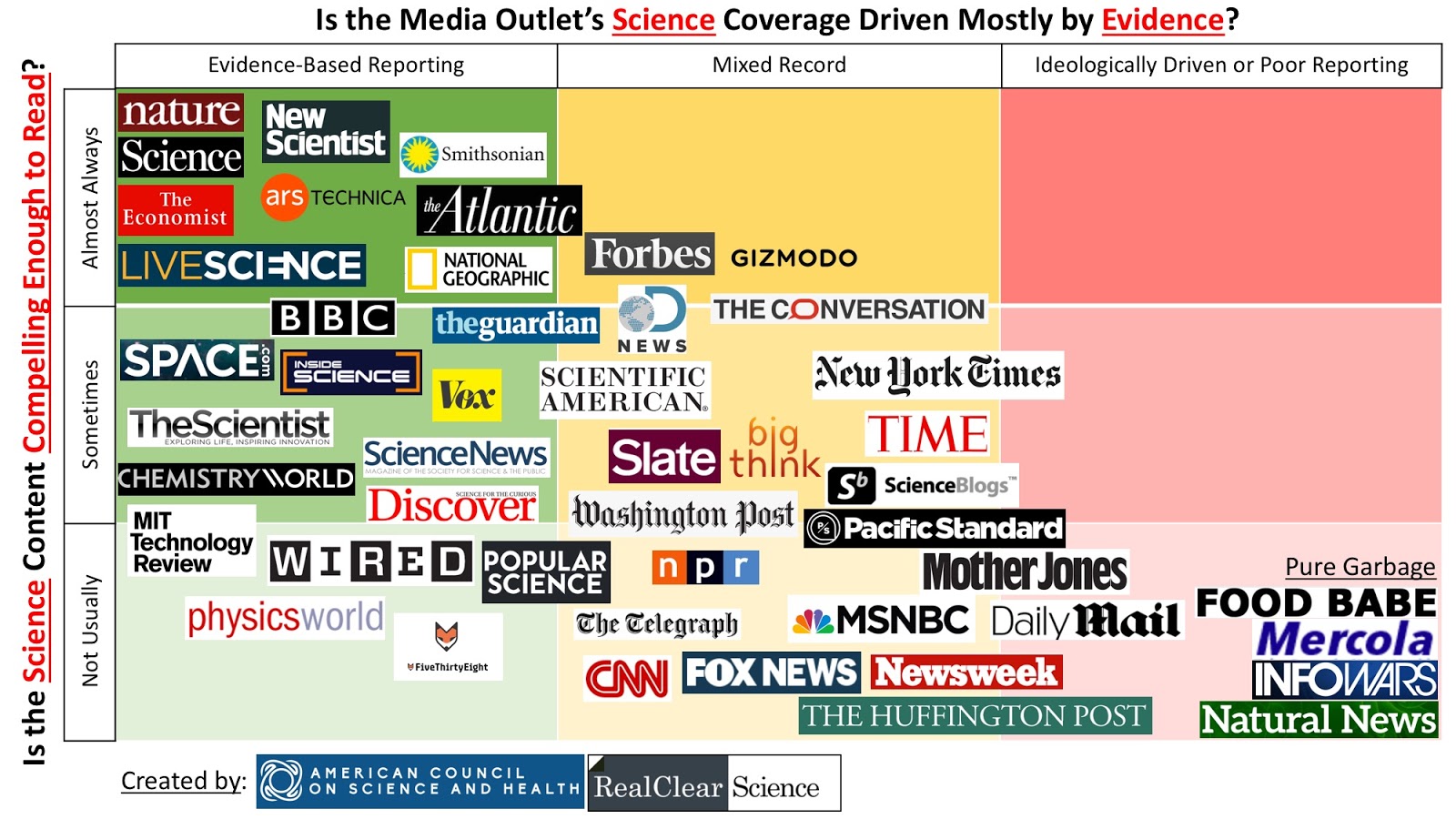 Overall, their rankings are pretty solid, though we might tweak the placement of some of the sources (we would rank Wired slightly higher on the "compelling" measure for example, although that's attributable to the kinds of science news stories that we find interesting.

As for what sites we'd like to see added to the rankings, we would put Phys.org on the list, although it has considerable overlap with LiveScience as a news aggregator, it covers more fields of science. Its downside is that a lot of the stories it picks up read like press releases, so for a lot of stories, it would only fall in the "sometimes compelling" categorization.

We'd also look to add more maths into the mix, which though it falls outside the focus on evidence-based science, where mathematics news is concerned, there are considerably fewer sites that generate anything close to what might make for compelling reading by a general audience. And really, we'd recommend just three for that kind of consumption: Quanta and +Plus, for written word reporting, and BBC Radio 4's More or Less, which is presented in audio format.