In March 2017, 76 U.S. firms collectively declared that they were cutting their dividends, marking an increase of 41 firms over the level recorded one month earlier and an increase of six over the number of dividend cuts that were reported in March 2016. For the first quarter of 2017 (2017-Q1), the number of dividend cuts totaled 158, which is a significant reduction over the 189 that were declared in the first quarter of 2016 (2016-Q1).

Going by just that measure, dividend cuts in the U.S. are sending a mixed picture of the relative health of the U.S. economy. Looking at the bigger picture, the following chart shows the number of dividend cuts announced in the U.S. each month from January 2004 through March 2017. 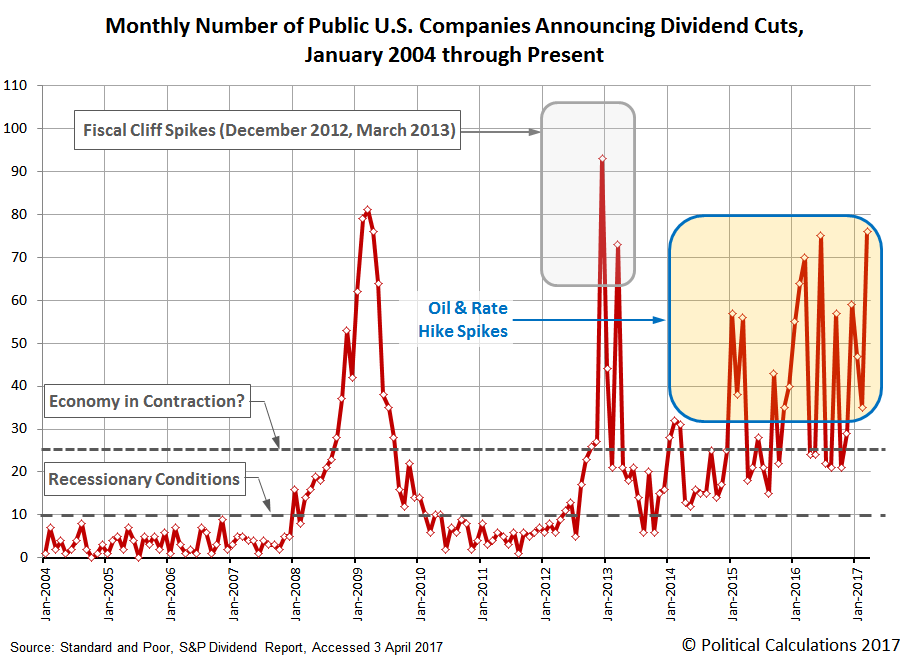 Digging deeper into the data by sampling the 39 dividend cuts by U.S. firms that were reported through either Seeking Alpha or by the Wall Street Journal, we obtained the following breakdown of economic distress by industrial sector. 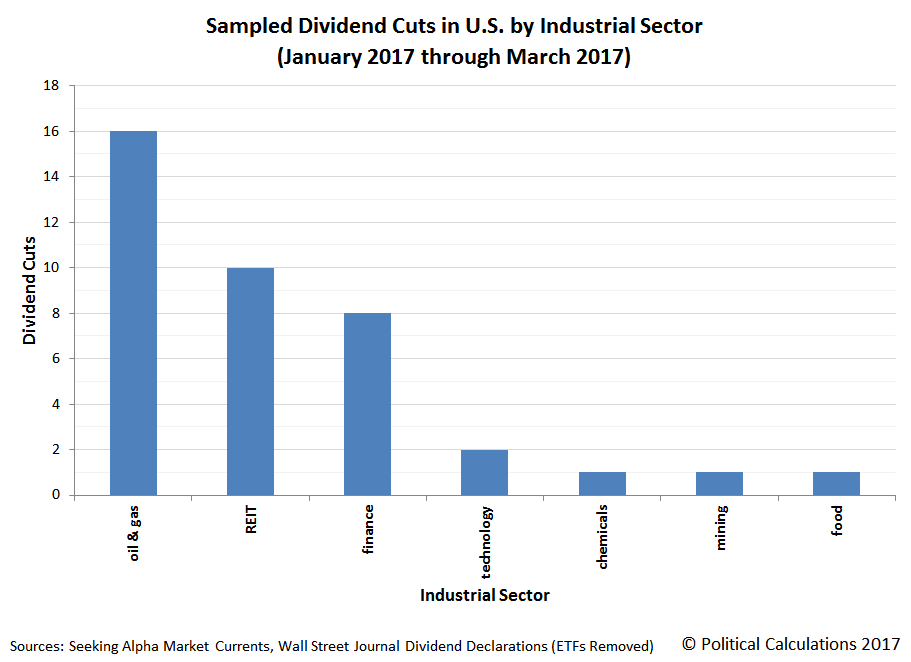 Compared to what we observed in the fourth quarter of 2016 (2016-Q4), the number of negatively impacted industries has been cut in half, from 12 to 6.

However, the concentration of distress by industrial sector has significantly changed. While the oil and gas industry continued to account for the greatest number per the industries we track, the number of firms in this industry continued to decline, falling to 16 firms in 2017-Q1, down from 18 in 2016-Q4 and more remarkably, down from 45 in 2016-Q1.

There was a surge in the number of Real Estate Investment Trusts (REIT), and particularly mortgage REITs (mREIT) during the first three months of 2017, as these very interest-rate sensitive firms were negatively impacted by the Fed's rate hike that were announced in December 2016. We anticipate that any negative impact from the Fed's newest rate hike announced in March 2017 will become more evident over the next several months, if not fully by the end of 2017.

Combined with the closely related finance industry, dividend cuts in these two industries outnumbered those recorded in the U.S. oil & gas sector for the first time since oil prices began to crash in July 2014. The recovery and stabilization of oil prices after bottoming in February 2016 accounts for much of the year-over-year improvement for dividend cuts in the U.S. 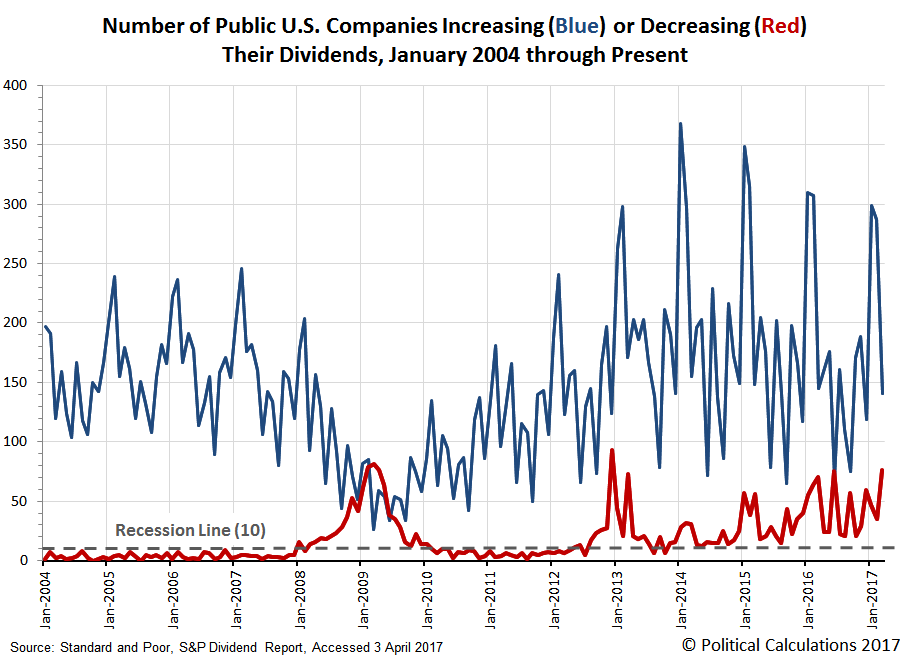 While down from 2016-Q1, perhaps the more important trend to notice here is that the now four-years long decline in the number of dividend cuts appears to be decelerating. Mostly, this is due to the improvement in the U.S. oil and gas industry, where much of the bleeding from the collapse of global oil prices from mid-2014 through early 2016 has stopped. Just not enough as yet to contribute very much to the number of U.S. firms announcing dividend increases.

More distressing however was the number of dividend cuts for March 2017, which tied with April 2009 as the fourth worst-month ever for the number of declared dividend cuts in the U.S., lagging behind the Great Recession market-bottoming months of February 2009 (79) and March 2009 (81), and also the Great Dividend Raid of December 2012 (93).