Although you wouldn't know it from the just completed earnings season for 2017-Q2, the number of dividend cuts announced to date in the current quarter indicate that recessionary conditions have returned in May 2017 after largely having been on hold in April 2017. 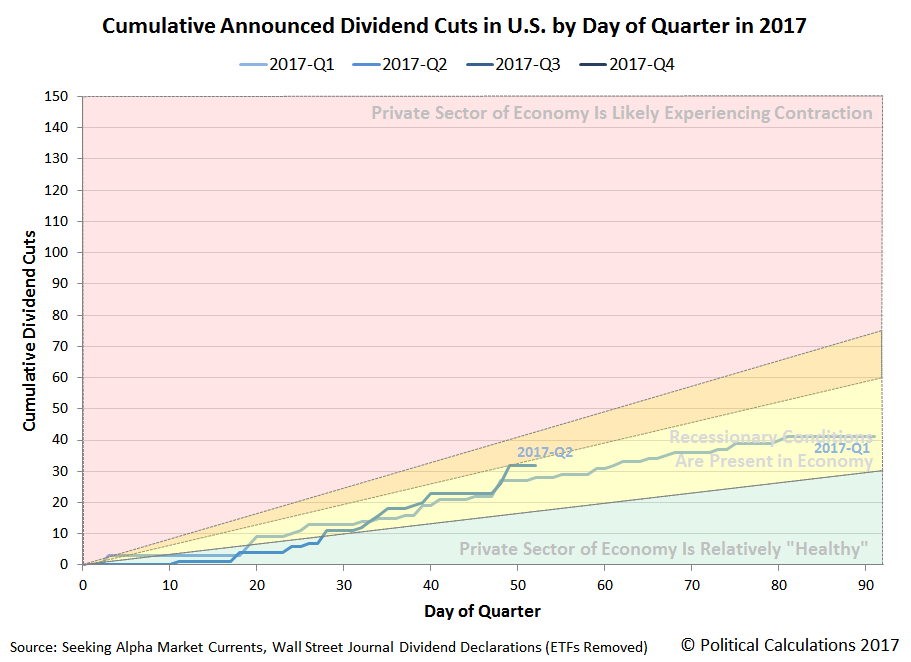 Compared to a year earlier however, 2017-Q2 is still markedly better, with considerably fewer dividend cuts having been announced during the quarter through the same point of time. 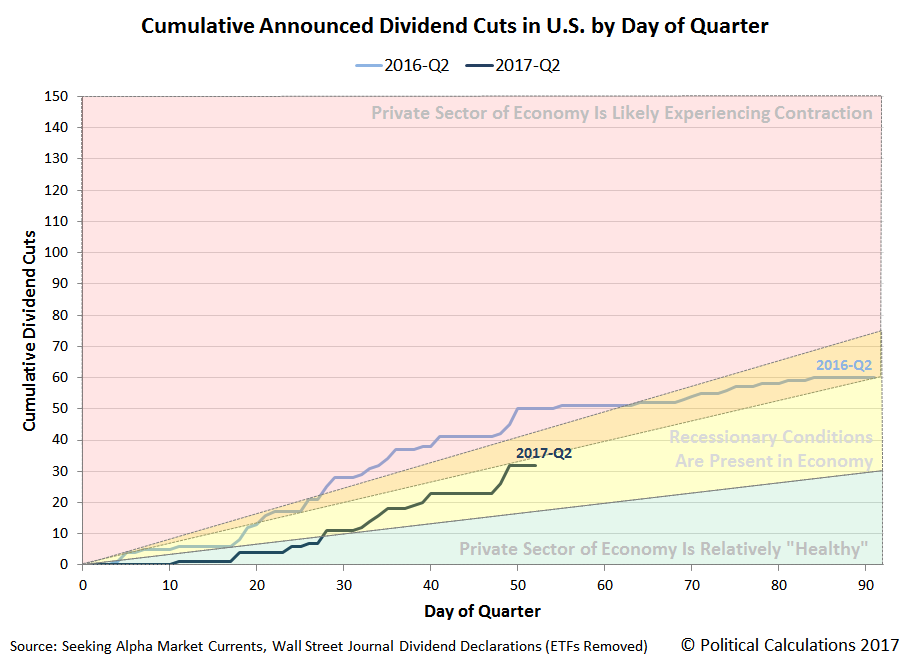 According to the online databases recording dividend declarations in near-real time of both Seeking Alpha and the Wall Street Journal, we can trace the apparent increase in economic distress in the U.S. to the oil and gas sector, where at least six multiple master limited partnerships declared during the last week that they would reduce their monthly dividend distributions to their shareholders by anywhere from 7% to 52%.

Those particular dividend cuts likely have a lot to do with falling revenue attributable to sizable percentage dips in oil and gas prices during the current quarter.

We've also seen recent upticks in the number of dividend cutting firms in the financial sector and also that produce chemicals used in the agricultural sector.

Though we keep hearing reports of struggling U.S. retailers, we have so far only seen one, Stage Stores (NYSE: SSI) announce a dividend cut this year. This will be an industry to watch should retail sales turn negative, increasing the distress in the industry.

Update 25 May 2017: By request, here is the chart comparing the cumulative number of dividend cuts announced in the current quarter of 2017-Q2 and the year-ago quarter of 2016-Q2, excluding the dividend reductions declared by firms in the U.S. oil and gas industry. 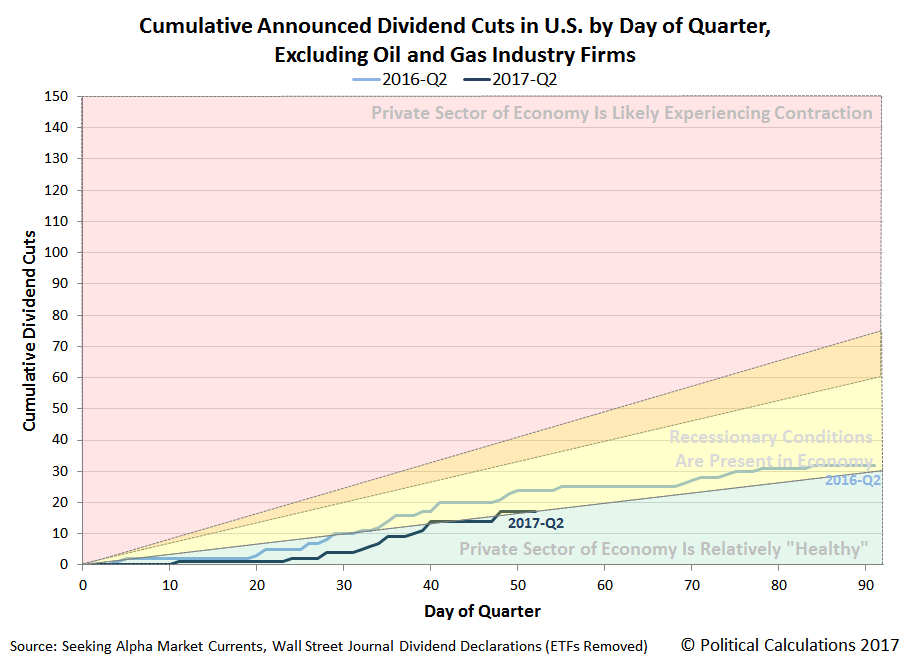 If not for the distress in that sector, the private sector of the U.S. economy might qualify as being relatively healthy in 2017-Q2, whereas in 2016-Q2, the economy was definitely experiencing recessionary conditions outside of the oil and gas industry.