Political Calculations
Unexpectedly Intriguing!
03 May 2017
Dividends by the Numbers for April 2017

In terms of announced dividend cuts, the second quarter of 2017 is off to a remarkably strong start.

The number of announced dividend cuts plunged from 76 in March 2017 to just 14 in April 2017, the largest month-over-month decline recorded for Standard and Poor's dividend declarations data, which extends back to January 2004. The decline of 62 dividend cut announcements beats the previous record holding month of July 2016's decline of 53 from the previous month. 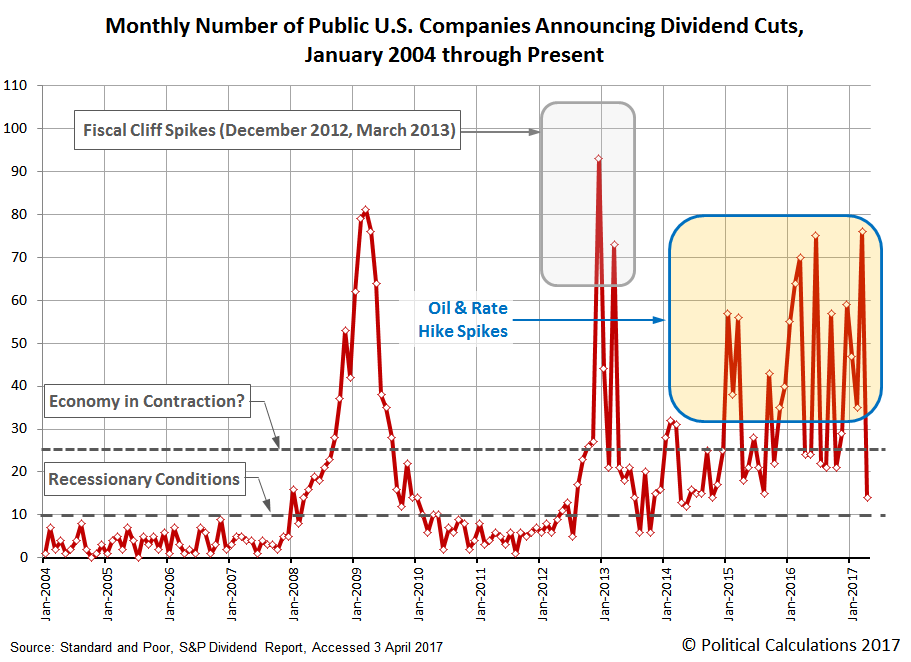 Summarizing other key numbers for April 2017, there were....

April 2017 is also remarkable in that the number of dividend cuts dropped from levels suggesting some degree of contraction occurring within the U.S. economy to simply indicating recessionary conditions being present.

We saw similar improvement in comparing the year-over-year data between the current quarter of 2017-Q2 and the year ago quarter of 2016-Q2 in our real-time sampling of dividend cut announcements. 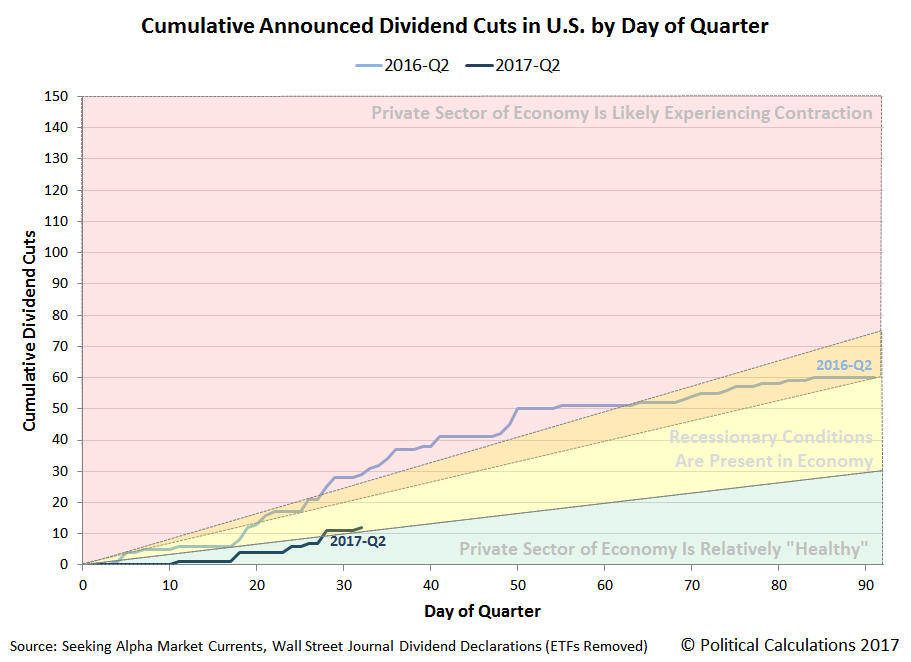 Our sampling captured 12 of April 2017's 14 dividend cuts, with seven coming from the recovering oil and gas industrial sector of the U.S. economy. The other represented industries to date in the quarter include one firm each from the manufacturing, finance, agricultural chemicals, telecommunications, and the Real Estate Investment Trust (REIT) sectors.