It's all about data visualization today as we explore recent trends for new home sales in the United States! Let's get started by looking at the thousands of new home sales recorded by the U.S. Census Bureau in each month from July 2012 through March 2017. 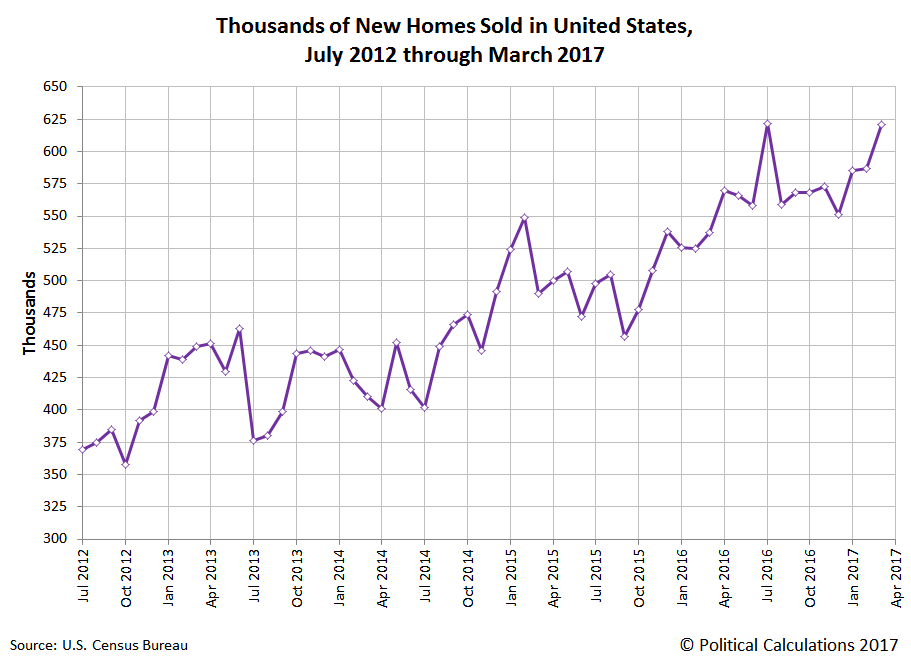 Believe it or not, there are actually three major trends shown in that chart, which becomes more apparent when we look at the trailing twelve month average of median new home sale prices in the U.S. over the same span of time. 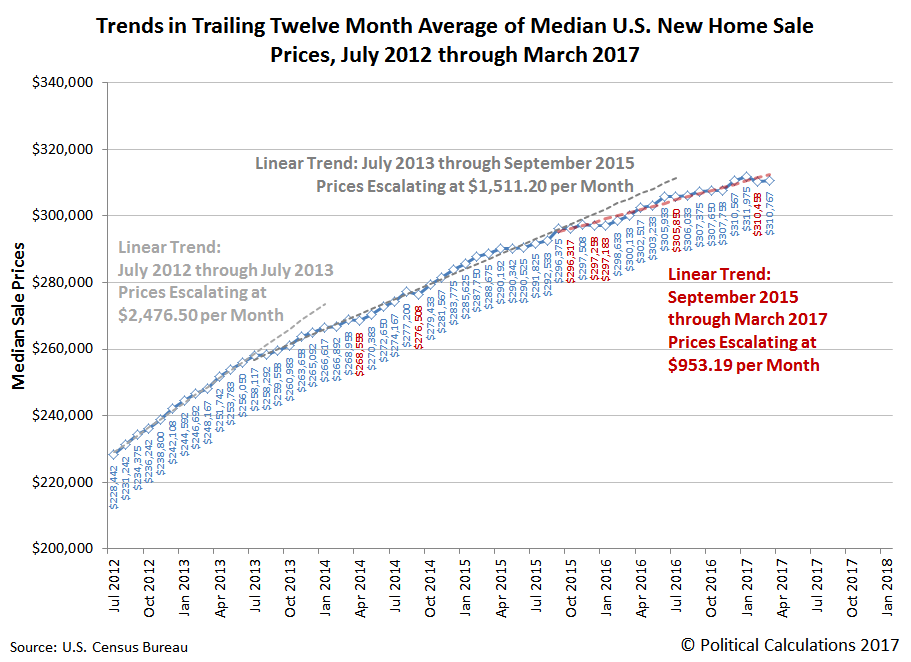 After the first major trend from July 2012 through July 2013 set the pace for rapid price escalation, each subsequent phase of the three most recent major trends for new home sales in the U.S. has been marked by a slowing rate of price increases.

Our next chart shows those median new home sale prices plotted against U.S. median household income, and for more context, shows the monthly data from December 2000 through March 2017. 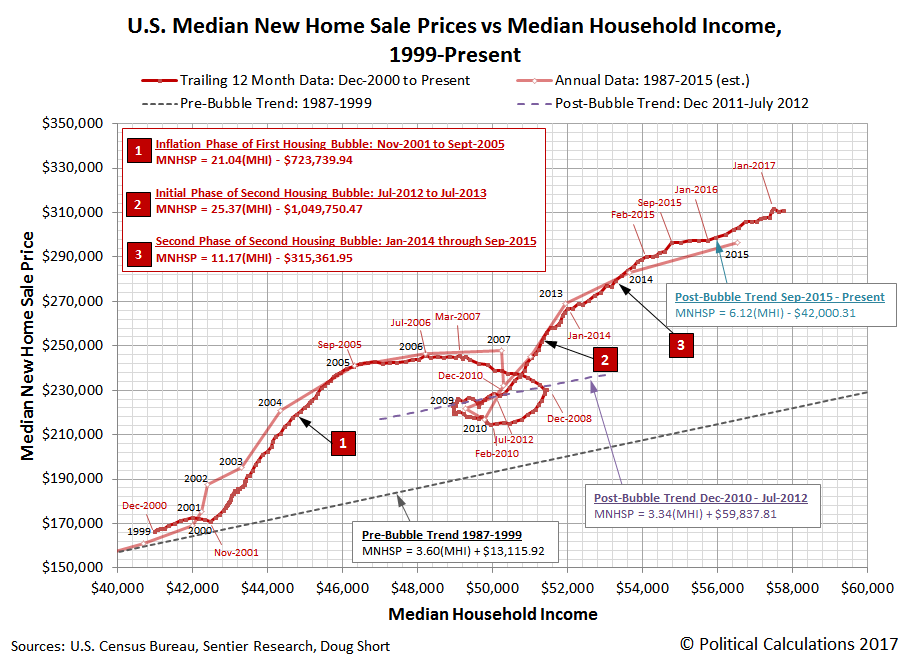 This chart gives an indication of the relative affordability of the median new home sold in the U.S. over this longer period, where the red-boxed numbers 2 and 3 correspond with the first two trends indicated by the charts above, and the "Post-Bubble Trend" (light blue text) indicating the current trend, which has been evident since September 2015 representing the third trend.

At present, the rate at which new home prices are escalating in the U.S. with respect to the median household income is 170% of the rate that was typical in the period from 1987 through 1999, where the median new home being sold today is now at a near record divergence from that much older trend.

If you want to find out more about what's driving new home sale prices in the U.S., Kevin Erdmann provides a pretty basic description of the supply and demand economics that affect how fast housing prices rise in different parts of the U.S. If you want to see where we got all the data we presented in the charts in this post, well, here you go!...