The pace of dividend cuts in 2017-Q3 has decelerated from what we were observing a month ago, where suddenly, 2017-Q3 is perhaps shaping up to be the best quarter to date in 2017. The following chart compares where the cumulative number of dividend cuts announced in 2017-Q3 stack up against similar points of time in the two preceding quarters of 2017-Q1 and 2017-Q2. 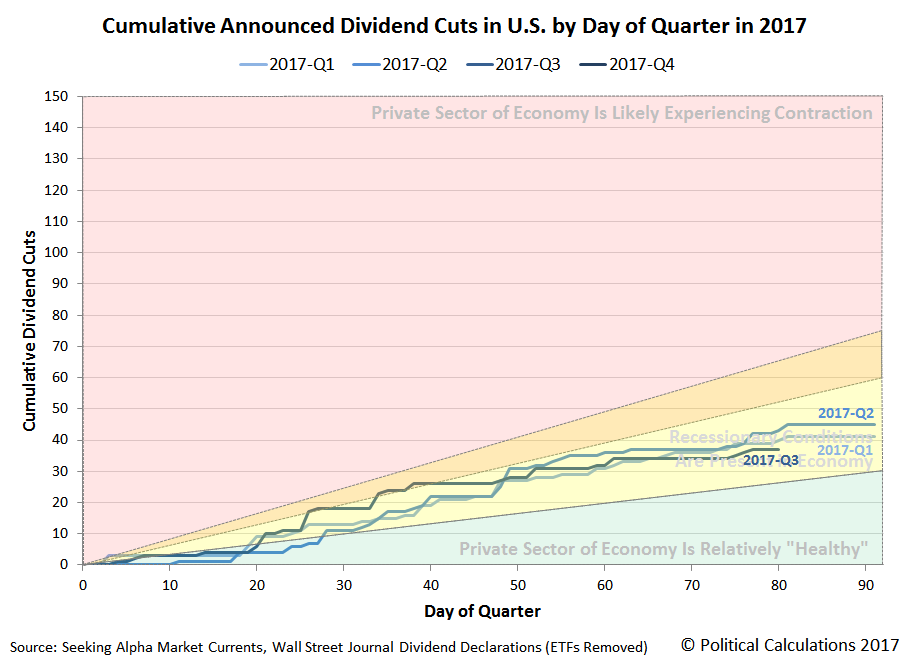 Despite having the potential to be the best quarter in 2017, the pace of dividend cuts for the third quarter is at a level that is consistent with recessionary conditions being present in the U.S. economy. Based on our near-real time sampling of dividend cut declarations, those conditions are largely concentrated in the oil and gas industry, which has accounted for 23 of the 37 dividend cuts announced since 1 July 2017. The financial and real estate industries rank second, accounting for 10 of dividend cuts that have been announced so far during 2017-Q3. 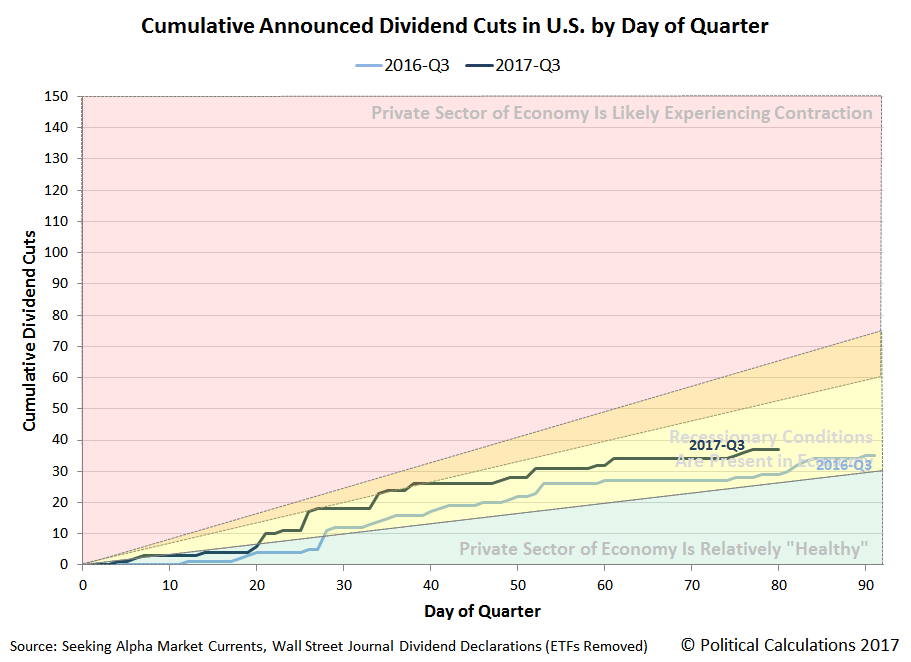