The just released new home sales data for August 2017 is preliminary, and the data for June and July 2017 is still subject to revision, but it looks like the market capitalization of the new home sales market in the United States may have topped out.

You can see what we mean in the following animated chart that shows the trailing twelve month averages of both the nominal market cap and the inflation-adjusted market cap for new home sales in the U.S. from December 1975 through August 2017. 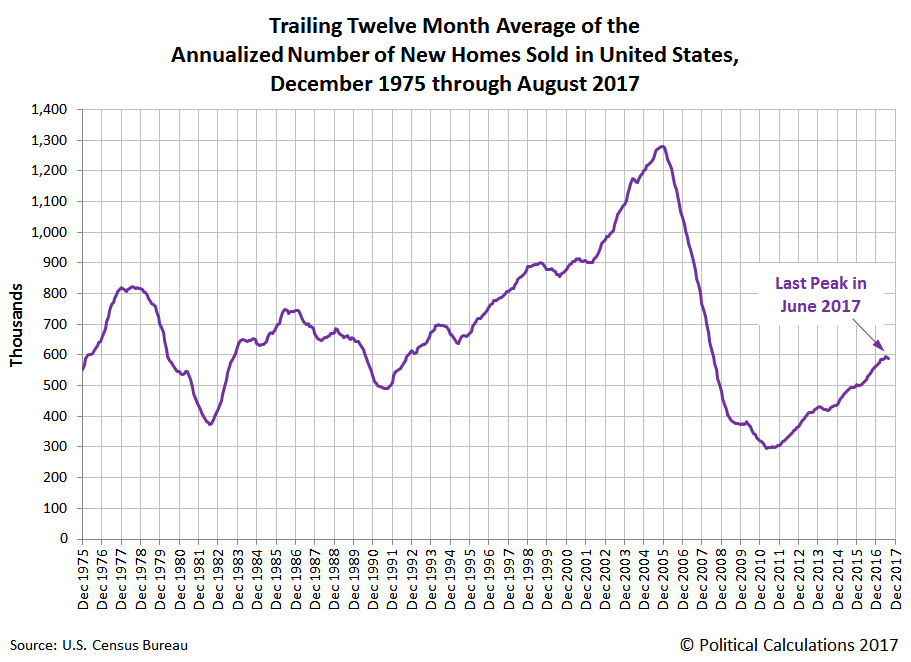 This information confirms that the declines are not concentrated in the "South" census region, which might be expected in the aftermath of both Hurricane Harvey in Texas and Hurricane Irma in Florida, which both fall within the South census region. If anything, the "West" region has been the most negatively impacted in the period from March 2017 through August 2017.

What that suggests is that the topping of the market capitalization of new home sales in the U.S. is perhaps more directly attributable to a slightly delayed reaction by U.S. new home consumers to the series of interest rate hikes undertaken by the Federal Reserve since December 2016.