In just two years, the United States has become one of the world's major oil exporting nations, going from virtually $0 to nearly $22 billion worth of oil shipments being sent out of U.S. ports in the last year after the U.S. Congress lifted a 40 year old ban on the export of crude oil from the nation.

The following chart shows the value of the amount of crude oil exported in each month to the world and also just to China since the ban was lifted in December 2015. 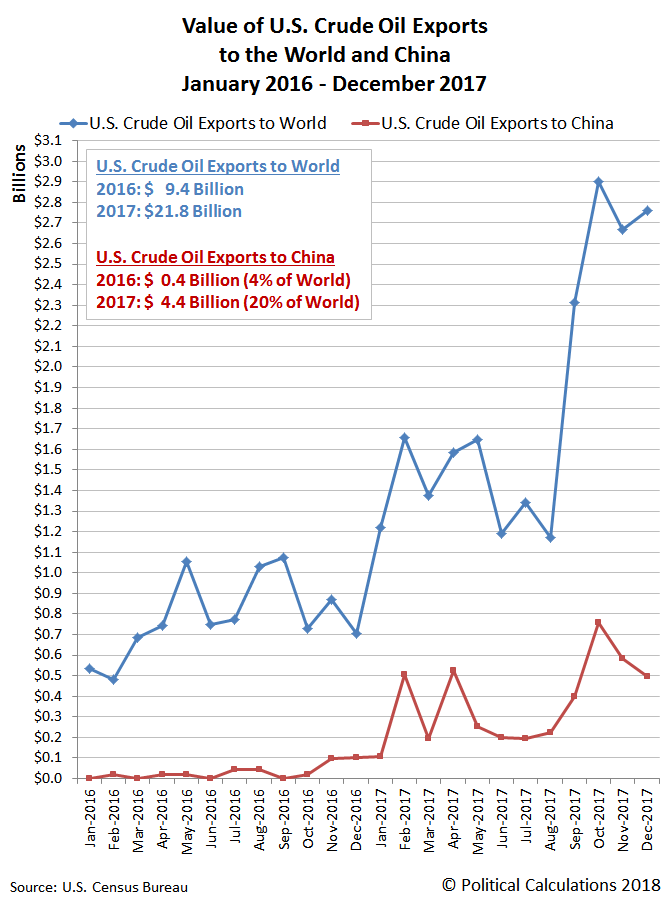 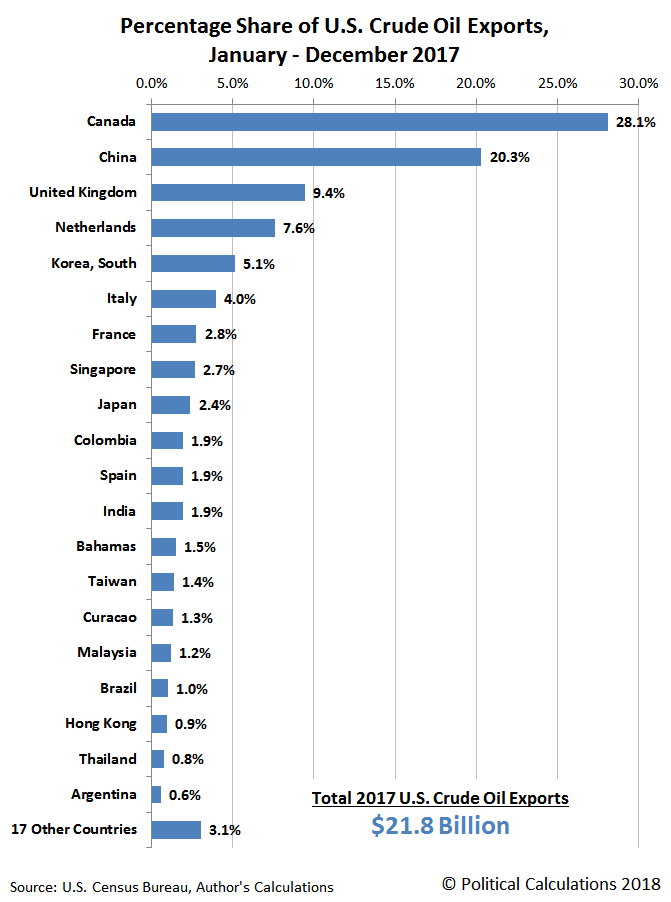 Bit by bit, the U.S. petroleum industry is turning world oil markets inside out.

First, sharp drops in U.S. imports of crude oil eroded the biggest market that producers like OPEC had relied on for many years. Now, surging U.S. exports – largely banned by Washington until just two years ago - challenge the last region OPEC dominates: Asia.

U.S. oil shipments to China have surged, creating trade between the world's two biggest powers that until 2016 just did not exist, and helping Washington in its effort to reduce the nation's huge trade deficit with China.

The transformation is reflected in figures released in recent days that shows the U.S. now produces more oil than top exporter Saudi Arabia and means the Americans are likely to take over the No.1 producer spot from Russia by the end of the year.

2018 could be very good for the U.S. oil production and export industry. It's hard to believe that just seven months ago, we were lucky to stumble into what was then a hidden story for U.S.-China trade that has since become one of the biggest economic stories of 2017.