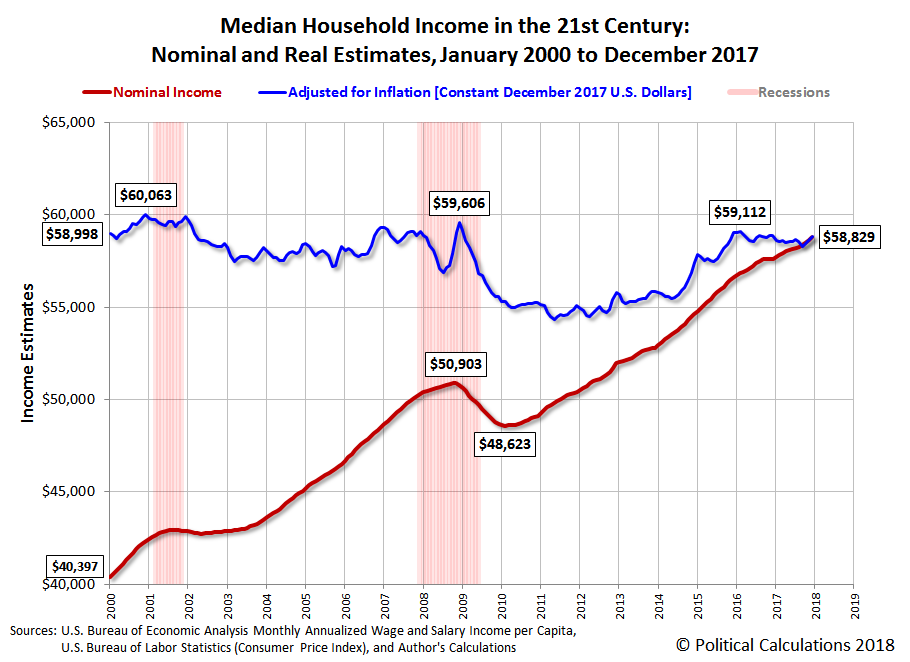 In nominal terms, which provide perhaps the best indication of the state of the U.S. economy for typical American households, we find that the pace of growth of median household income has turned up in the period from September through December 2017, after having been in a decelerating trend since mid-2014.

After adjusting the monthly nominal household income estimates for inflation, so that they are expressed in terms of constant December 2017 U.S. dollars, we also find an uptick in so-called "real" median household income in recent months, which has come after this measure dipped sharply from July to September 2017. This period coincides with the impact of Hurricane Harvey and Hurricane Irma, which caused a short term spike in the prices of consumer goods and construction materials in Texas, Florida and in other states along the gulf coast, which has since largely dissipated.

These recent trends are easier to see in the following chart, where we have presented the year over year growth rate of median household income in the U.S. in the period from January 2001 through December 2017. 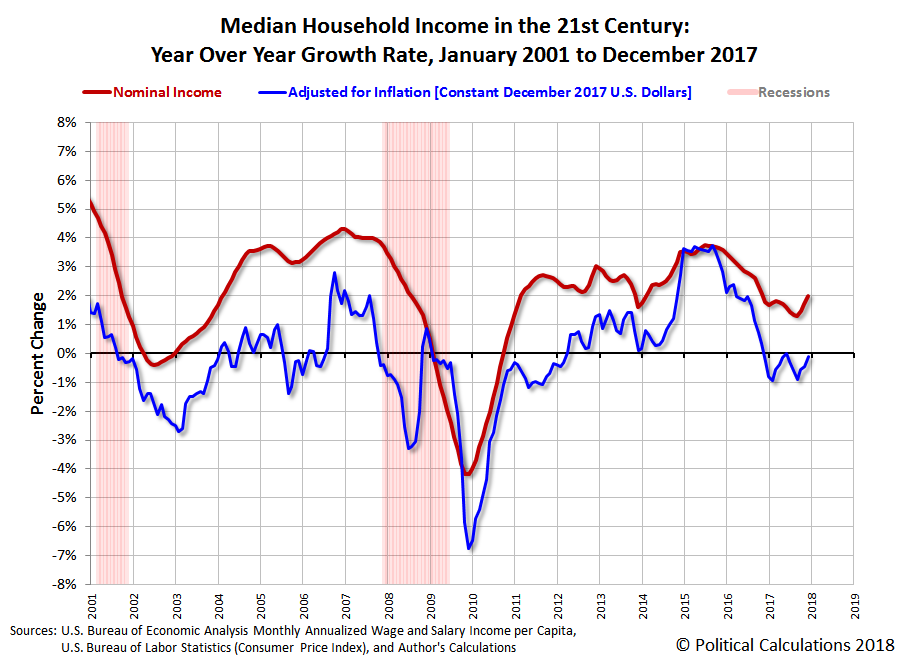 We've incorporated our first major data revision in this month, where the U.S. Census Bureau has revised its population estimates for each month going back to April 2010. Meanwhile, the U.S. Bureau of Economic Analysis' personal income estimates have yet to see significant revisions, which for the data published on 29 January 2017, only involves very minor changes in the data published in the last three months.

Using our previous November 2017 estimate of $58,741 as a reference, which was based on pre-population revision figures, we would now estimate nominal median household income for that month to be $77 lower, or $58,664, where our estimate for December 2017's nominal median household income of $58,829 represents a 0.3% increase from this revised figure. In our charts above, we have fully incorporated the effects of the population data revision for all months in our analysis according to the methodology that we've previously established, where our revised estimates fall within 0.13% of their previously indicated values, and where this largest percentage change applies for the month of November 2017.