How are U.S. companies responding to having less of their revenues taxed by Washington D.C. after the passage and implementation of the Tax Cuts and Jobs Act of 2017?

As we've seen throughout this past week, reduced taxes have significantly increased projected corporate earnings per share by a sizable margin, where many firms have used their recently unburdened funds to repurchase their own shares in what looks set to be record numbers.

Other U.S. companies however are providing a more direct benefit to their shareholders in boosting their cash dividends, where since we've already covered the number of dividend increases and increases for the entire U.S. stock market in January 2018, the first month under the new tax law, we thought we'd go the extra mile to see how much dividends are changing.

To do that, we'll be sampling Seeking Alpha's Dividend News database to identify the U.S. companies that declared that they would either increase or decrease their dividends in January 2018, which we'll compare with a similar sample extracted from the same source in January 2017. The following chart summarizes the number of dividend increases and decreases that were declared by U.S. firms whose stocks trade on the NYSE and NASDAQ exchanges in those periods that are included in our sampling. 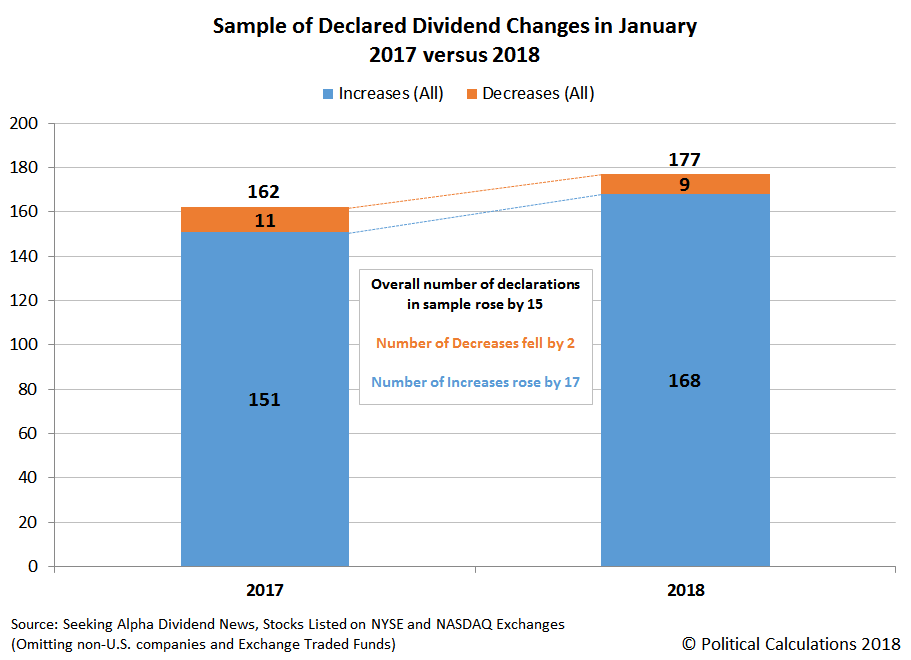 The quick text summary of the data in the chart is as follows:

So we see that in terms of pure numbers, 2018 is ahead of 2017. But what about the size of the dividend changes being declared? 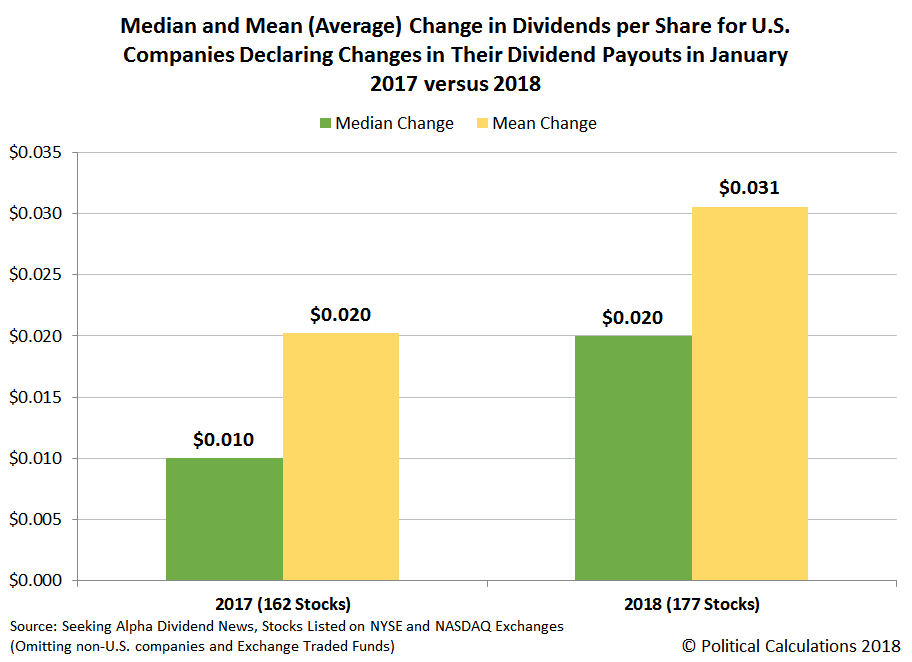 Focusing on the changes from 2017 to 2018, here's the text summary of the dividend data in this chart:

Multiply those changes by millions of shares, and suddenly, we're talking about some serious money! It's not as large as what we're projecting will go toward share buybacks in the immediate aftermath of the implementation of the new tax laws, but both are venues by which the 54% of American households that own stocks in some form can benefit from what U.S. companies are doing with the newly unburdened earnings in their financial accounts.